In December 2010 a significant and unprecedented storm event overwhelmed the Victor Valley, causing damage to several interceptors owned by the Victor Valley Wastewater Reclamation Authority. Record flows in the Mojave River caused sand and debris to infiltrate the system in the Upper Narrows area, resulting in a mixture of river water and wastewater released below the surface of the Mojave River. Following the discovery of the damaged pipe, VVWRA built an emergency bypass to circumvent the damaged section of pipeline.
The VVWRA approved a plan to repair the damaged pipeline by replacing the river outfall with a new pipeline. The majority of the cost of the project was funded by the Federal Emergency Management Agency (FEMA) and the California Emergency Management Agency (CalEMA) due to the storms being declared an emergency.

The scope of work included the installation of new HDPE and FPVC gravity sewer pipelines by both microtunnel and rock tunnel construction and open trench cut and cover at multiple locations. The pipe segments include a reach located under active BNSF Railroad properties; the installation of a siphon underneath the Mojave River; and the re-connection of an existing sewer to the new sewer interceptor at three separate locations. Other components of the project include the installation of new PVC-lined manholes; temporary dewatering to install the new gravity sewer interceptor; the protection of existing utilities; removal of contaminated soils and replacement with imported fill materials; treatment of contaminated groundwater; and the abandonment of select portions of the existing sewer interceptor.

The site for the launch pit for the 99-foot, 60-inch diameter pipe ramming work under the BNSF railroad property is located in an environmentally sensitive area with nesting areas for ravens and other birds. This portion of the project included continual daily monitoring of the rail line to ensure no damage occurred due to settling. The project was completed successfully with no action required relating to the settlement.

The project included 4,070 feet of 48-inch HDPE carrier pipe installed in Permalok steel casing with two 60-inch diameter microtunnel drives of 971 and 1,850 feet and a 1,250 foot 80.5-inch rock tunnel was constructed in a single drive using a rib and board liner system in difficult rock conditions. The launch and reception shaft excavations were supported using sheet piles. Additionally, a 1,736-foot horizontal directional drill under the Mohave River was constructed and lined with a 16-inch Fusible PVC pipe. Finally, 485 feet of 48-inch HDPE open trench was installed. 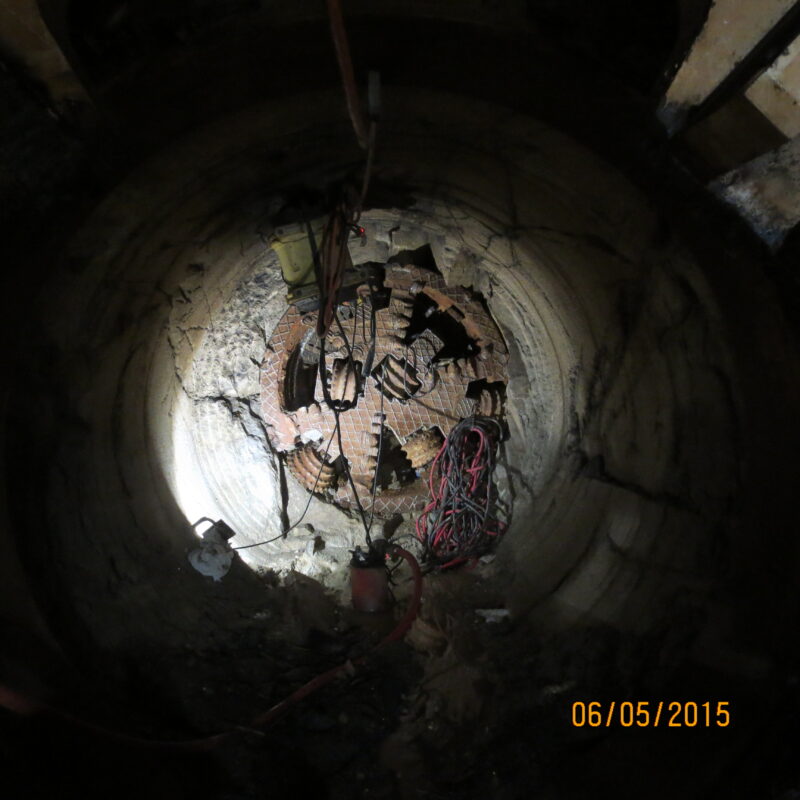 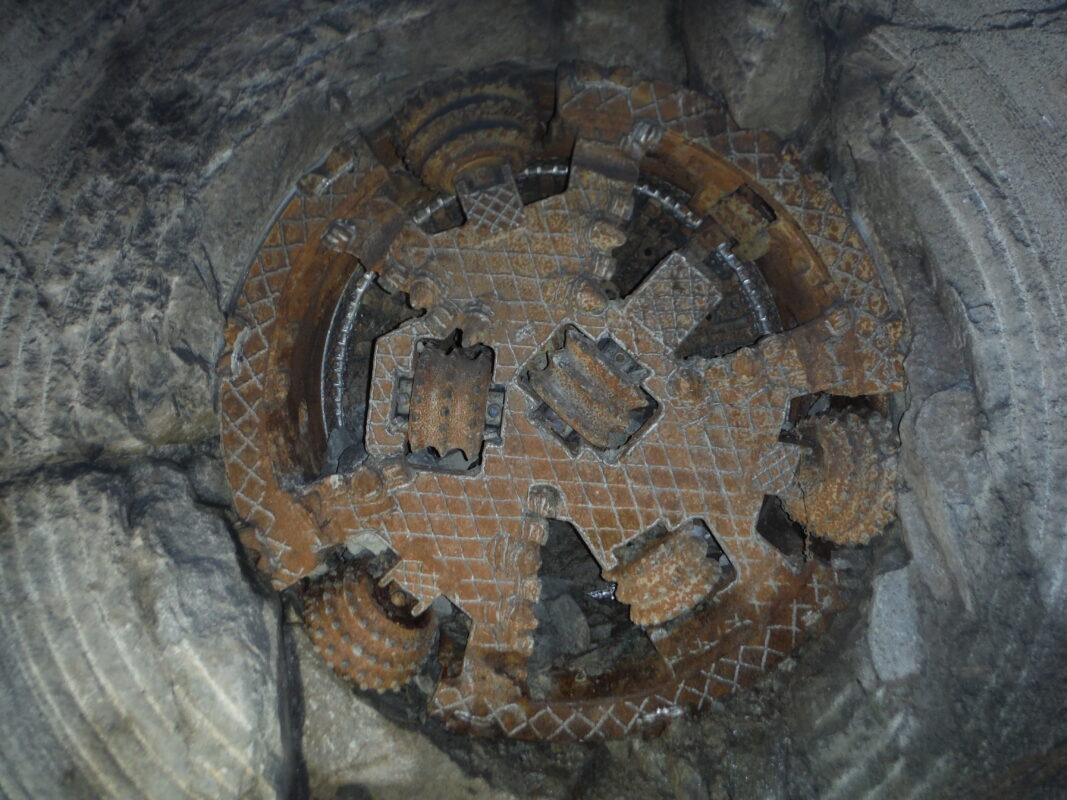 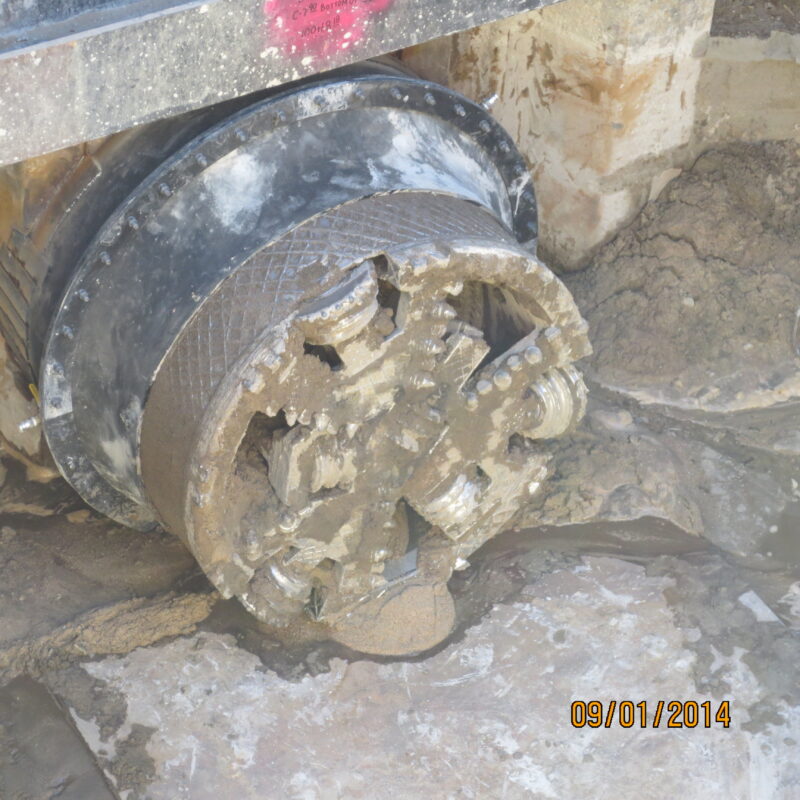 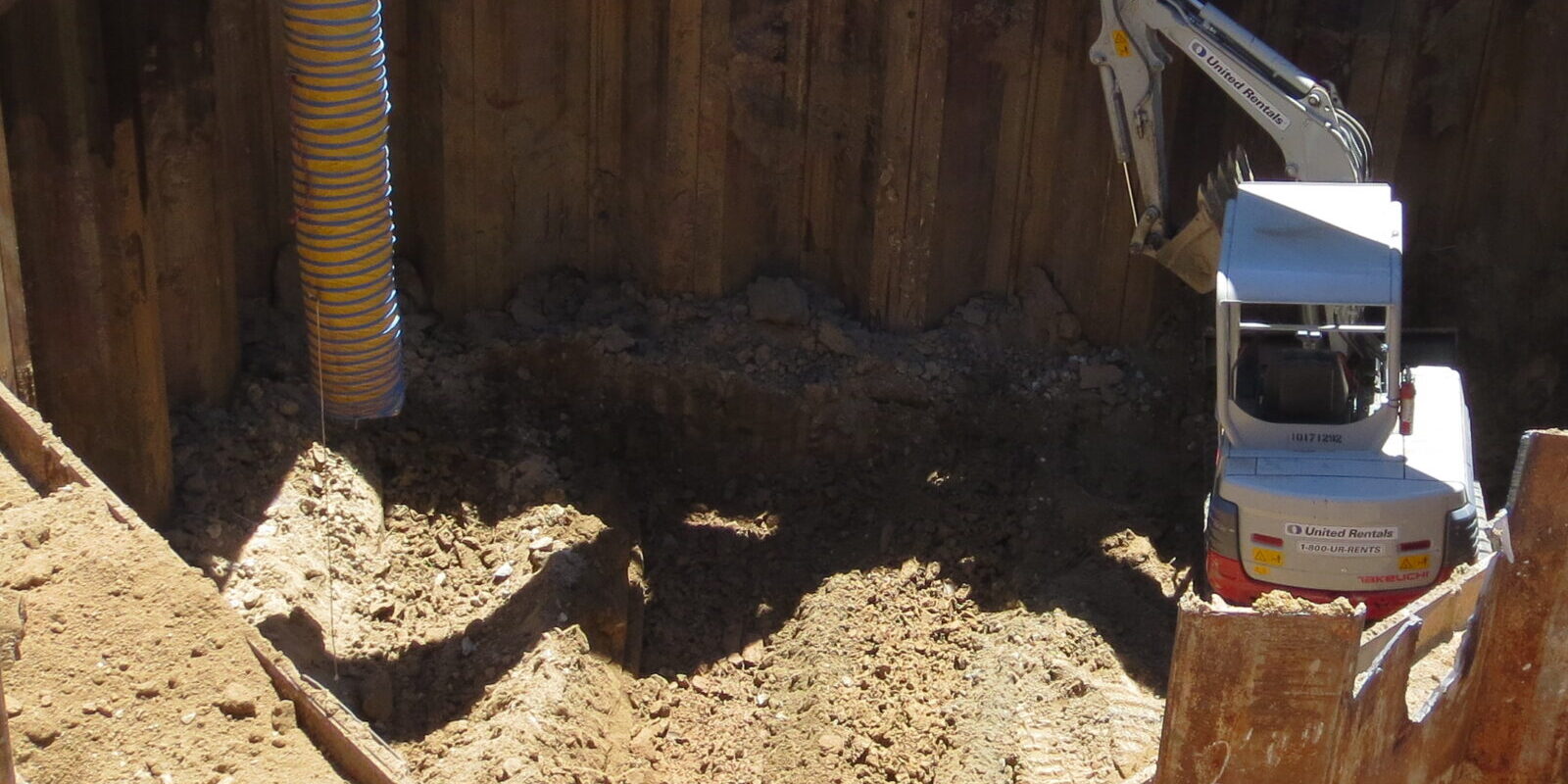 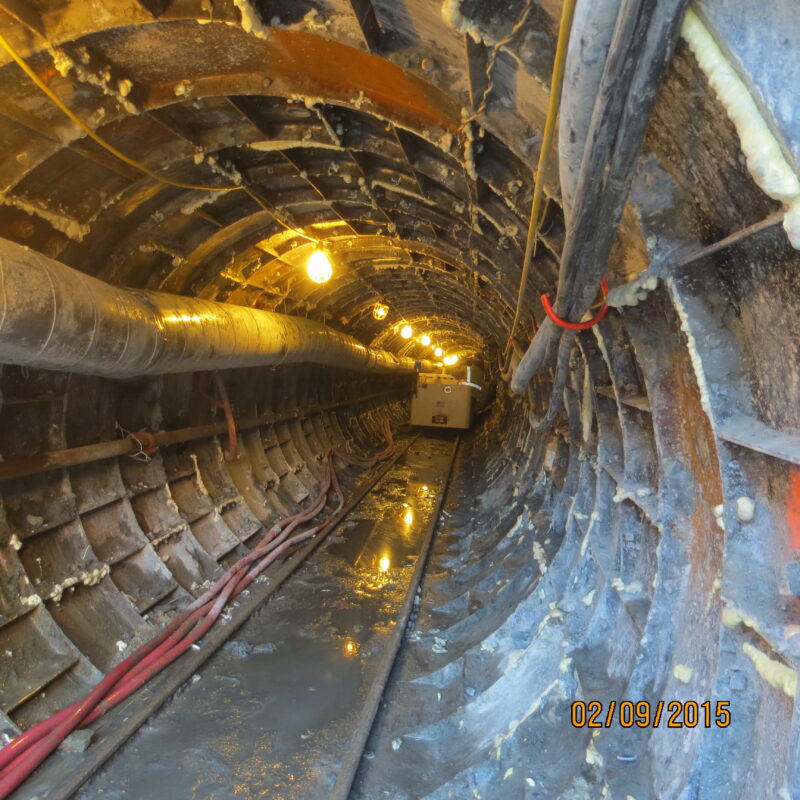 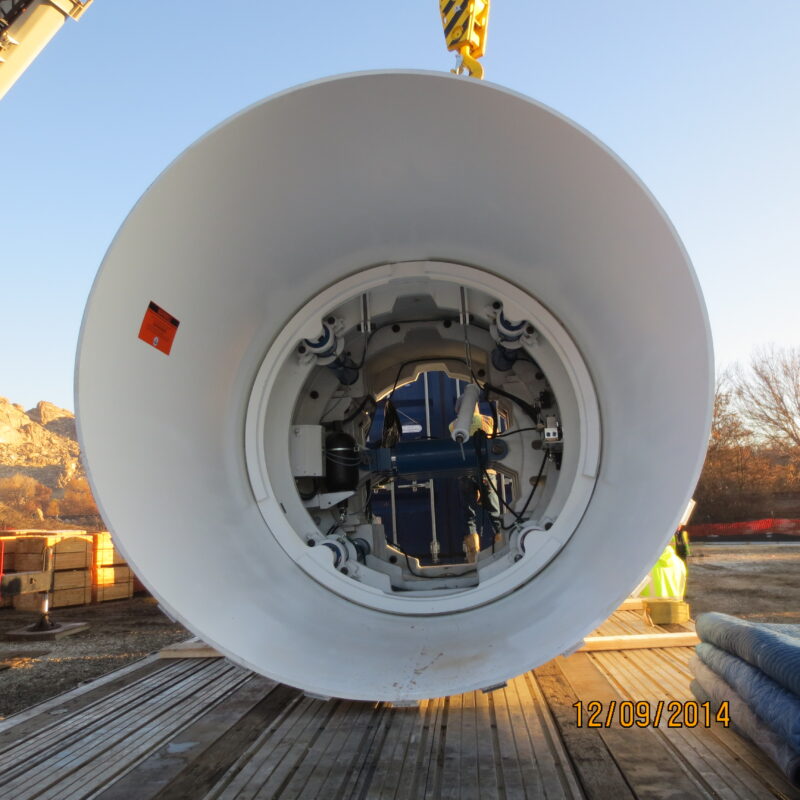 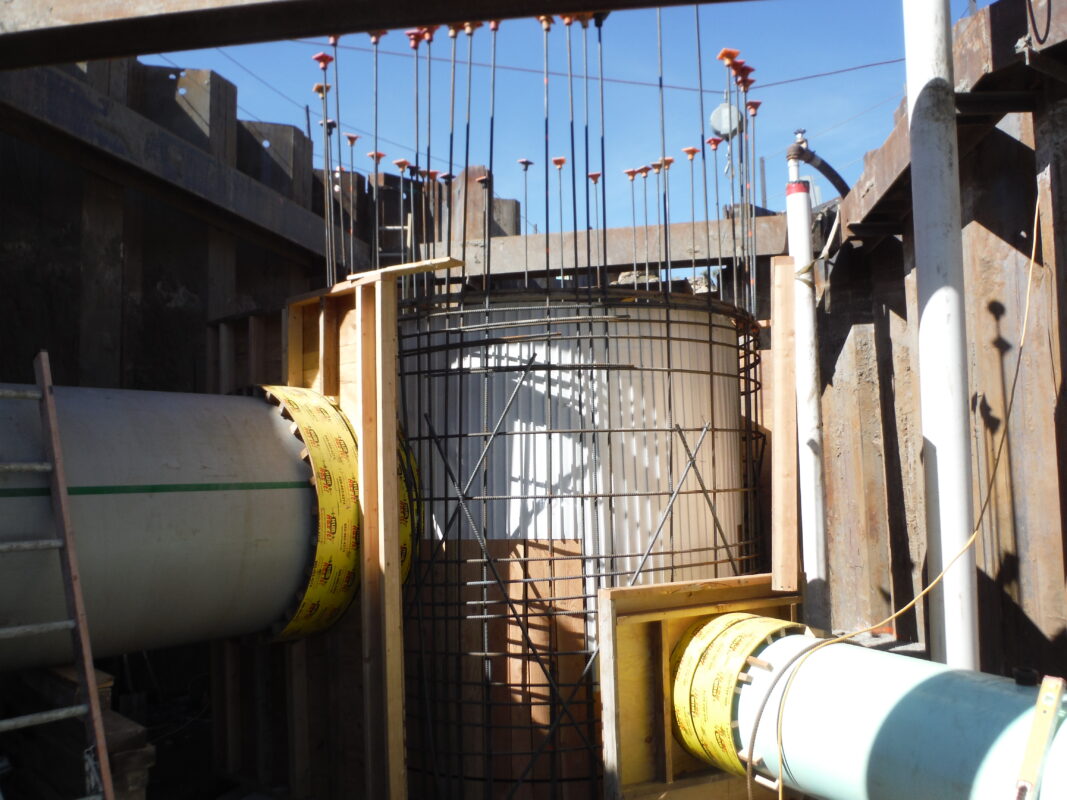