JWF partnered with the City of Portland Bureau of Parks and Recreation and a host of other stakeholders including the City’s Bureau of Environmental Services, Bureau of Development Services, Department of Transportation and Water Bureau; TriMet; Oregon Department of Transportation; Portland Development Commission and the South Waterfront neighborhood to construct the first of several improvements proposed for the area.

This 100-foot wide regional park extends along the riverbank and near-shore area of the Willamette River for a little over a mile between the Marquam Bridge and an existing trail at John’s Landing. This project also was one of the first in the region to attempt large-scale restoration of a blighted riverbank into functioning habitat for threatened and endangered fish. JWF excavated 17,000 cubic yards of material during the project.

The park design includes a mix of lawn, park and plaza areas, separate asphalt paths for bicycles and concrete pedestrian trails, and habitat improvements at the river’s edge, including a shallow gravel bench. JWF also installed welded steel artwork shaped like a ship’s hull in the park that echoed the river’s past as a marine industrial dock and benches for users to sit and admire the river views.

Existing conditions on this reach of the riverbank generally were characteristic of the degraded conditions found along large floodplain rivers flowing through heavily urbanized landscapes: steep armored banks; dumped industrial debris; scant, mostly non-native vegetation; and remnants of marine industrial dock and berthing structures. The project included removal of deleterious material, reshaping the riverbank slope and upland areas, and revegetation of the banks.

The plans called for a retaining wall to be built on the riverbank to support the bank from erosion. In a value engineering proposal to the City, JWF offered concrete vaults that could be filled with topsoil and used for planting. The City accepted our proposal that added to the aesthetic of the finished park.

With the various contaminants known to be in the area; including asbestos, lead and polychlorinated biphenyl (PCB); the project required careful monitoring of turbidity and hazardous material removal. The DEQ was onsite during all disposal activities and rewarded our firm with high marks for our performance.

The project was located in a busy urban redevelopment area and several other projects were ongoing in the area including TriMet’s Portland-to-Milwaukie Transit Bridge, SW Moody Avenue Roadway and Track Relocation, the OHSU Life Sciences Building, and the Gibbs Street Pedestrian Bridge requiring coordination with a multitude of contractors and subcontractors. 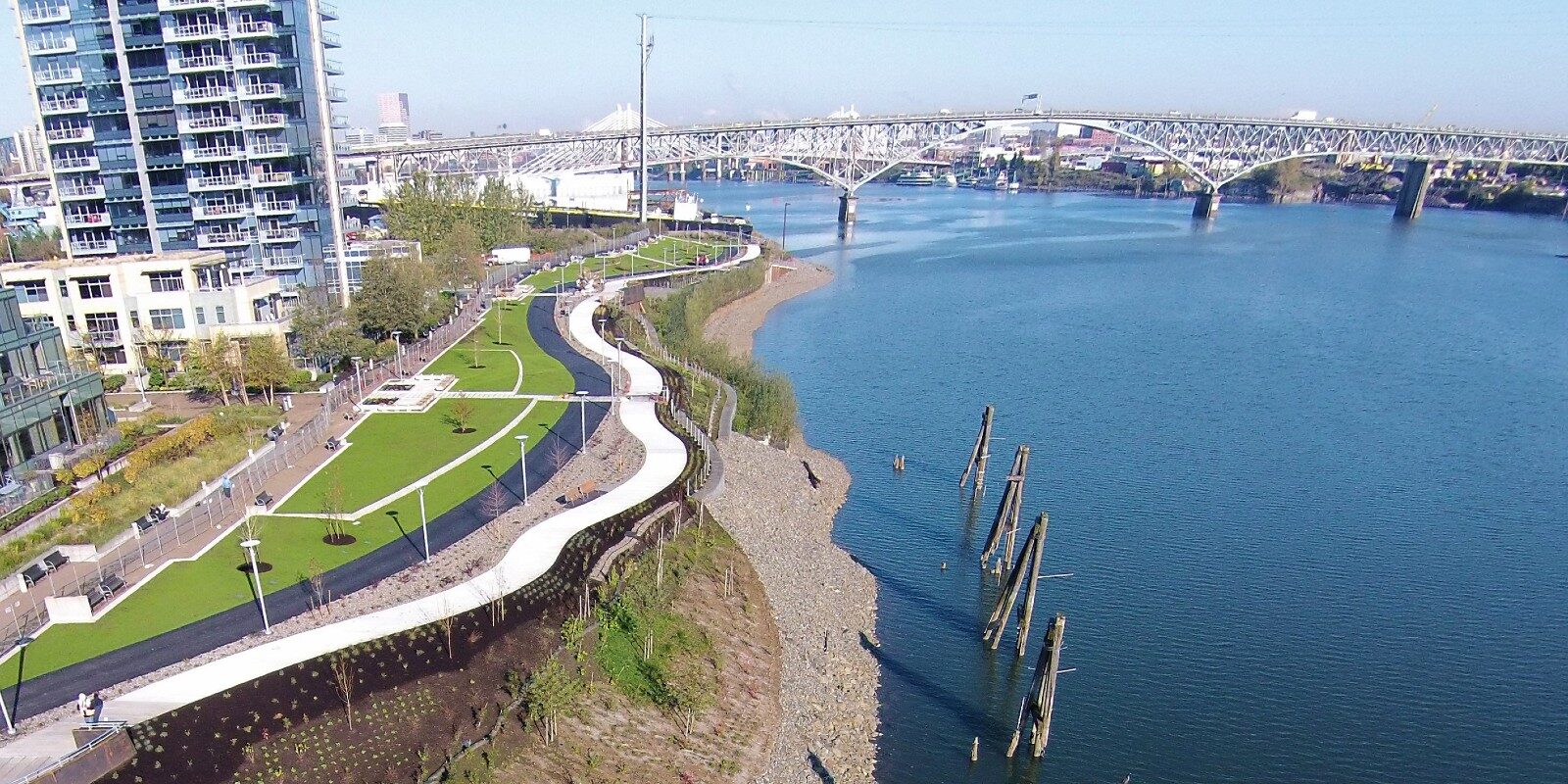 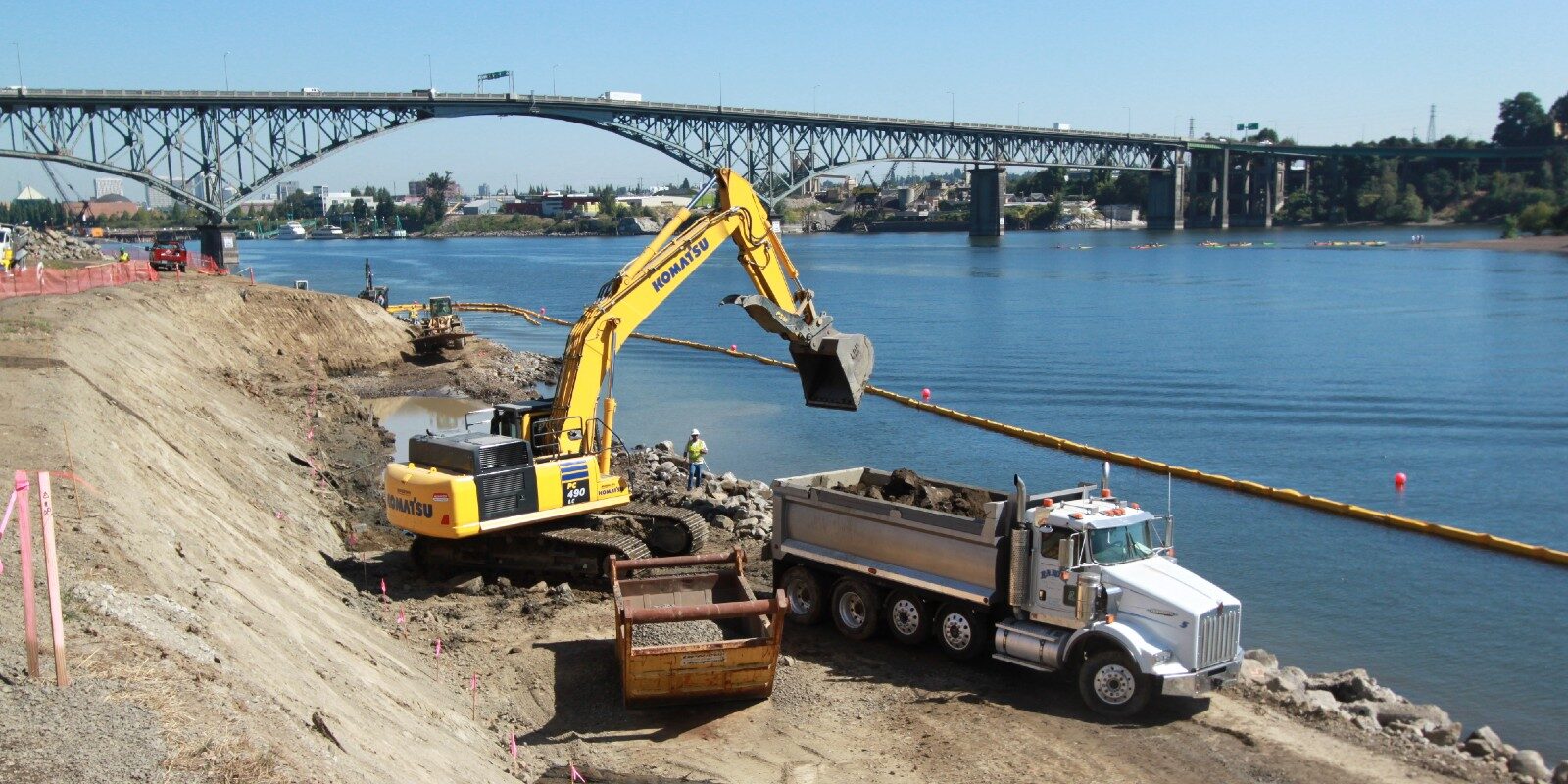 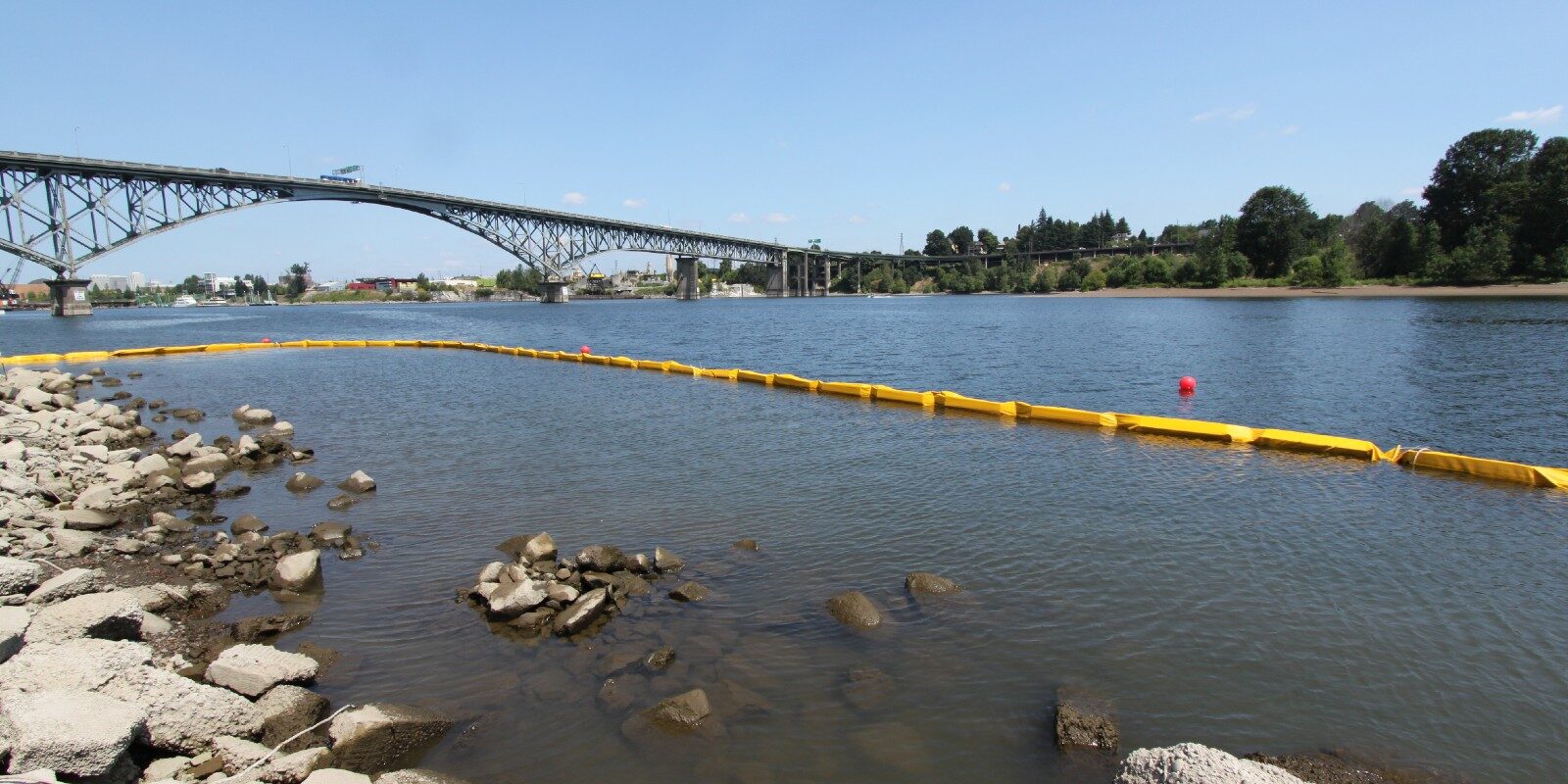 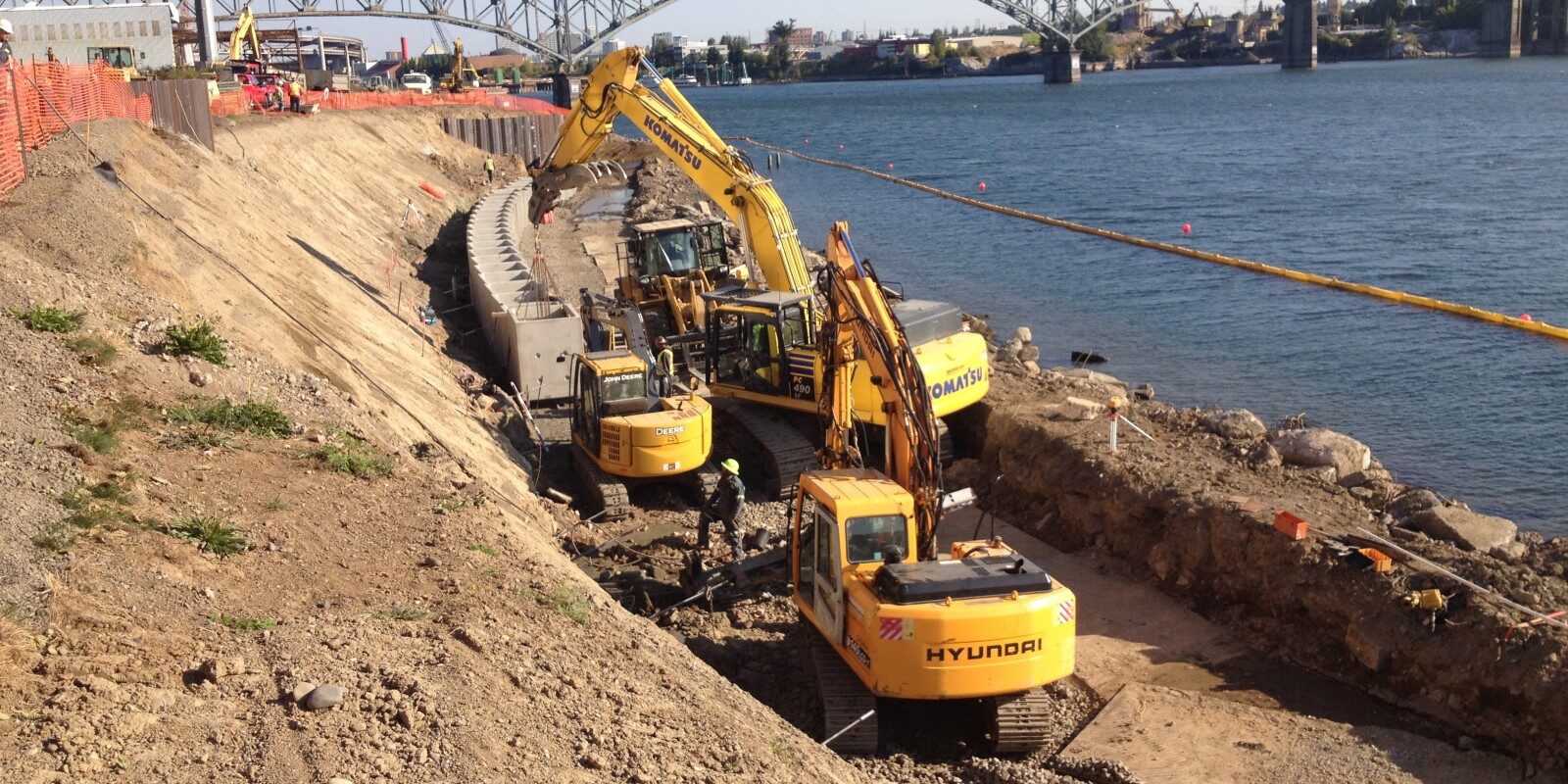 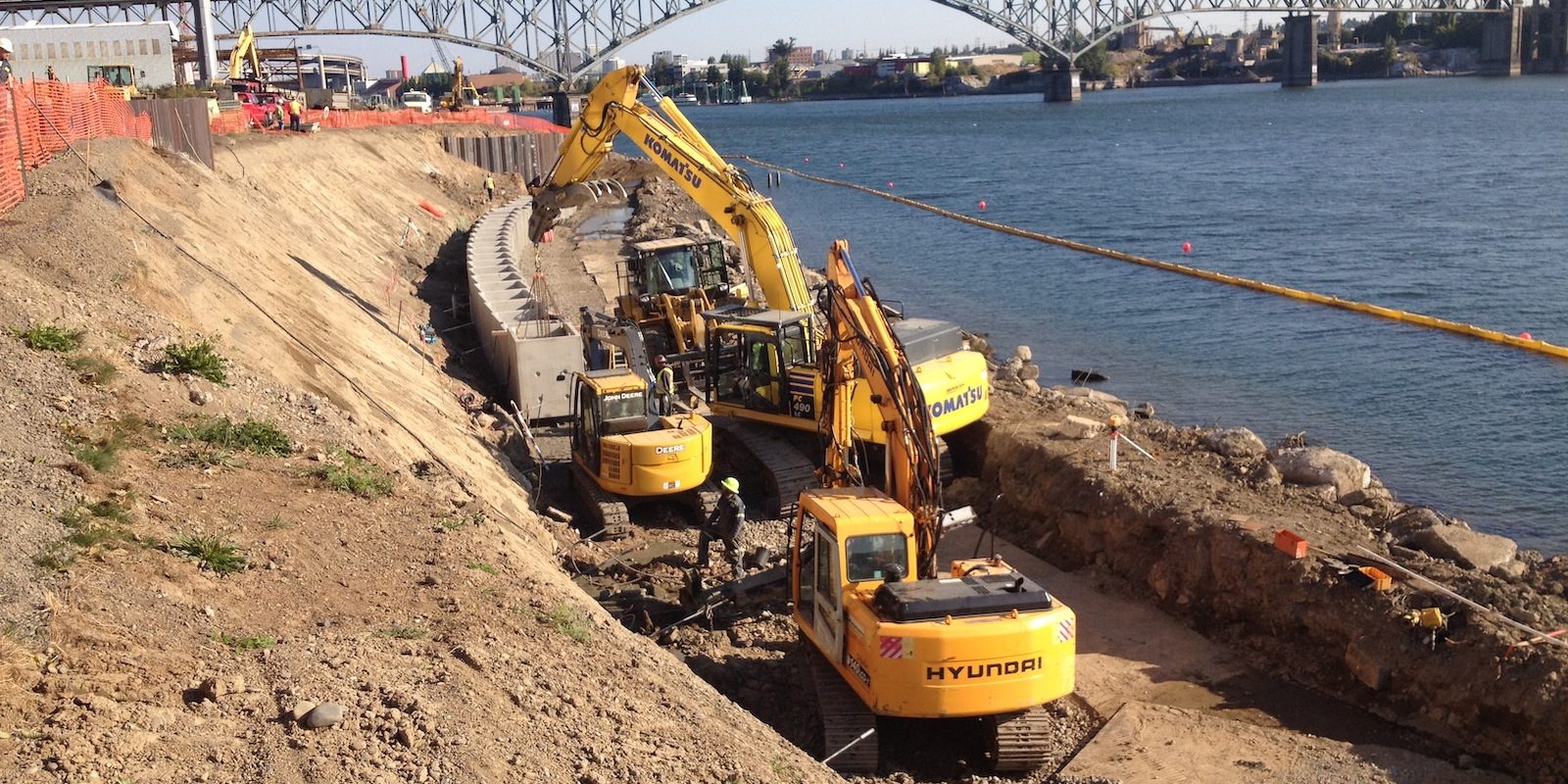 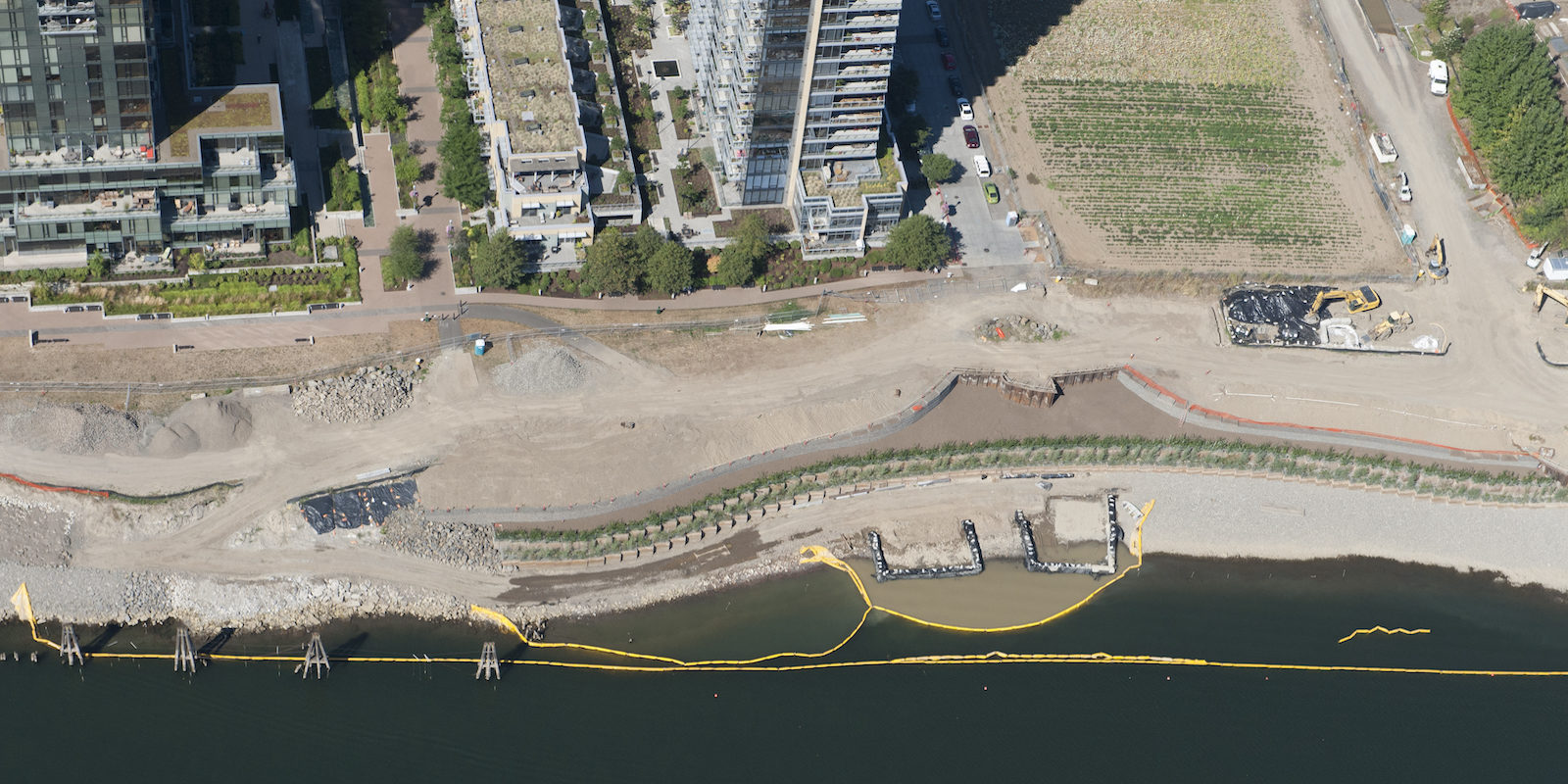 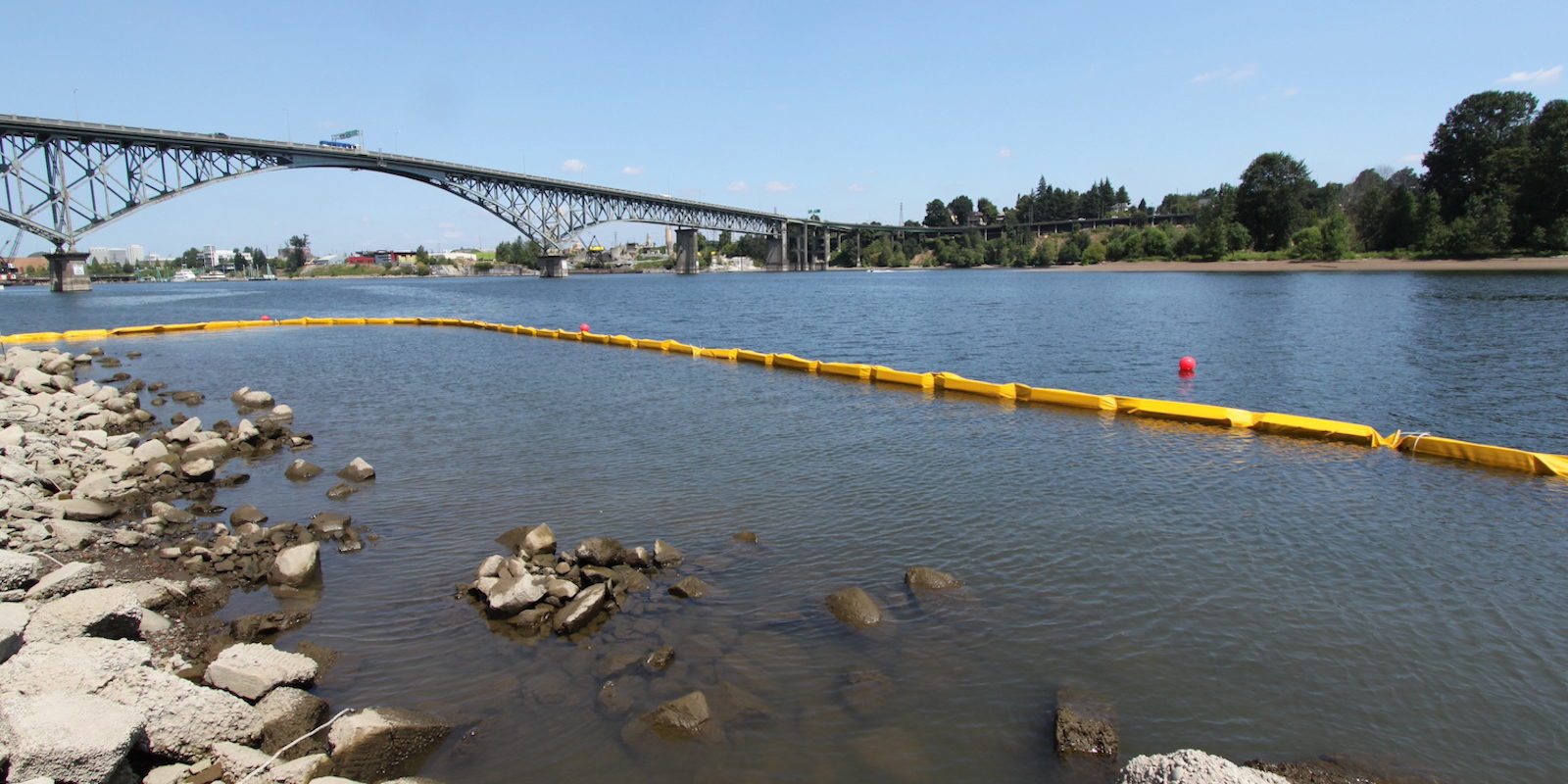 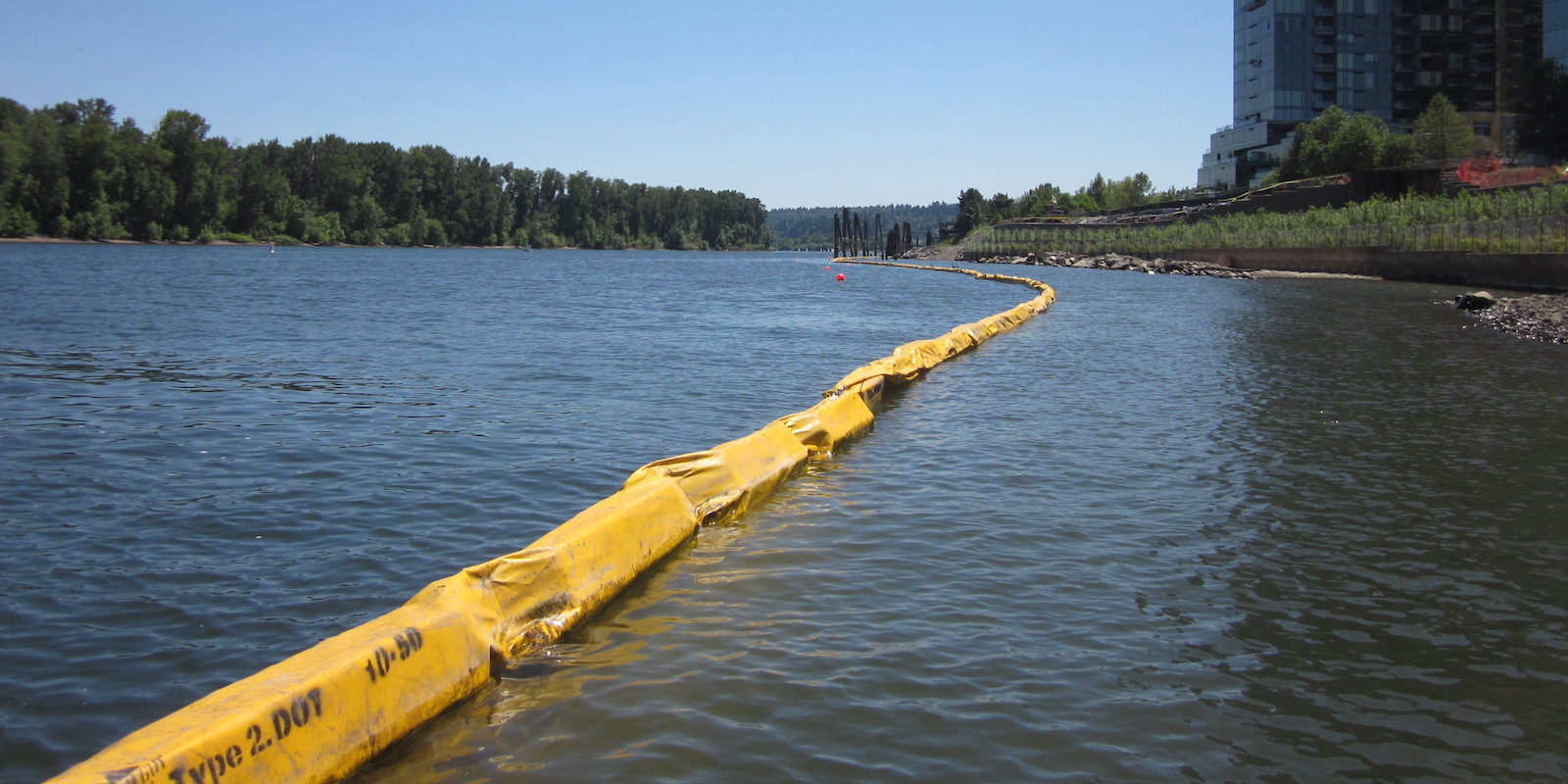 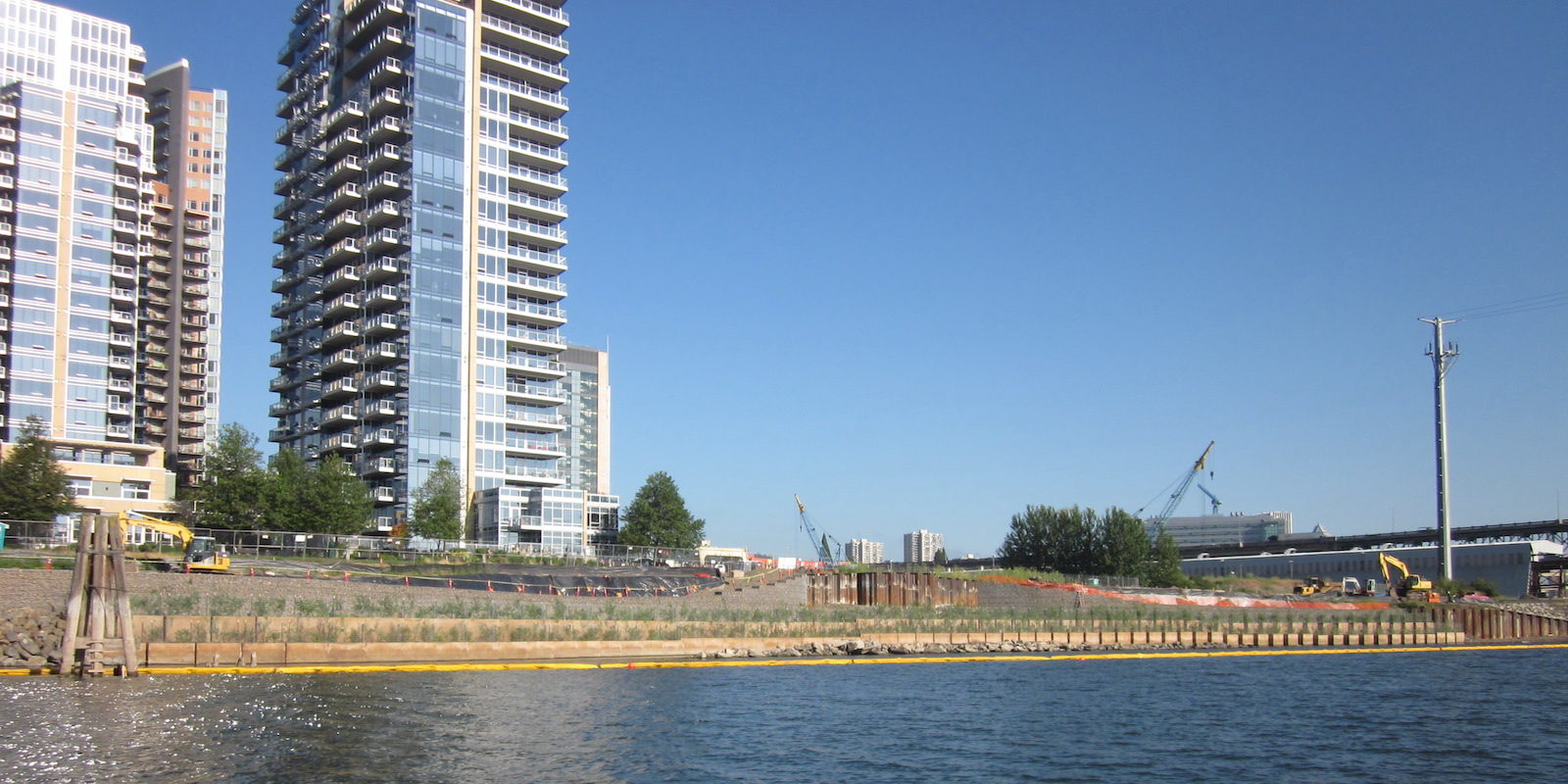 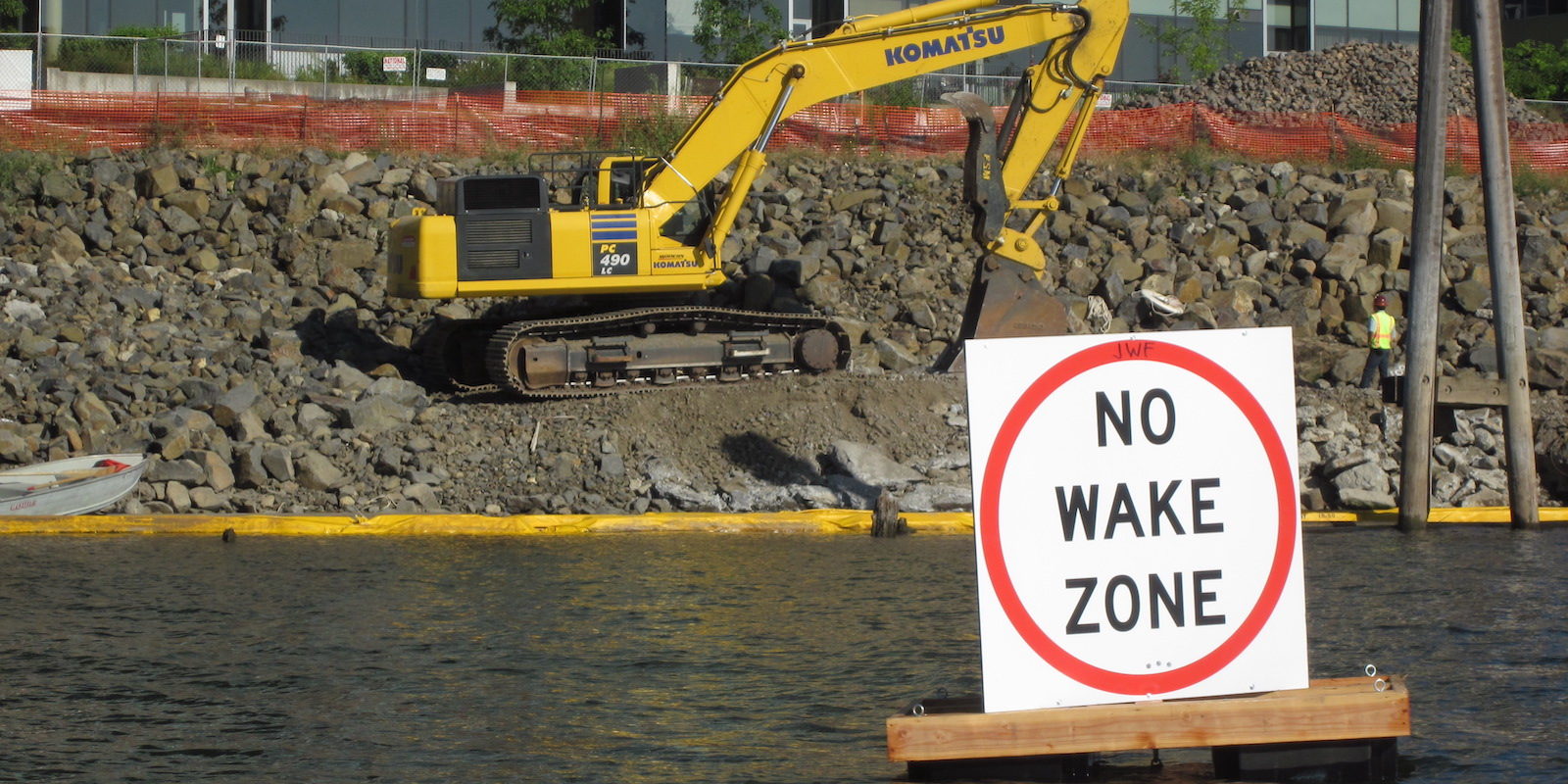 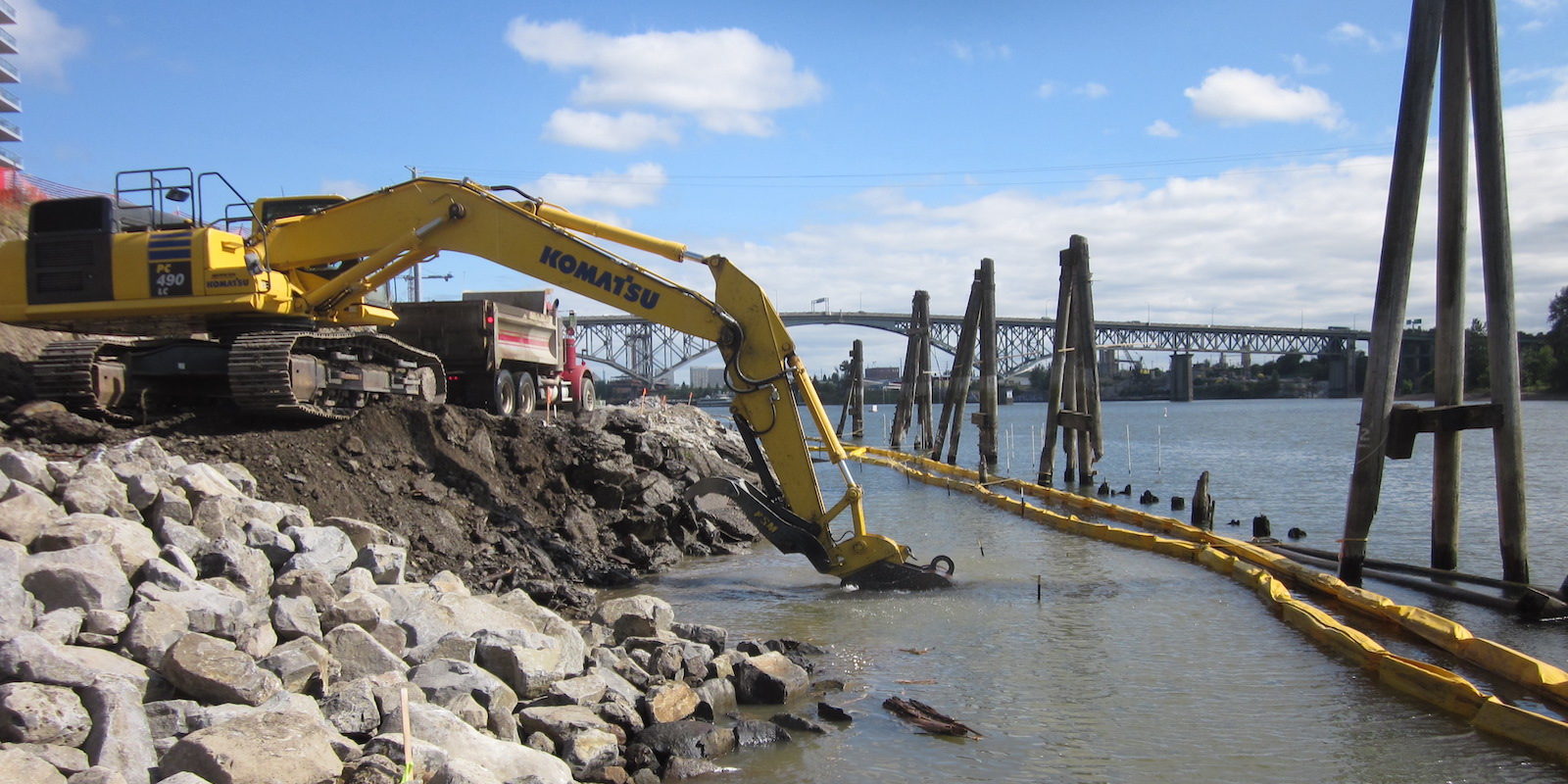 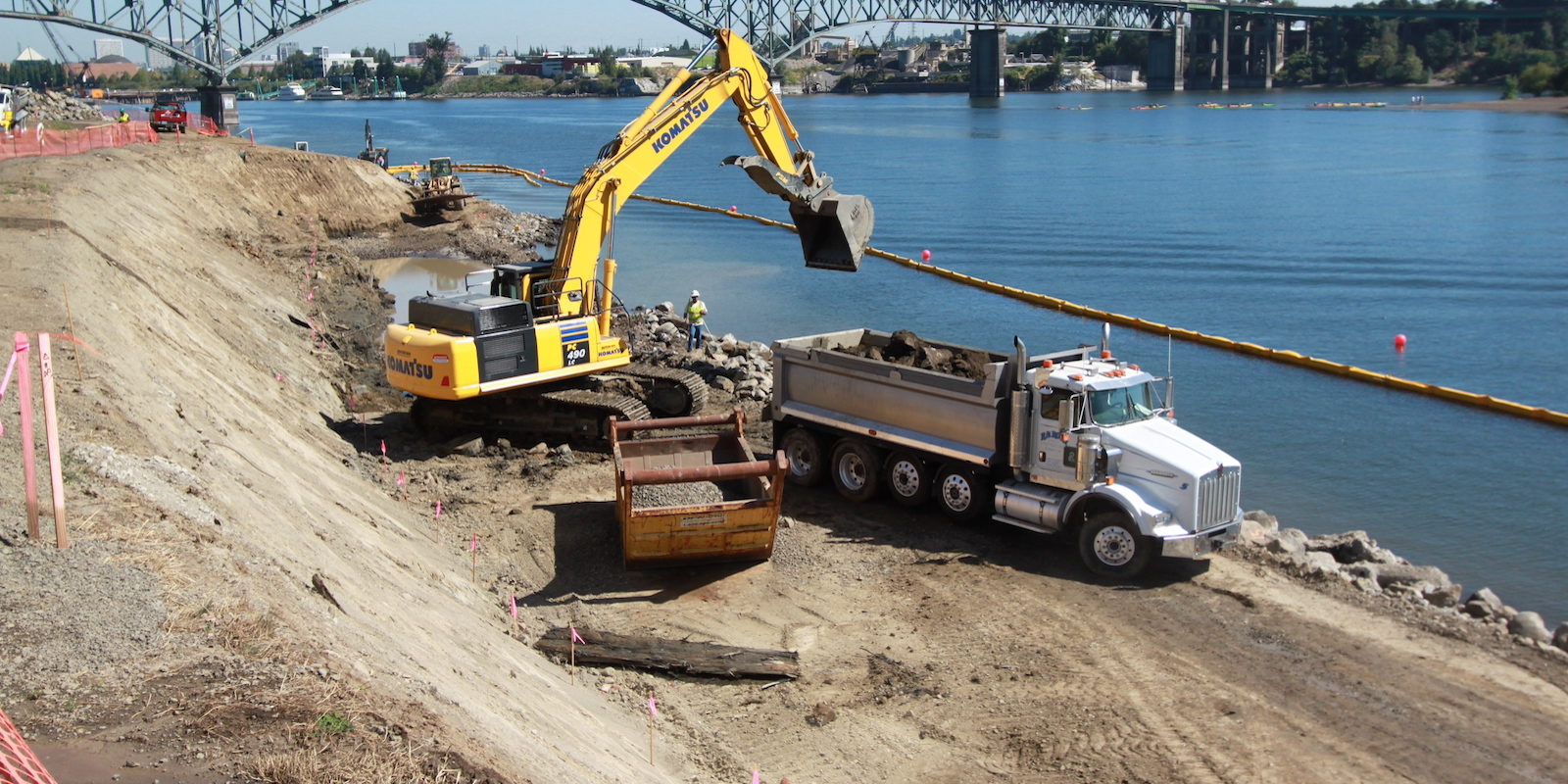 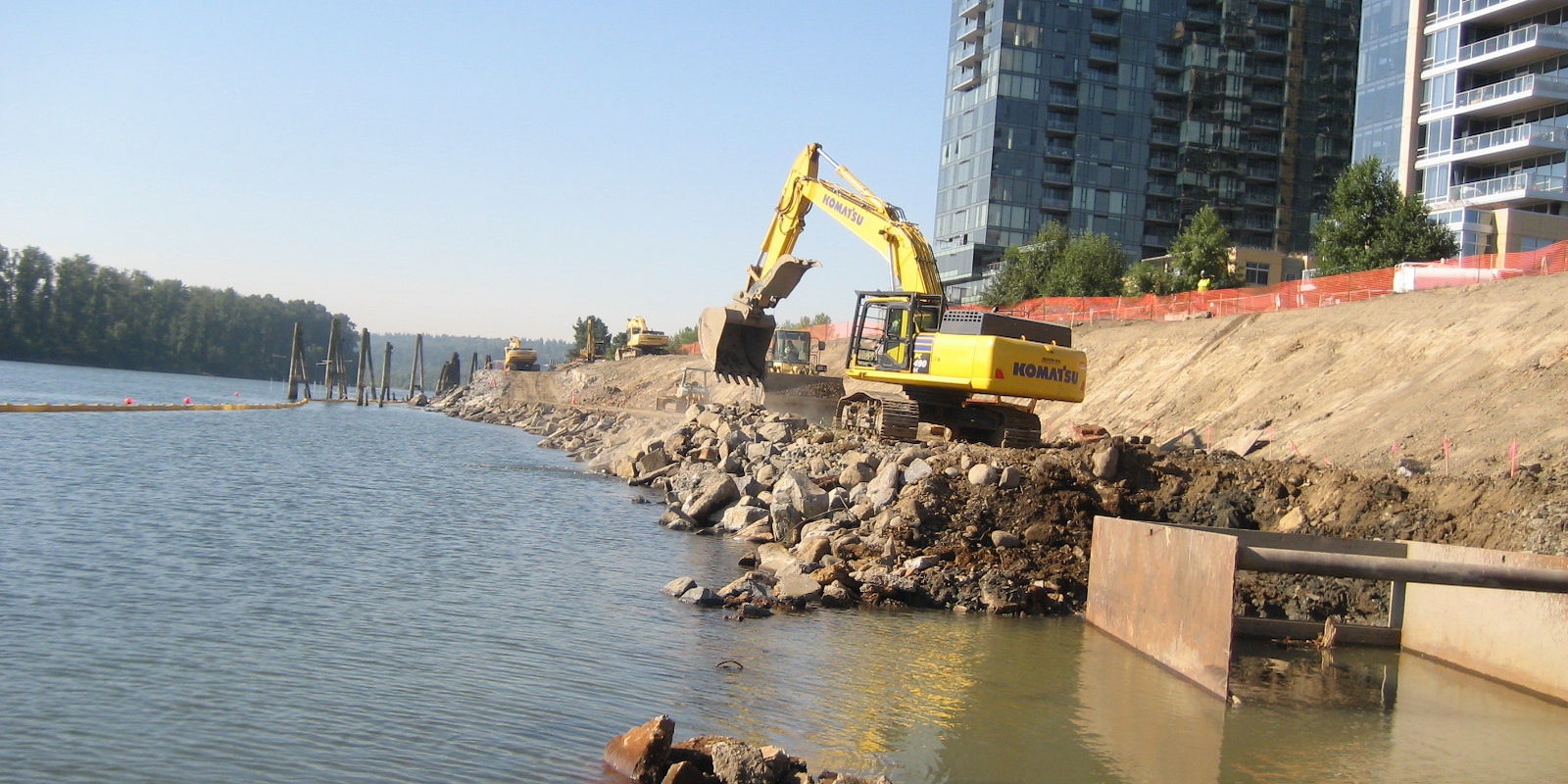 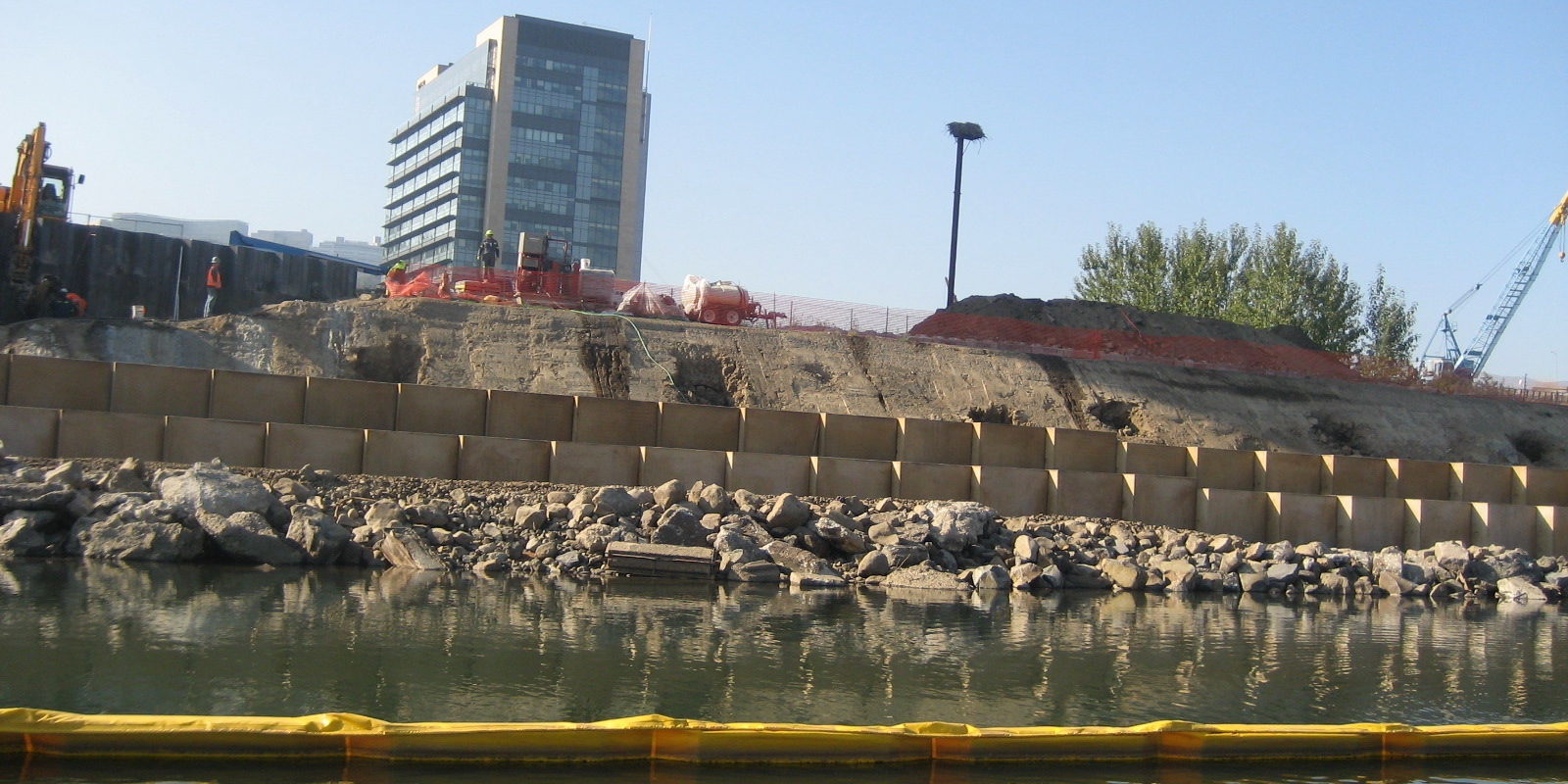