The Santa Ana River Interceptor (SARI) Line is a 23-mile-long wastewater pipeline that extends from the boundary of Orange and San Bernardino counties in southern California to the Orange County Sanitation District (OCSD) sewage treatment plant. Several segments run adjacent to and under the Santa Ana River and nearly 4 miles of the pipeline are in jeopardy of failure during heavy rainstorms. To ensure the long-term integrity of the pipeline, protect public health and safeguard the environment, the Orange County Flood Control District, in cooperation with other stakeholders, embarked on the Santa Ana River Interceptor Relocation Project to relocate and replace the SARI Mainline with a new 54-inch diameter pipeline.

Designed as a typical microtunnel project with several short, straight drives, the SARI Mainline offered JWF the perfect opportunity to offer an innovative value engineering proposal. By including both a curved microtunnel and a compound curved microtunnel drive and utilizing an innovative hydraulic joint, JWF was able to eliminate shafts and combine multiple drives on the project. This saved the client over $1 million and offered a 20% reduction in the tunneling schedule.

The microtunneling consisted of approximately 4,000 feet of 101.5-inch OD microtunnel done in four drives with installation of 2,809 feet of 84-inch ID reinforced concrete pipe and 1,089 feet of 99.5-inch ID Permalock steel casing at approximately 36 feet below the ground surface.

The third drive was adjacent to the 91 Freeway and Santa Ana River. At 1,567 feet, this drive set a US record as the longest compound curved drive and was the first use of the Jackcontrol hydraulic joint system with real-time monitoring in the United States.

The final drive was 622 feet and was adjacent to the 91 Freeway. This drive had a standard curve and also utilized the Jackcontrol hydraulic joint system with real-time monitoring.

Ground conditions are mixed face with soft to stiff silt and loose sand, gravel, sand, and clay exhibiting a flowing behavior with cobbles and some boulders. The water table ranged from the tunnel invert to up to 17 feet above the tunnel invert. 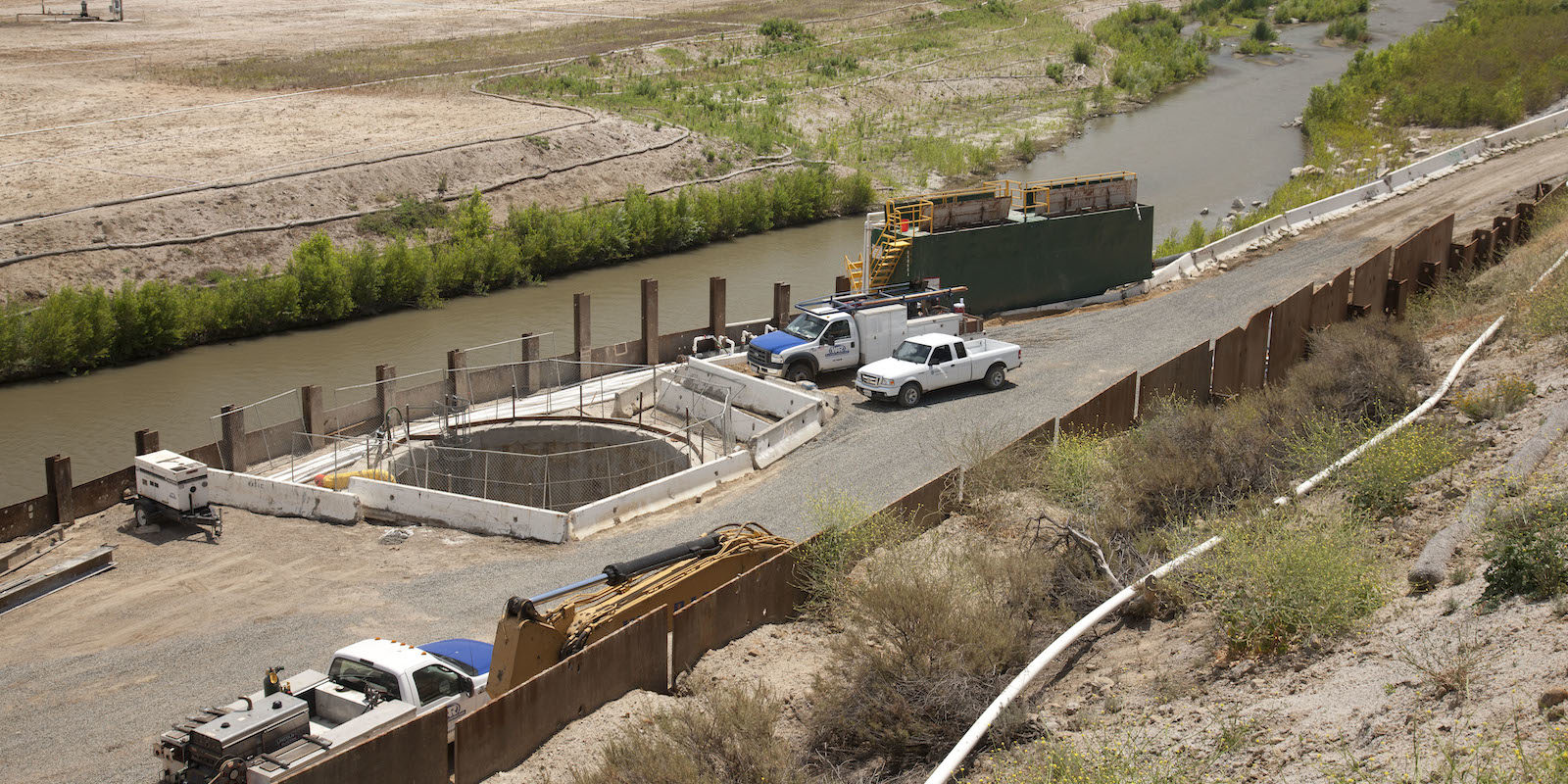 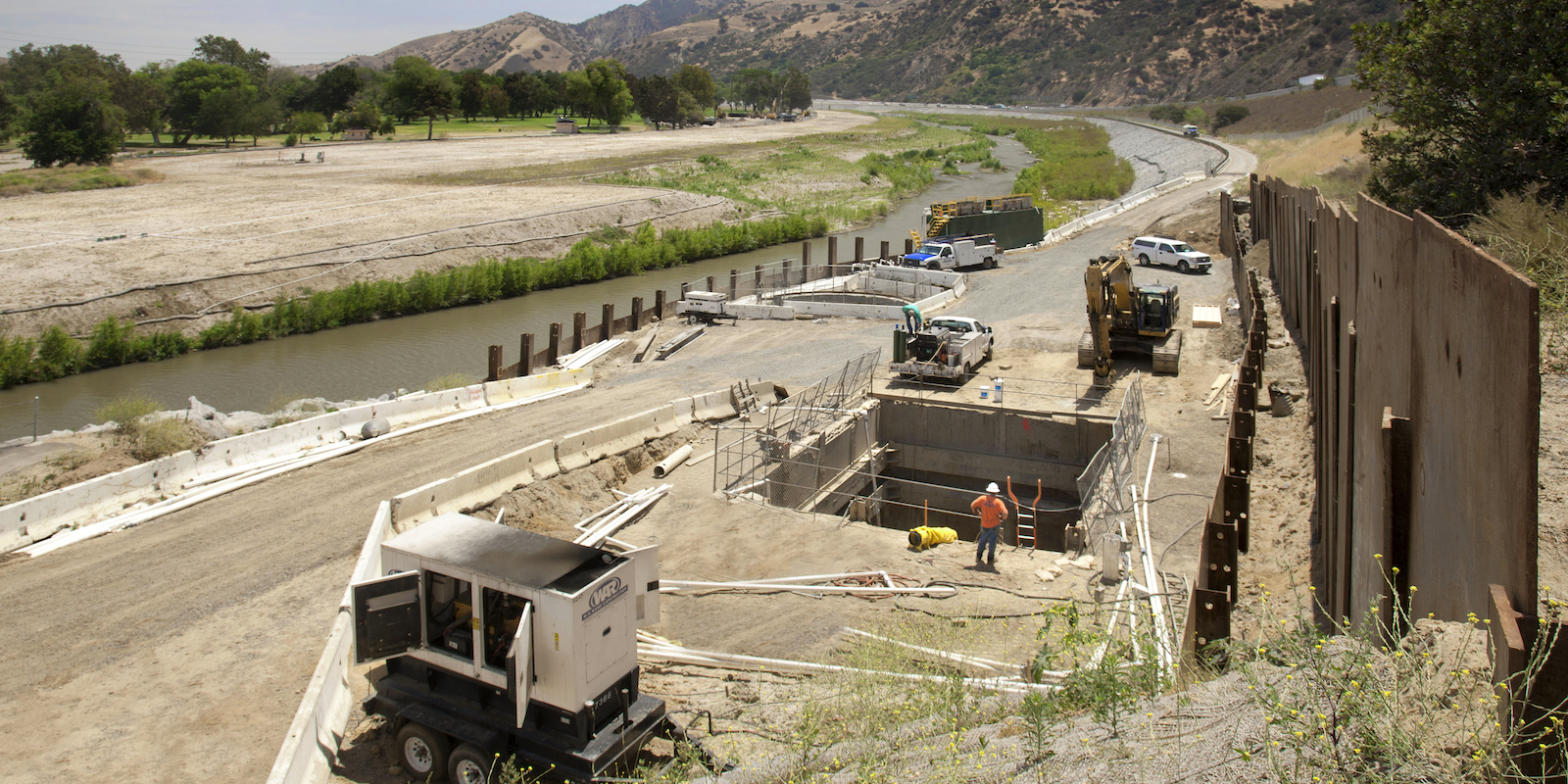 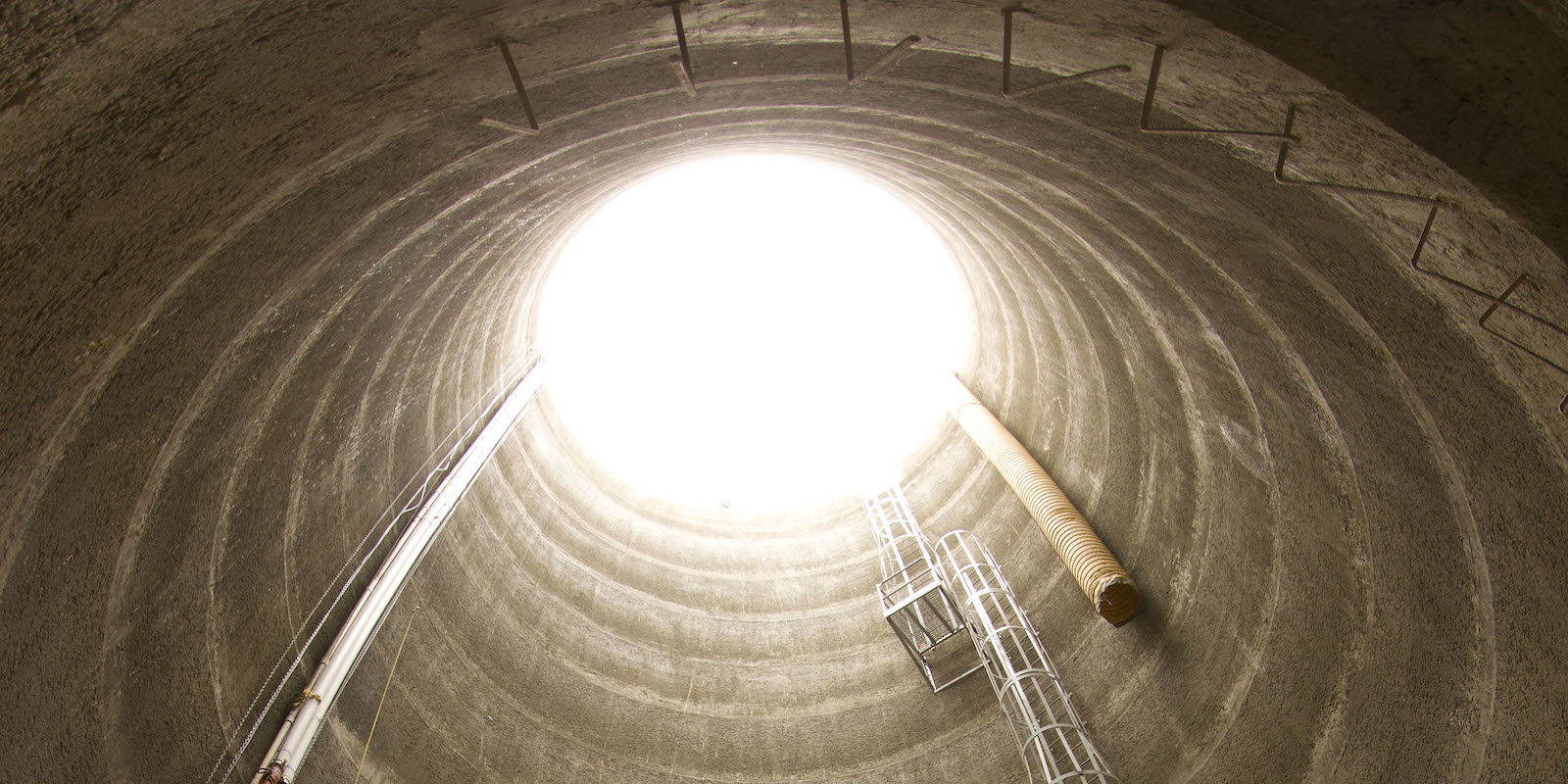 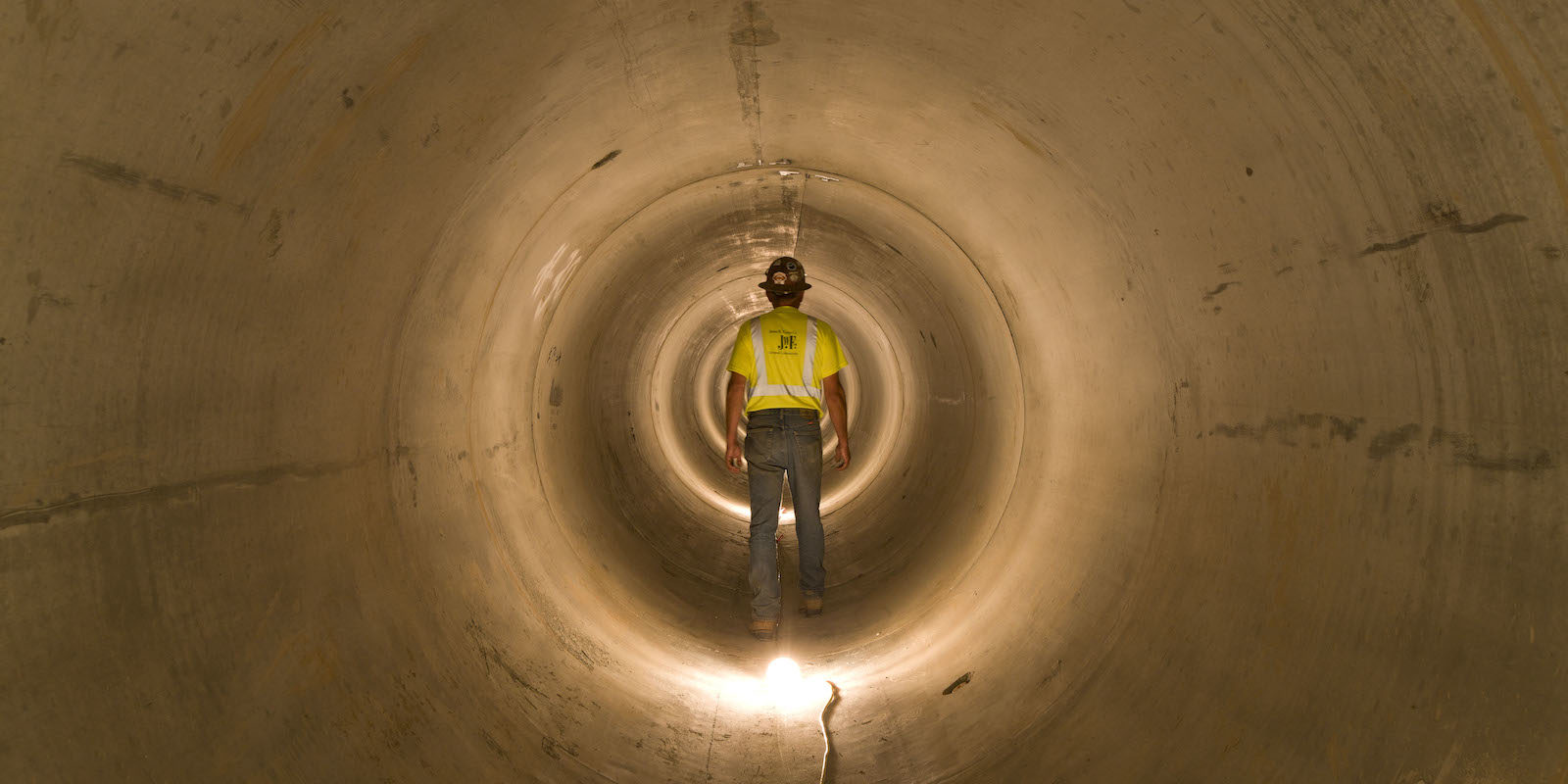 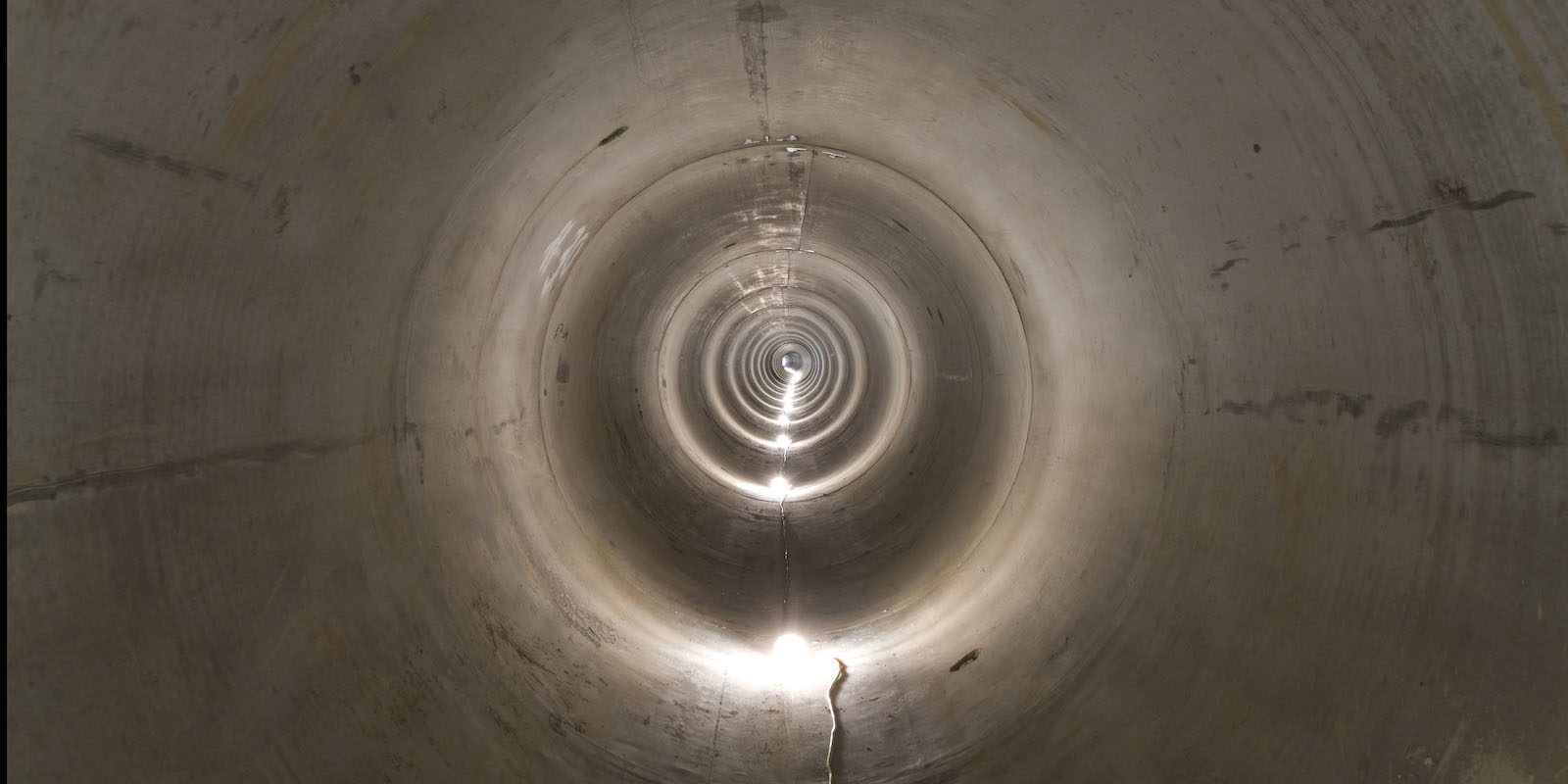 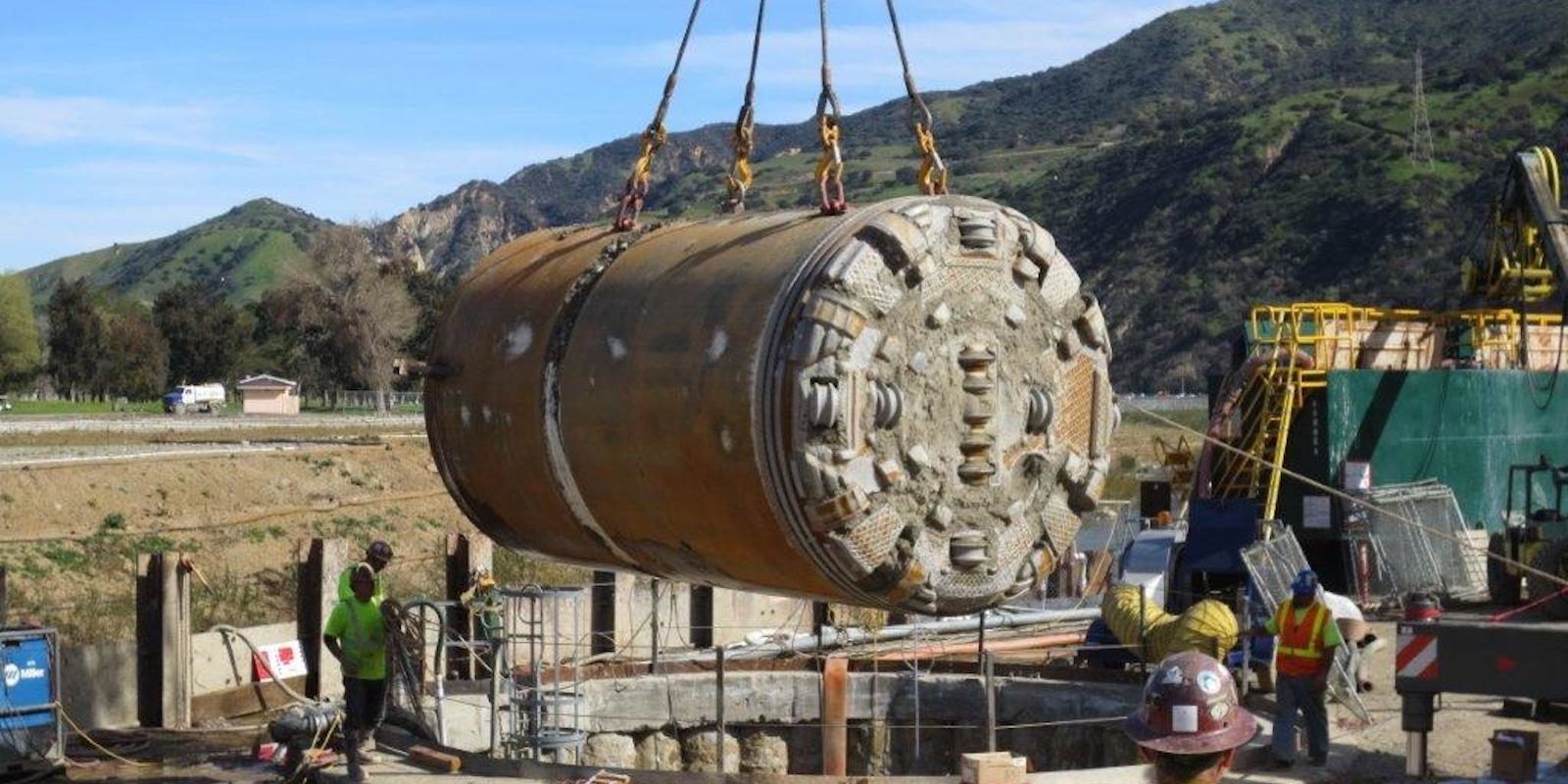 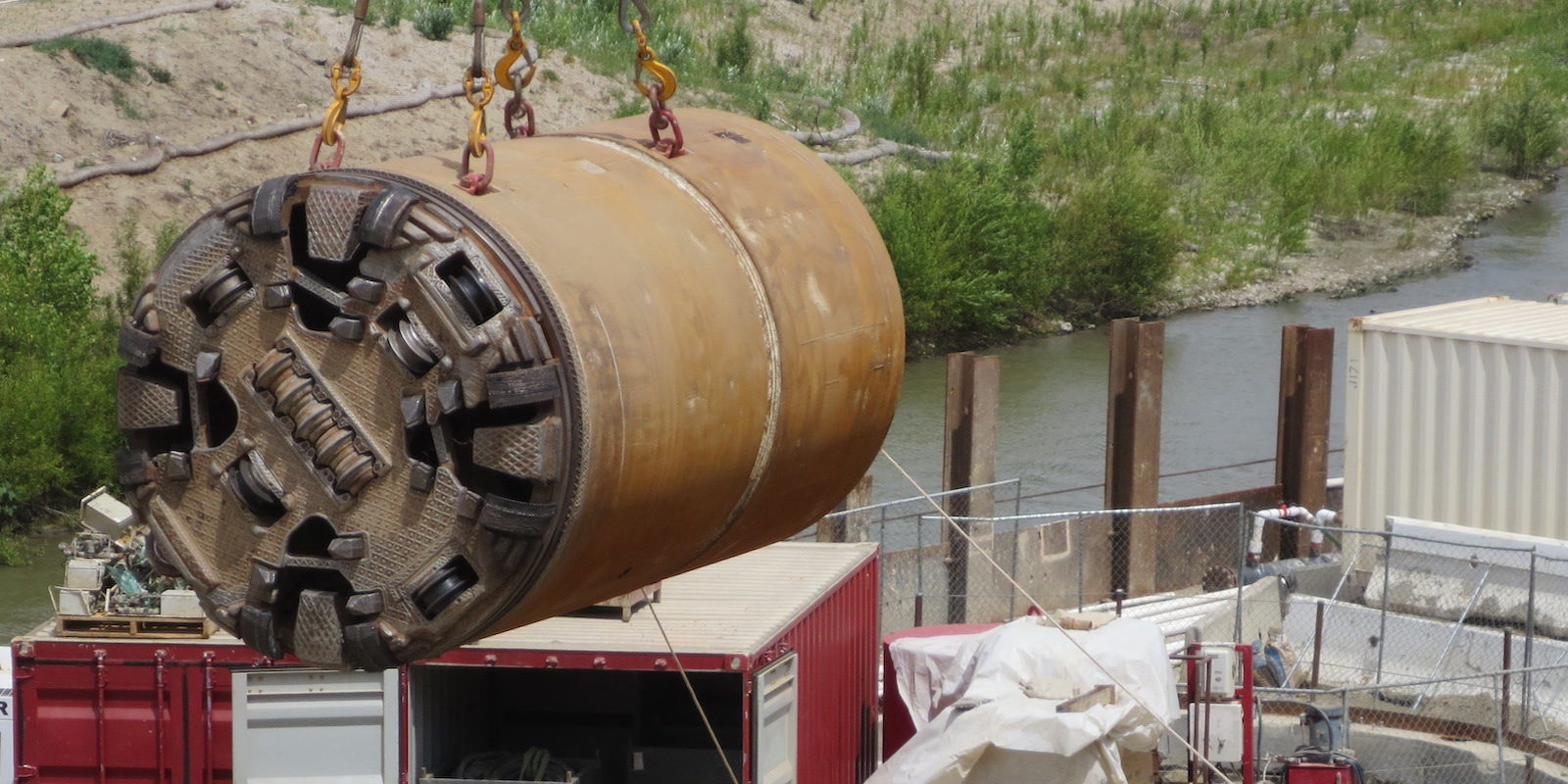 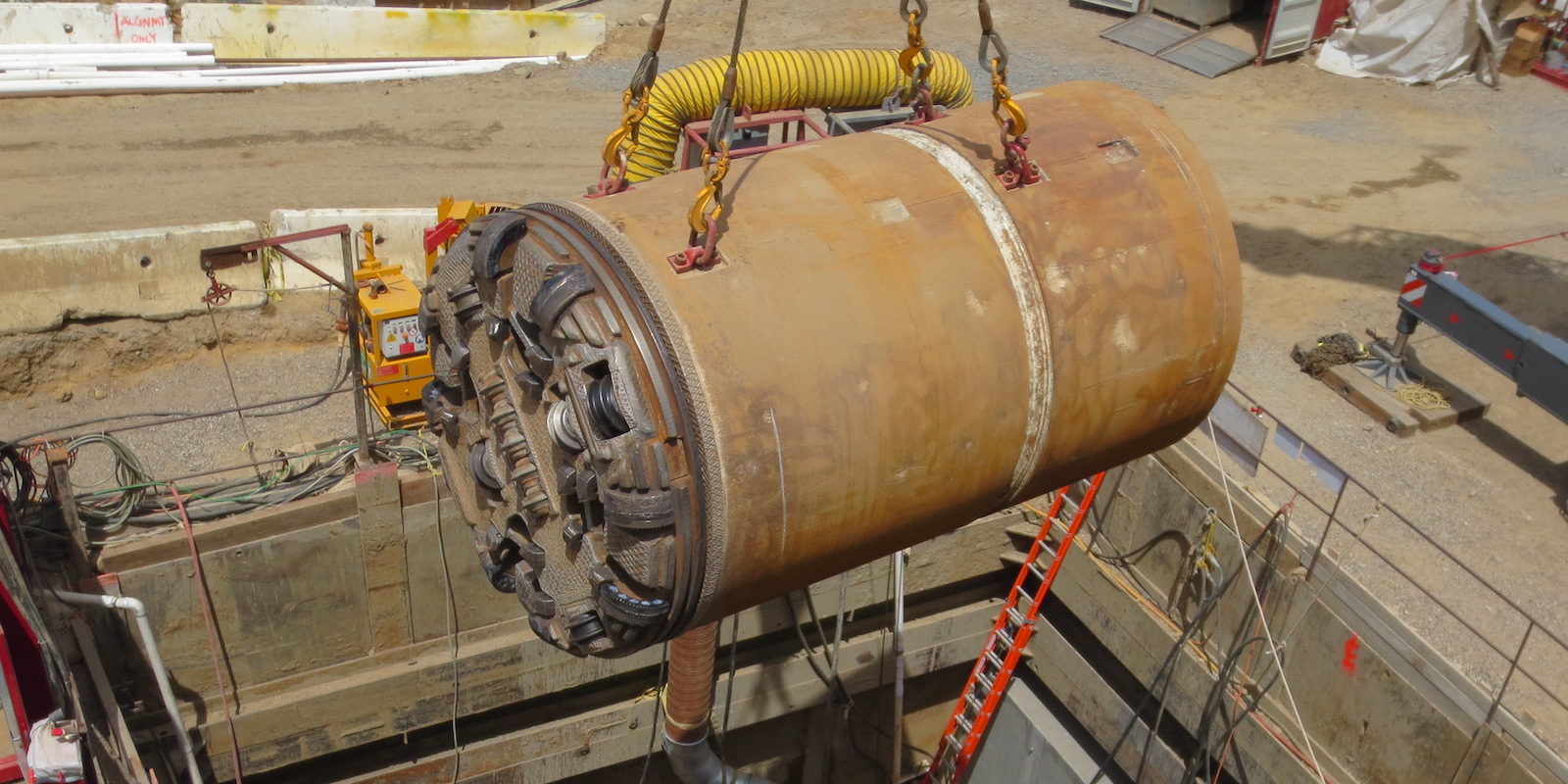 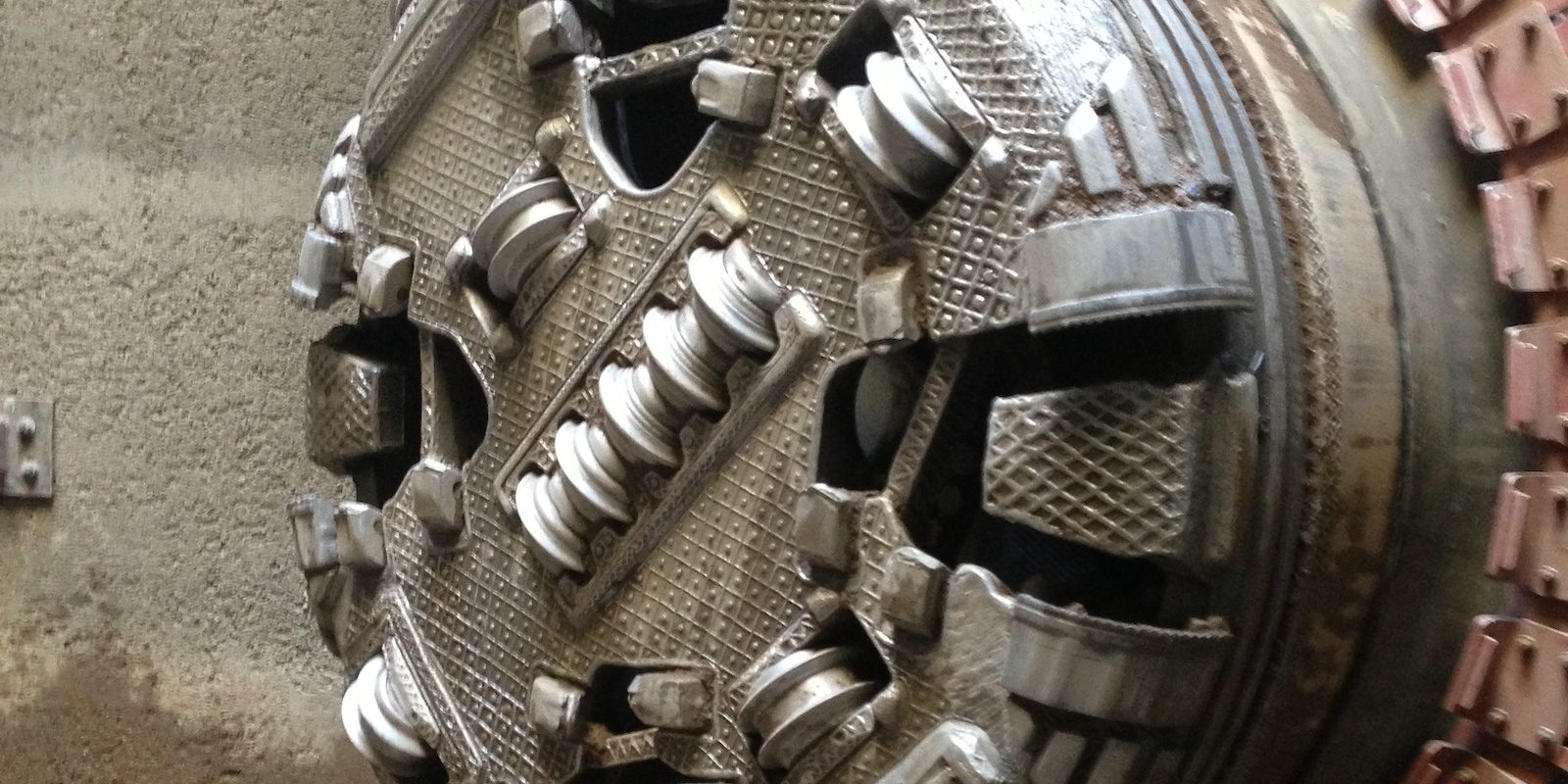 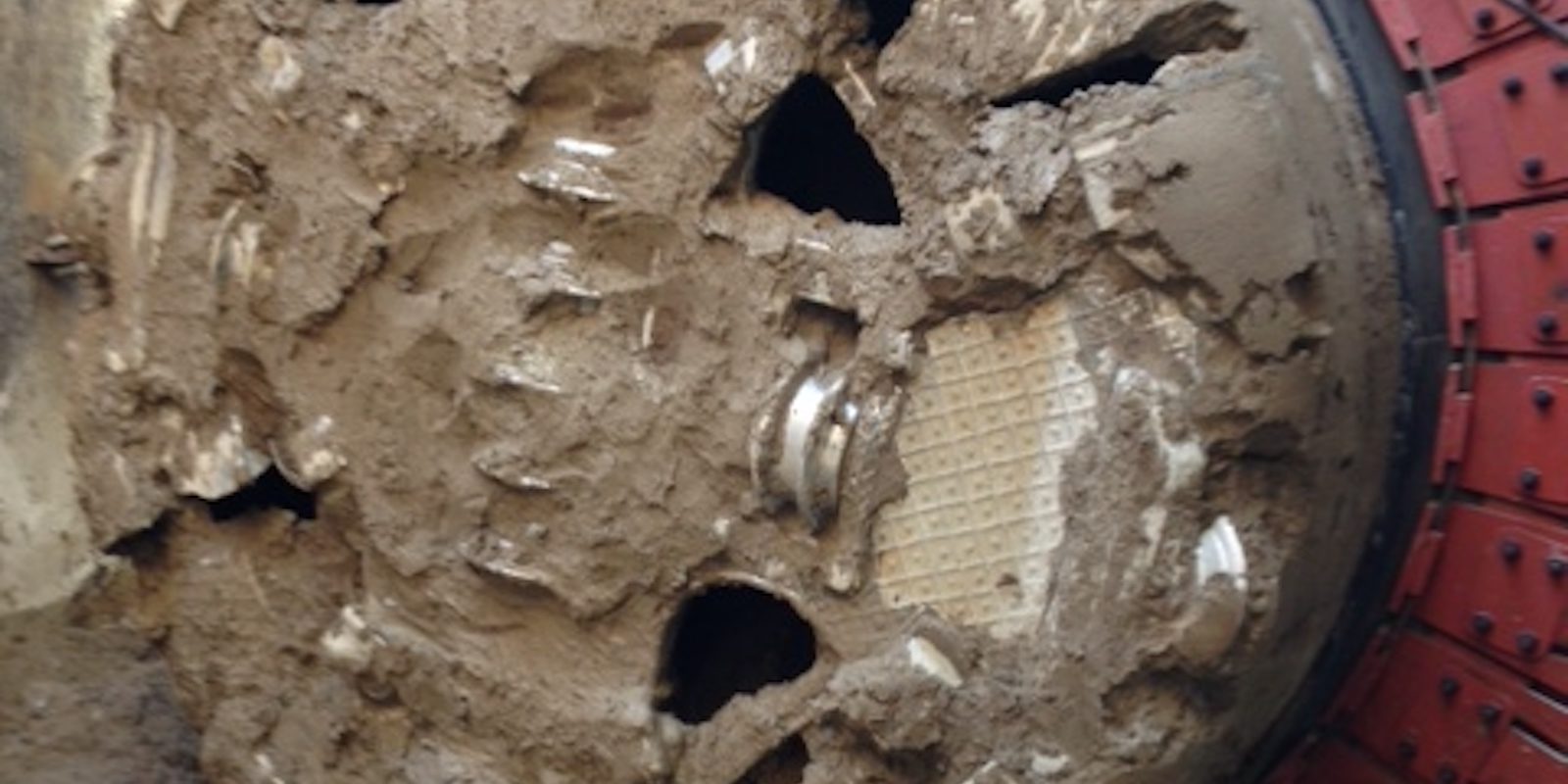