The Port of Seattle and local airline, Alaska Airlines, partnered to improve passenger experience through the creation of a new North Terminal. The North Terminal Utilities Upgrade Phase I (NTUUP) is the first phase of the North Satellite Modernization Project.

The project includes the extension of full-size mechanical utility piping to the North East end of the Seattle-Tacoma International Airport. The extension will increase the available heating and cooling capacity to support both current and anticipated expansions. Chilled water, as well as, steam and pumped condensate return piping will be routed from the central plant to a new valve room located under the departures drive. The new pipe will connect to various mechanical rooms throughout the airport. The new valve room also has the capacity for future connections.

NTUUP is adjacent to the Rental Car Facility shuttle bus pickup and drop off station and located on the arrivals drive, home to multiple baggage claim entrances. In order to alleviate potential inconveniences JWF carefully coordinated mechanical heating and cooling shutdowns, water main shutdowns, and traffic revisions around Port of Seattle operational requirements. JWF modified the bus station curbs to better suit the new temporary layout. The modifications will be restored to serve the permanent layout prior to project completion.

Understanding the criticality of maintaining open roads to the airport, JWF has maintained two open lanes of traffic on the arrivals drive. Given the close proximity to the arrivals terminal and the road, JWF has worked to keep the public safe with proper barriers between operations and travelers. Road barricades create a barrier between travelling vehicles and construction hazards while fencing and temporary closure of smoking areas keep travelers at a safe distance from the project. Barricades were chosen to not only provide traffic protection but to also reduce the possibility of unwanted debris leaving the site. Black privacy screens and water barricades can be seen in the photographs.

A slight delay was caused by discovering a difference in site conditions after JWF started excavating. Upon further inspection of the ground conditions, JWF modified the underground pipe material to better serve the Port of Seattle and ensure longevity. Though this is a long-term win, a delay in the arrival of the new material set JWF’s project completion back a month.

At this time JWF is working to complete this phase of the North Terminal Utilities Upgrade project by the end of May 2021. 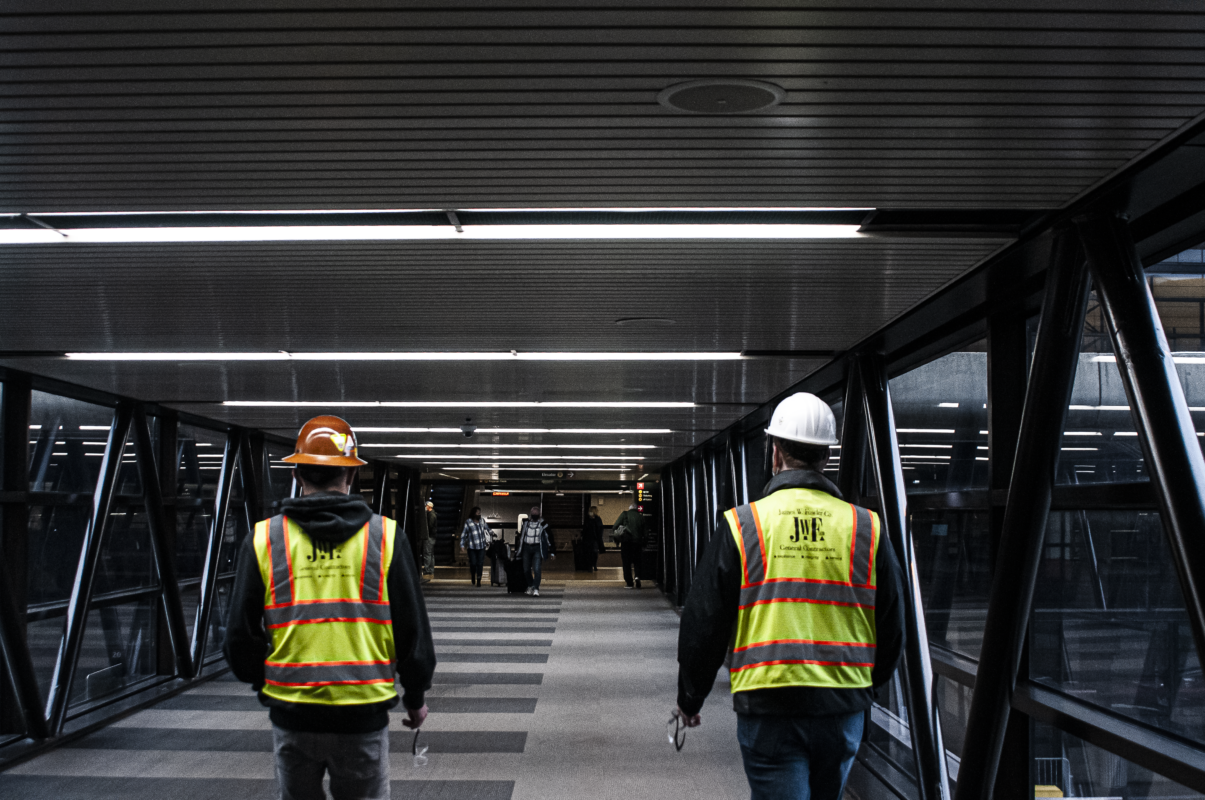 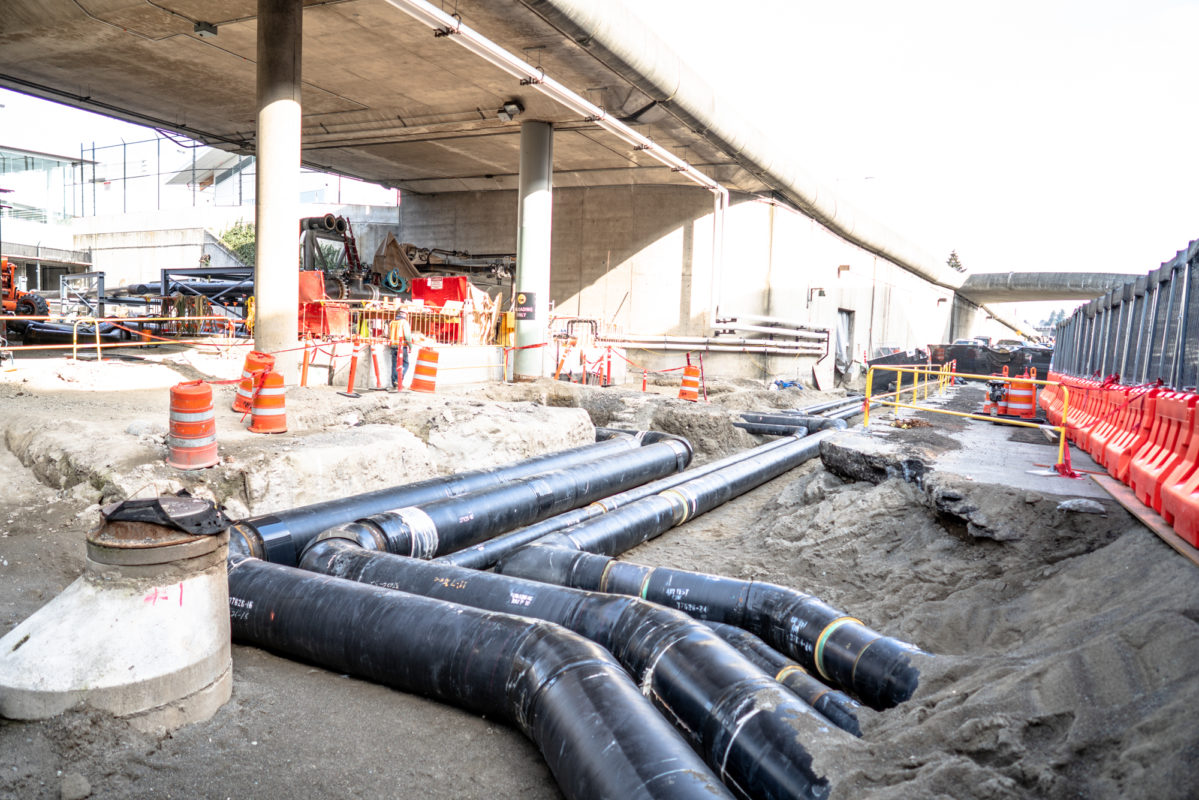 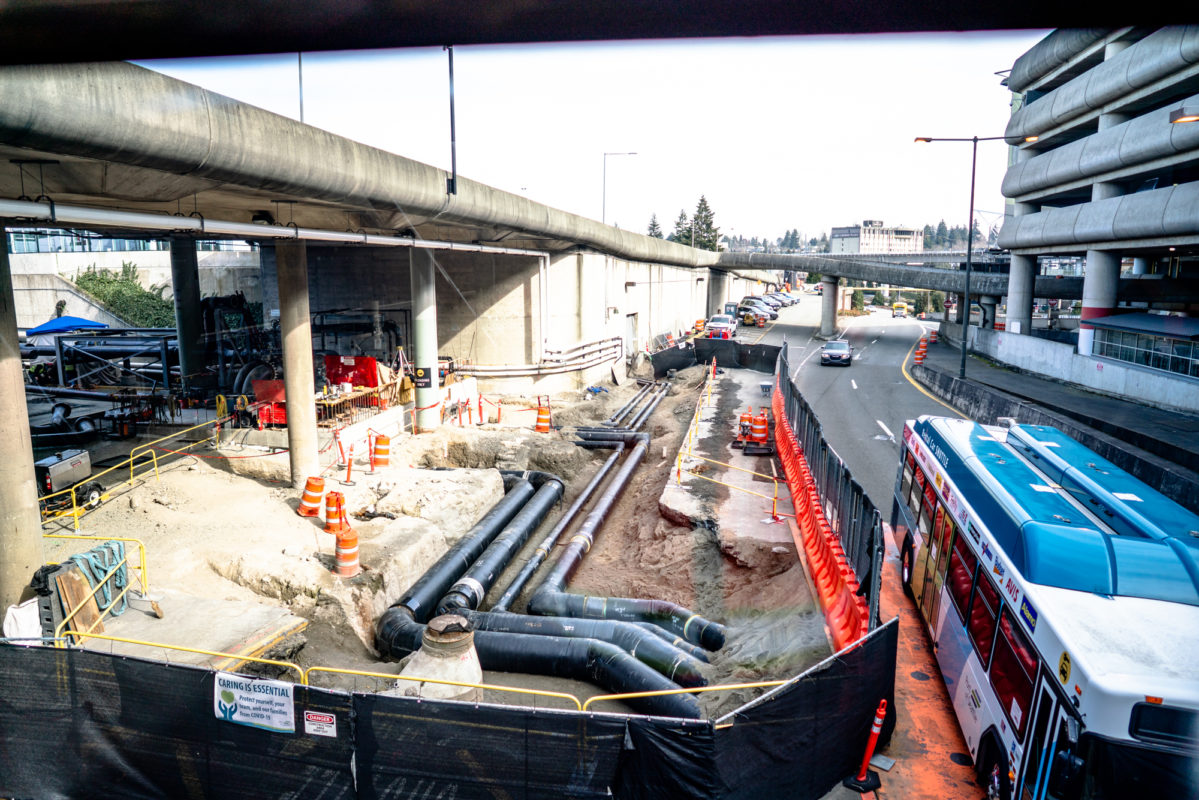 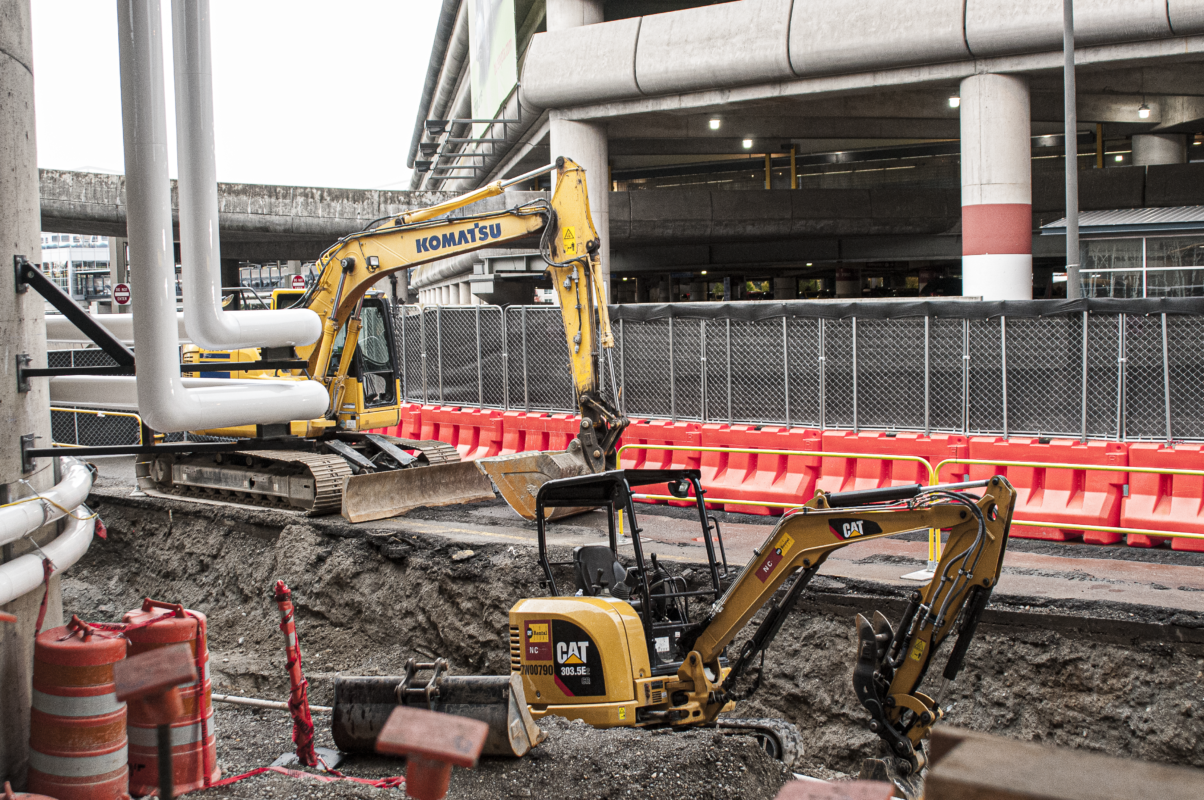 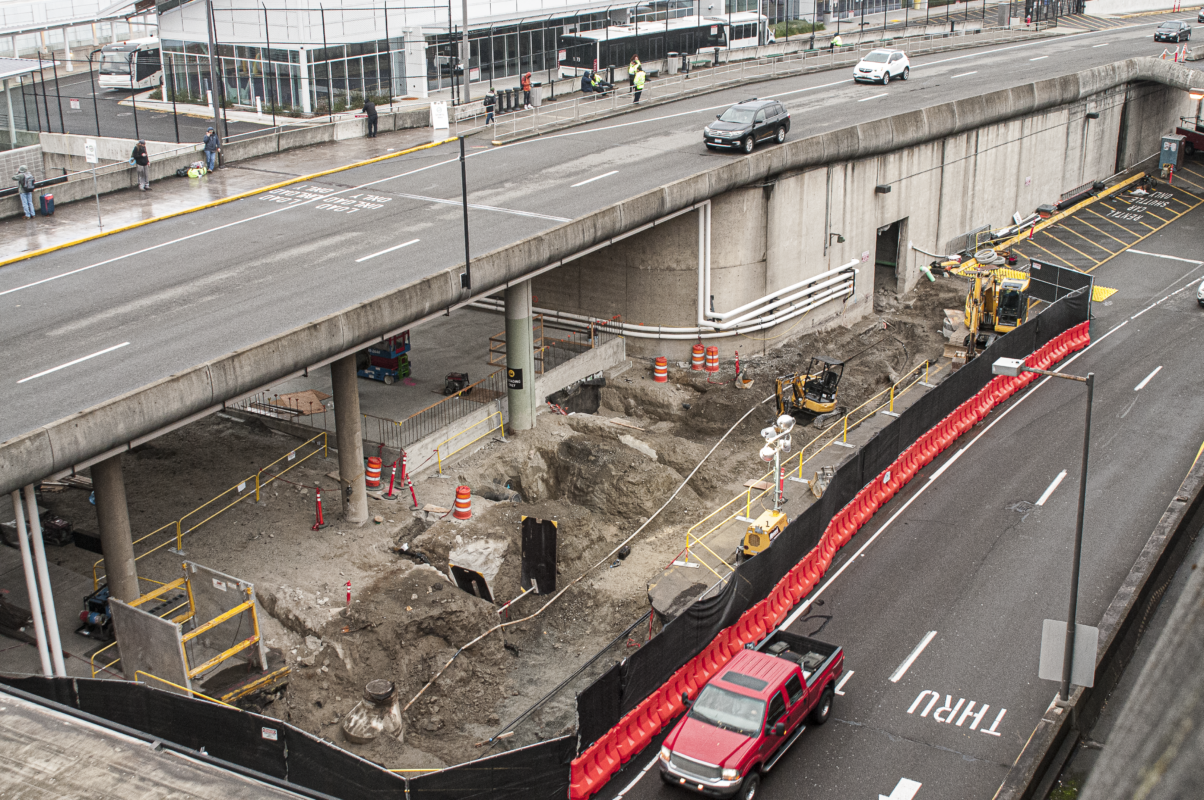 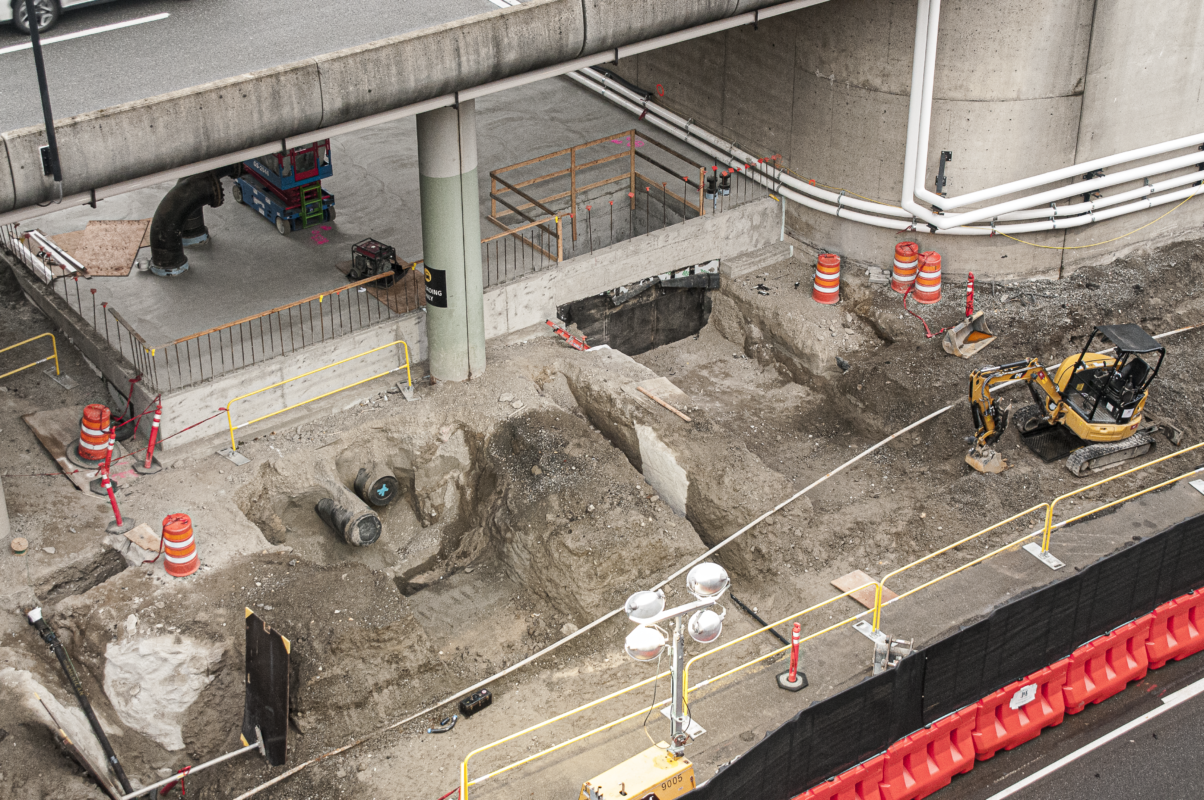 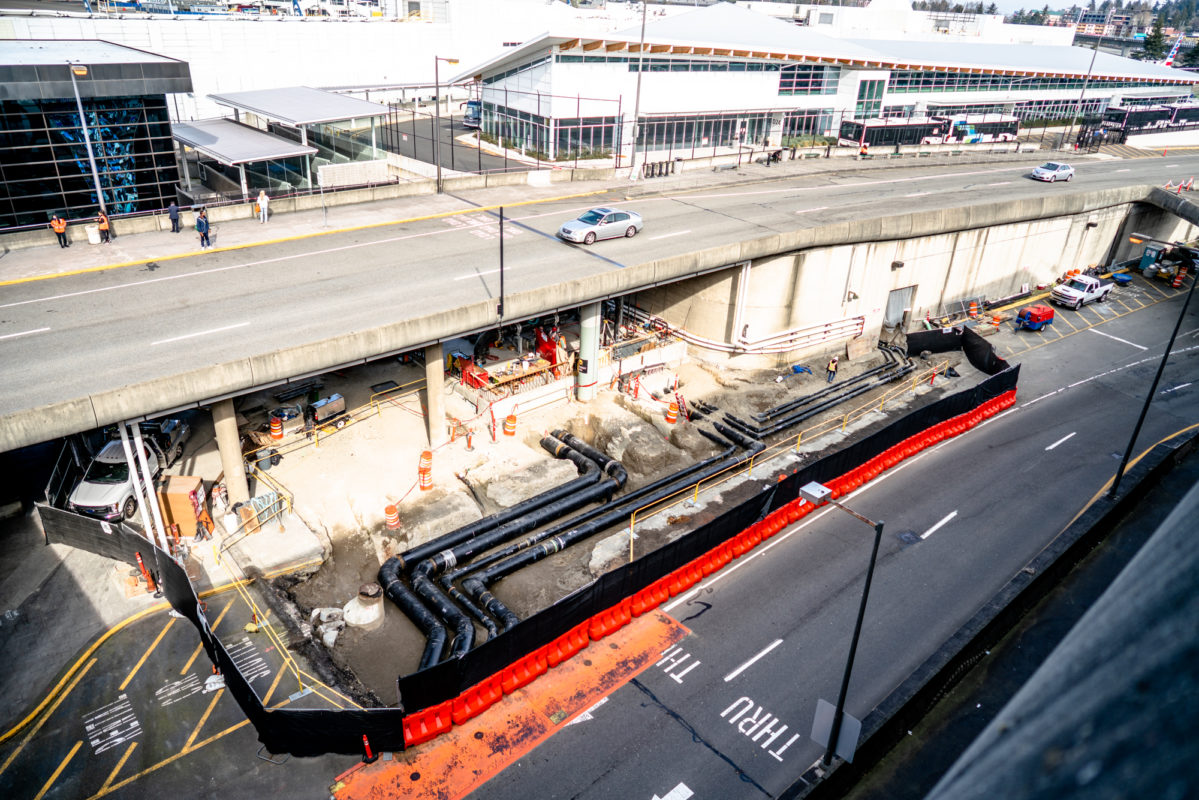 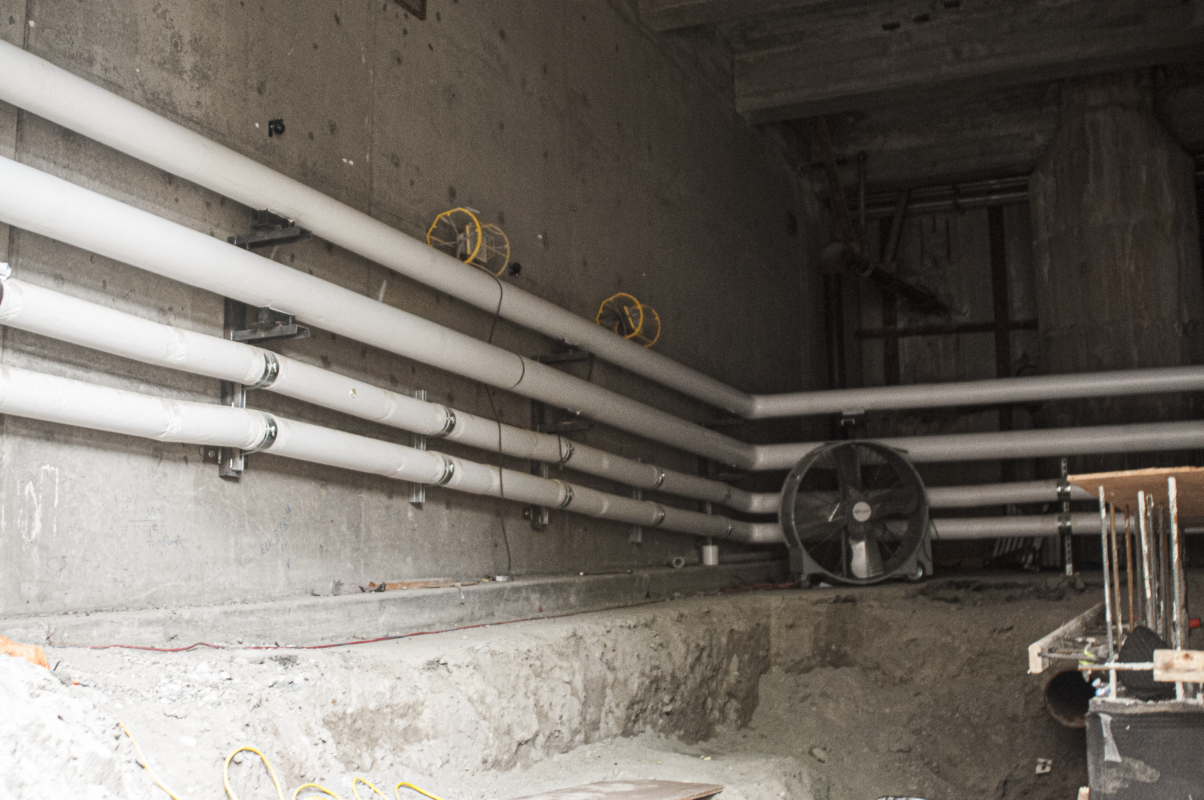 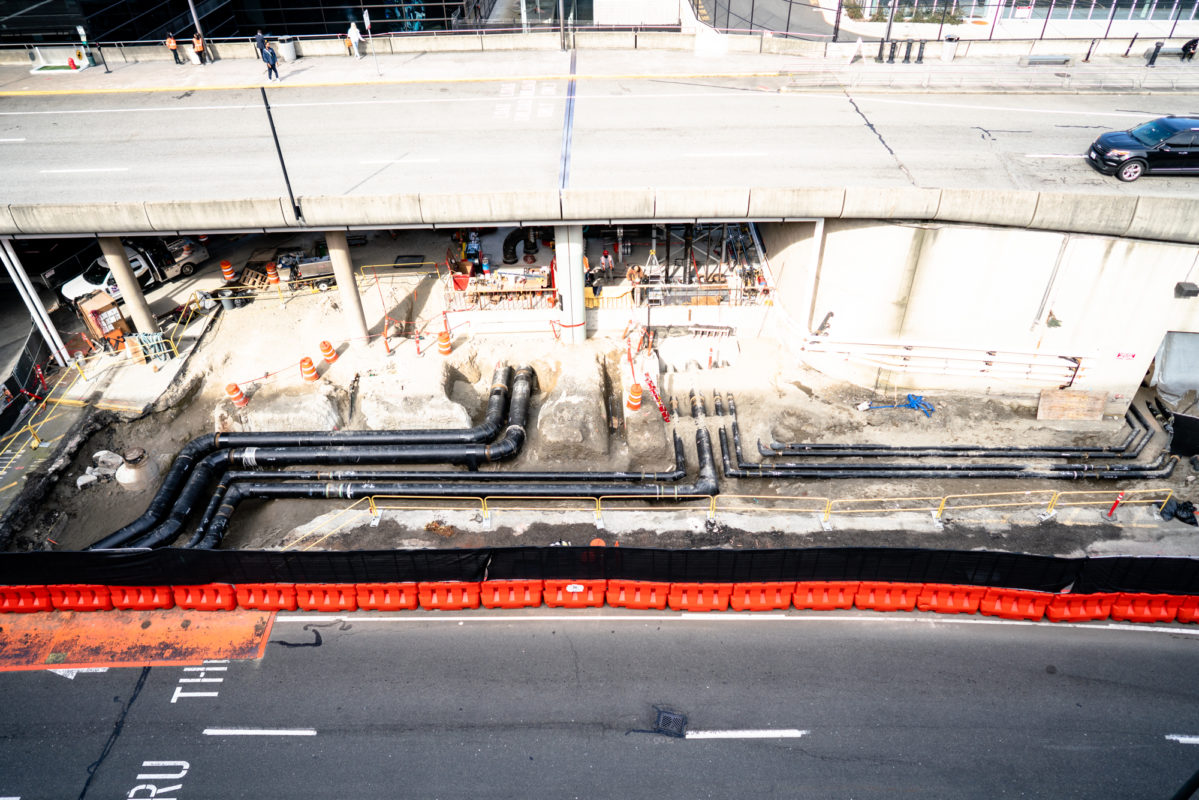 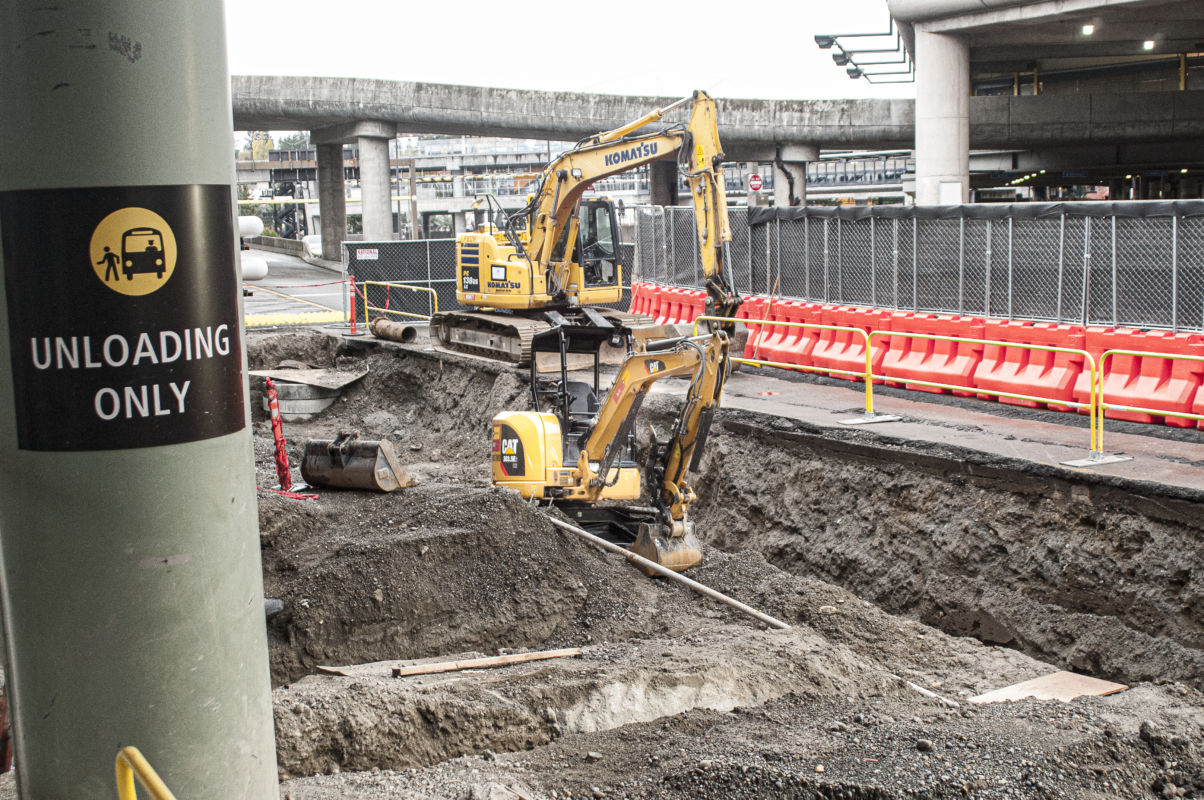 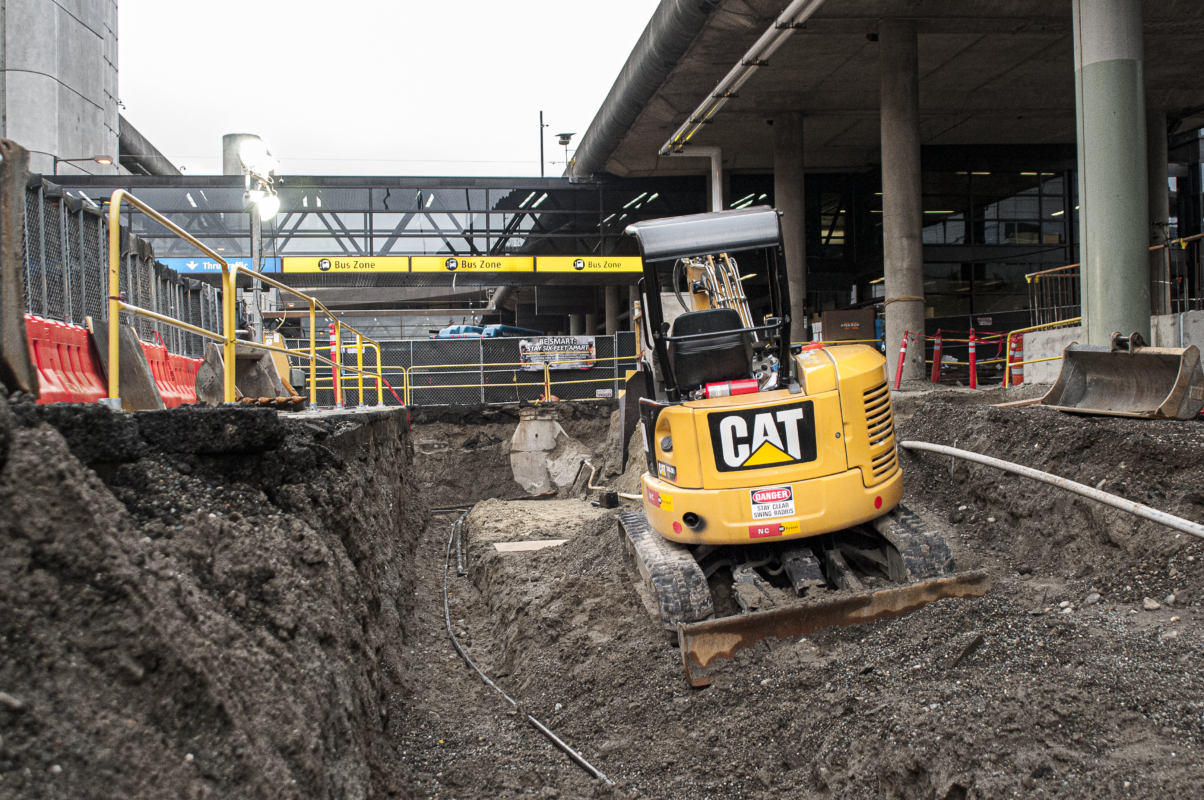