The Nacimiento Intake Unit A project consisted of three main components – the microtunnel boring machine launch shaft, microtunnel and intake pipe – for a raw water conveyance system for San Luis Obispo County and various other stakeholders in the surrounding area. Due to the unique nature of this project, the County determined pre-qualification of the general contractors would result in the best-qualified contractor to perform and manage this highly specialized work. JWF was one of seven contractors in the United States who were pre- qualified to bid this project and eventually received award of the contract in August 2007.

The contract documents required the contractor to design and build the excavation and support for a 183-foot deep by 24-foot diameter round shaft through a variety of structurally incompetent ground conditions including sandstone and fractured geology. In addition, the project site is located in a tectonically and seismically active region dominated by the San Andreas Fault System. JWF designed a unique sequential excavation method using liner plate and ring beam shoring in 12 to 15- foot increments. By lining the shaft with concrete as each section was excavated, the ring beams could be re-used and the final concrete liner would be complete when the excavation reached the bottom of
the shaft.

Prior to excavating the shaft, a series of test holes were drilled to evaluate the potential for water inflow and a pre-excavation grouting plan was implemented in the event water inflow reached a trigger level. The lined concrete shaft was converted to a wet well to eventually house vertical turbine pumps after the tunneling was completed.

Due to the environmentally sensitive nature of the project location, when contaminated groundwater was encountered during the shaft construction, JWF designed a complex on-
site treatment system to remove seven different contaminants, including mercury. The treated groundwater was deemed clean enough for discharge back into the lake. Special consideration was given to preventing introduction of the Zebra Mussel into the lake, a detail overlooked by the project owner. JWF created specific procedures for disinfecting all equipment entering the lake to ensure this highly invasive species was not introduced into Lake Nacimiento.

JWF launched a 54-inch Soltau slurry microtunnel machine from the shaft. The 54-inch diameter Permalock steel microtunnel ran approximately 525 feet into Lake Nacimiento. After constructing a shelf for the tunnel machine to rest on as it exited the tunnel, recovery of the machine was accomplished with barge-mounted equipment and divers in up to 150 feet of water.

Connecting to the tunnel was a 400 lineal foot, 48-inch stainless steel intake pipe that was placed via a barge-mounted crane. The inclined, surface-mounted, intake pipe was connected to the tunnel to draw water via seven ports with 48-inch hydraulic pressure system actuating valves and drawing water through fish screens. The construction required marine and diving operations to perform underwater excavation, underwater drilling and installation of 18 precast concrete piles, underwater forming  and tremie pours of 200 cubic yards of concrete and installation of the intake pipe, screens and valves.

Lake Nacimiento and the surrounding tribal lands hold special cultural significance to Native American tribes in the area. At the project’s ground-breaking ceremony, Salinan Tribe members were present to offer a blessing for the project. When construction was complete, JWF received a commendation from the Salinan Tribe for our care and respect of the lake and the immediate area. 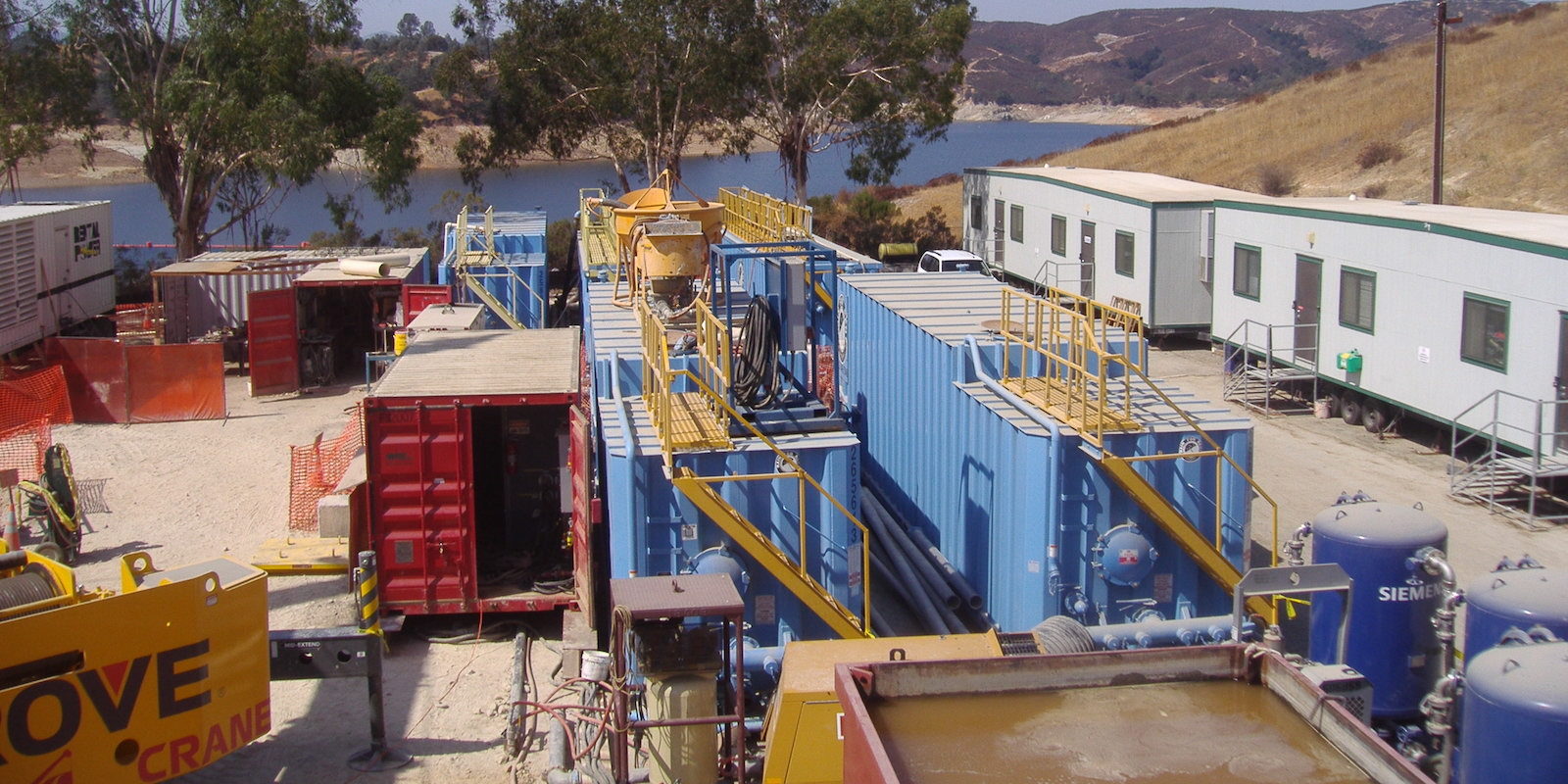 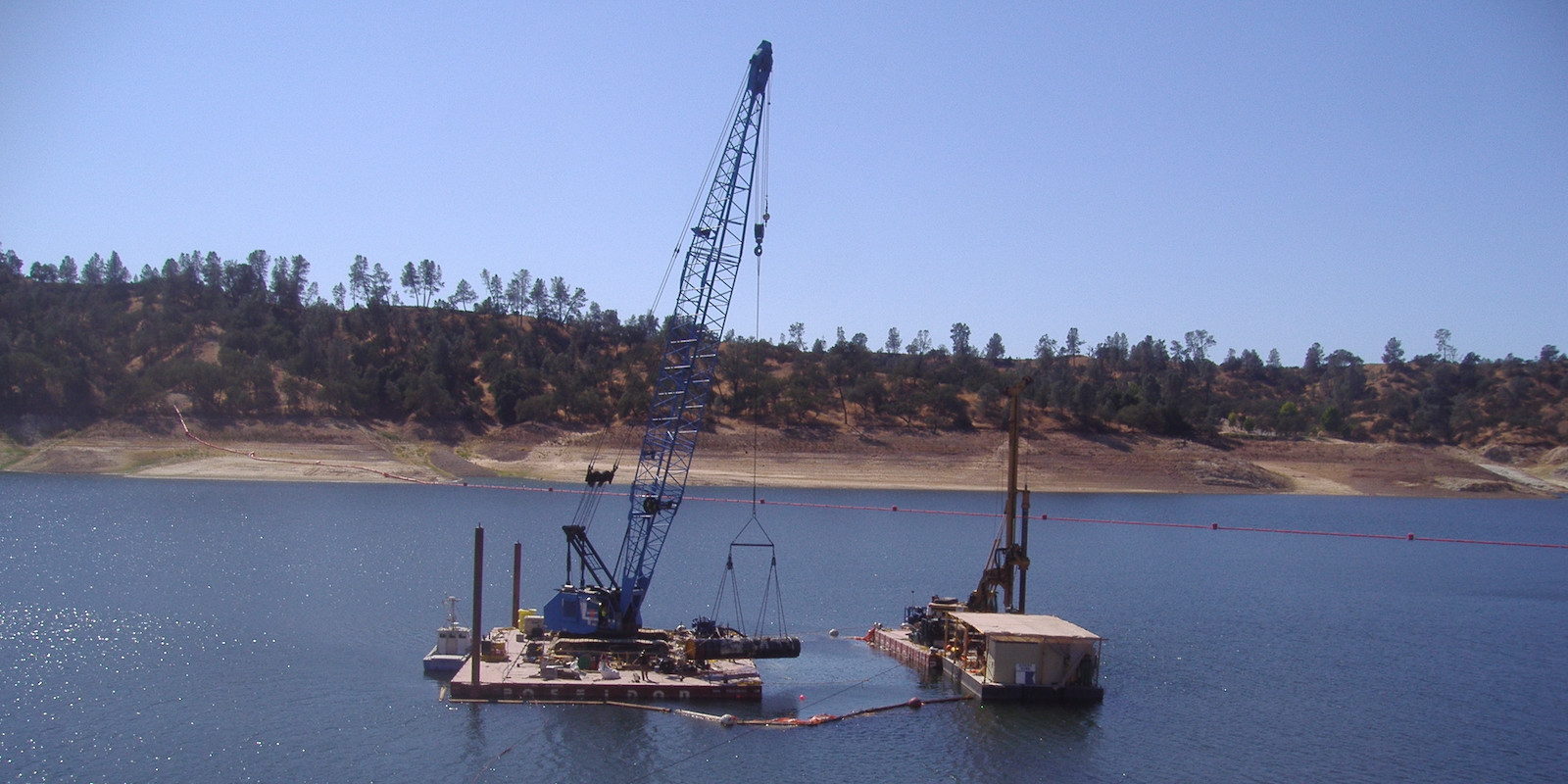 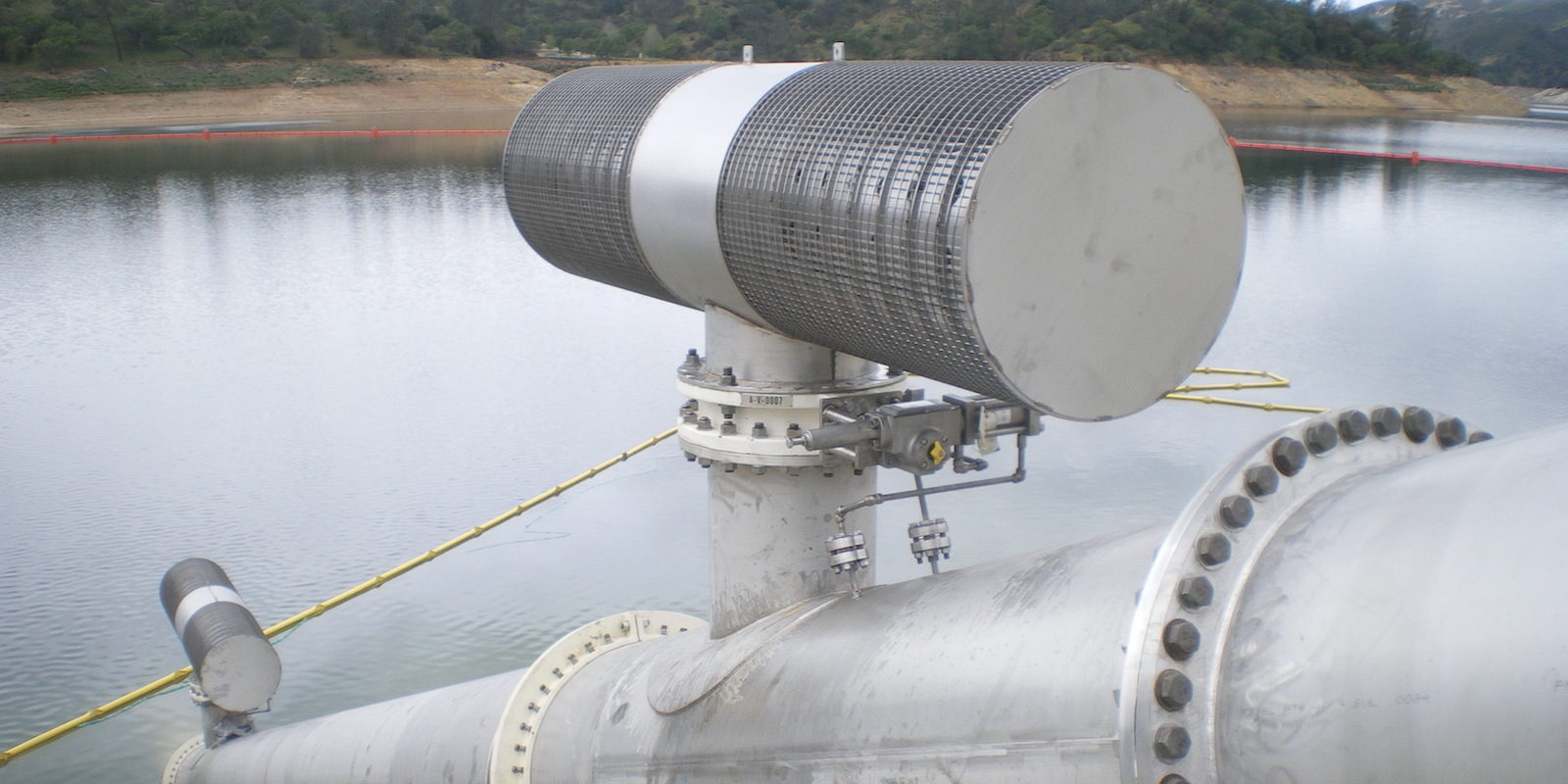 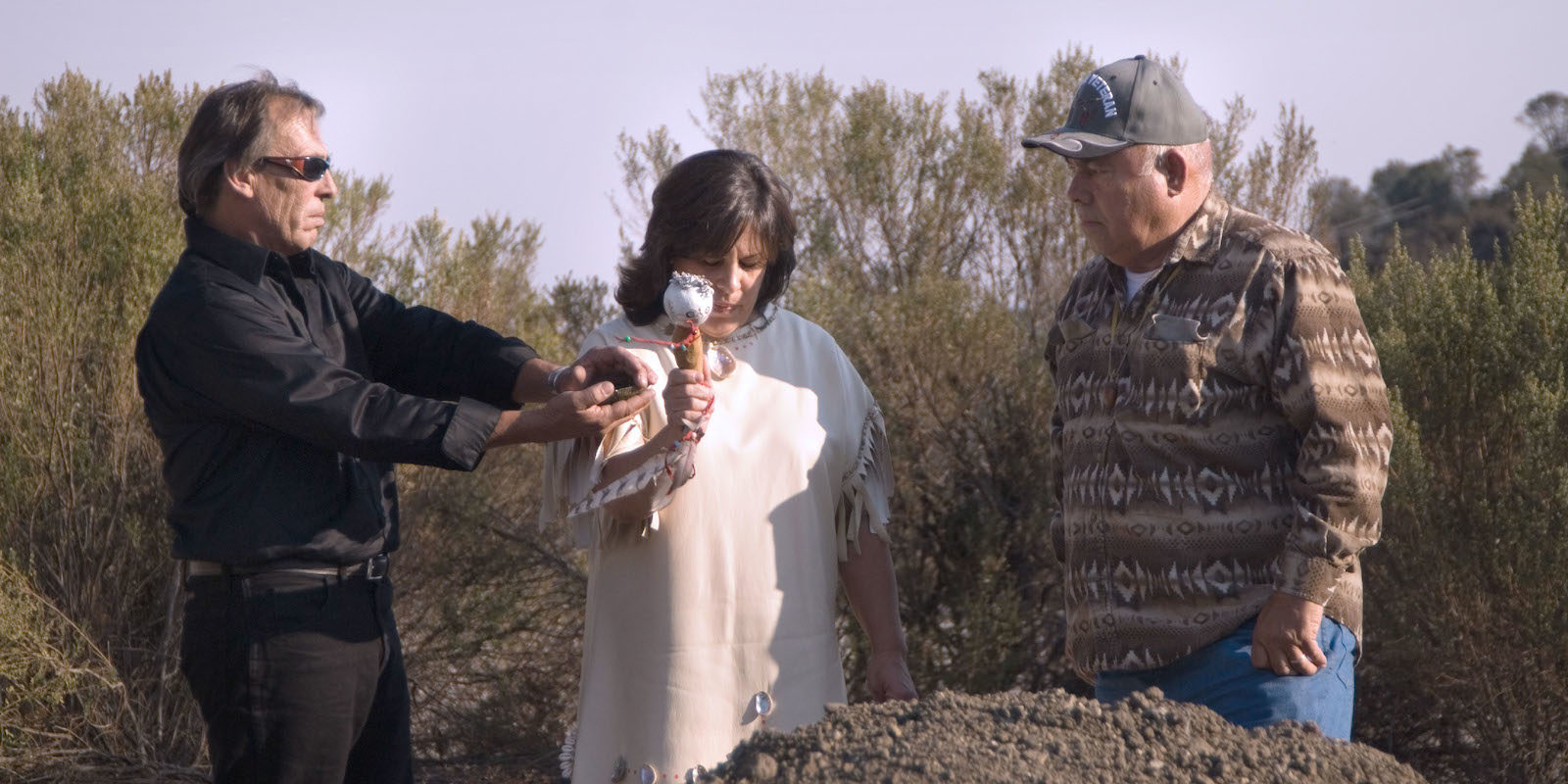 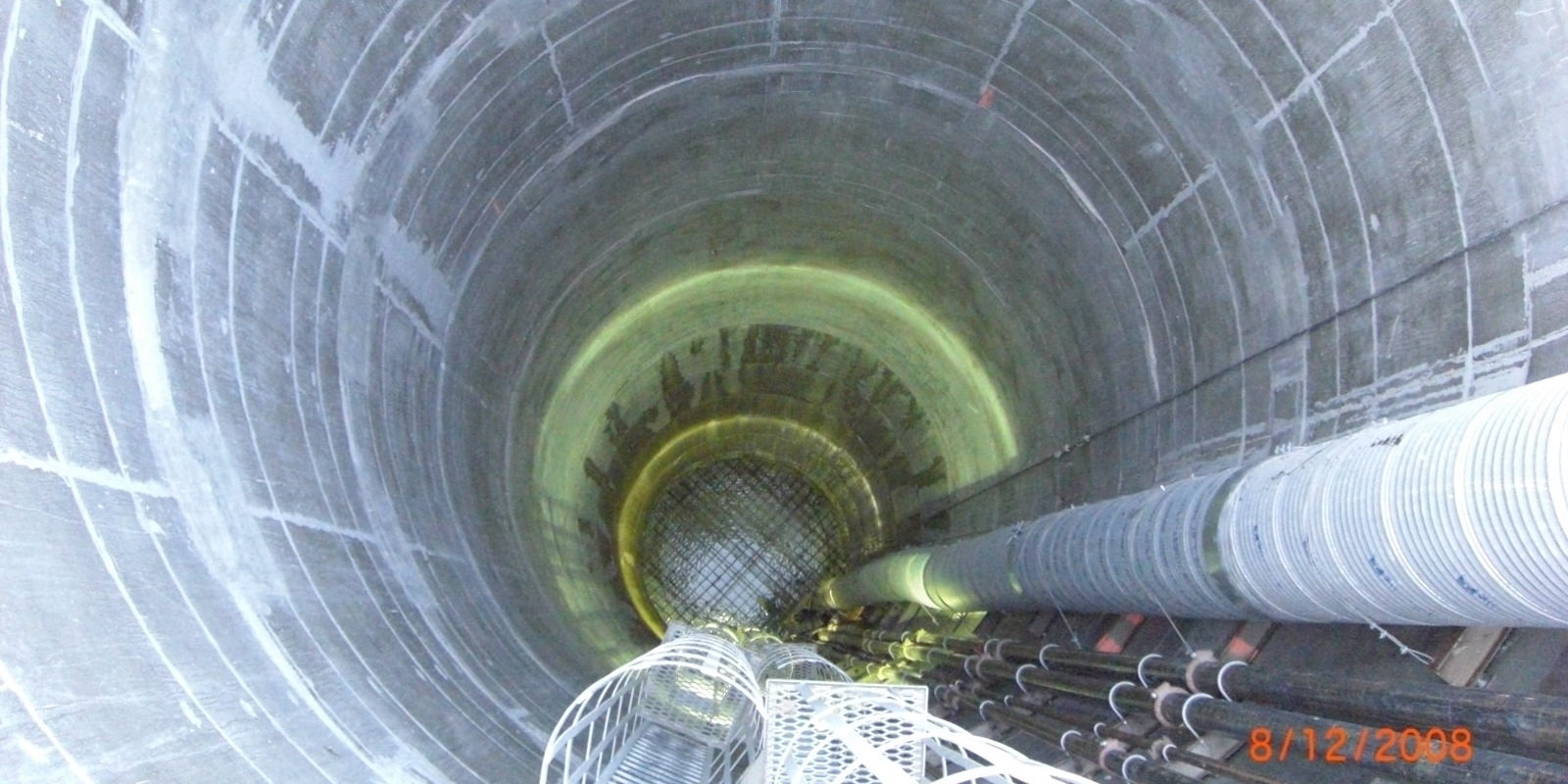 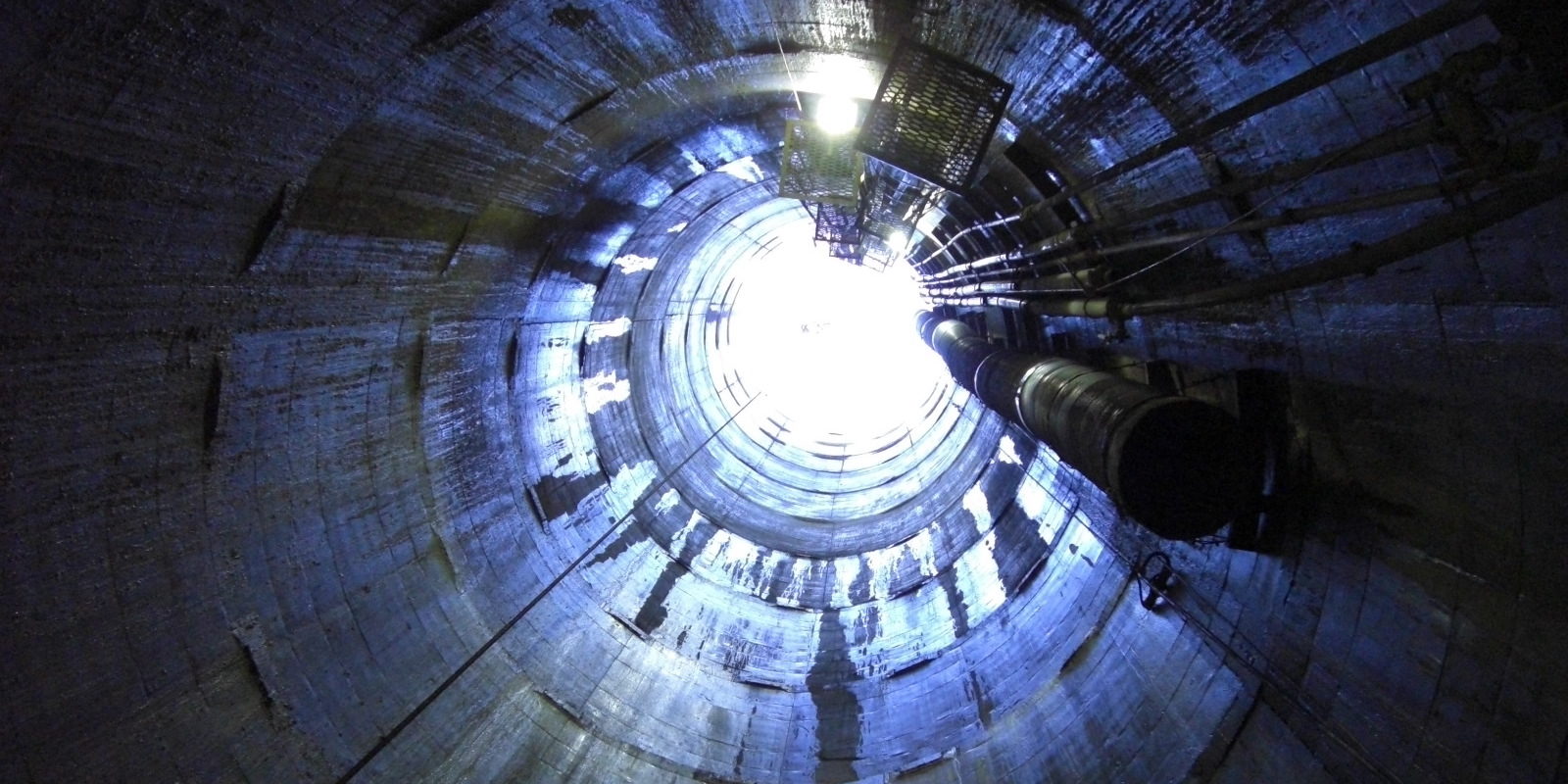 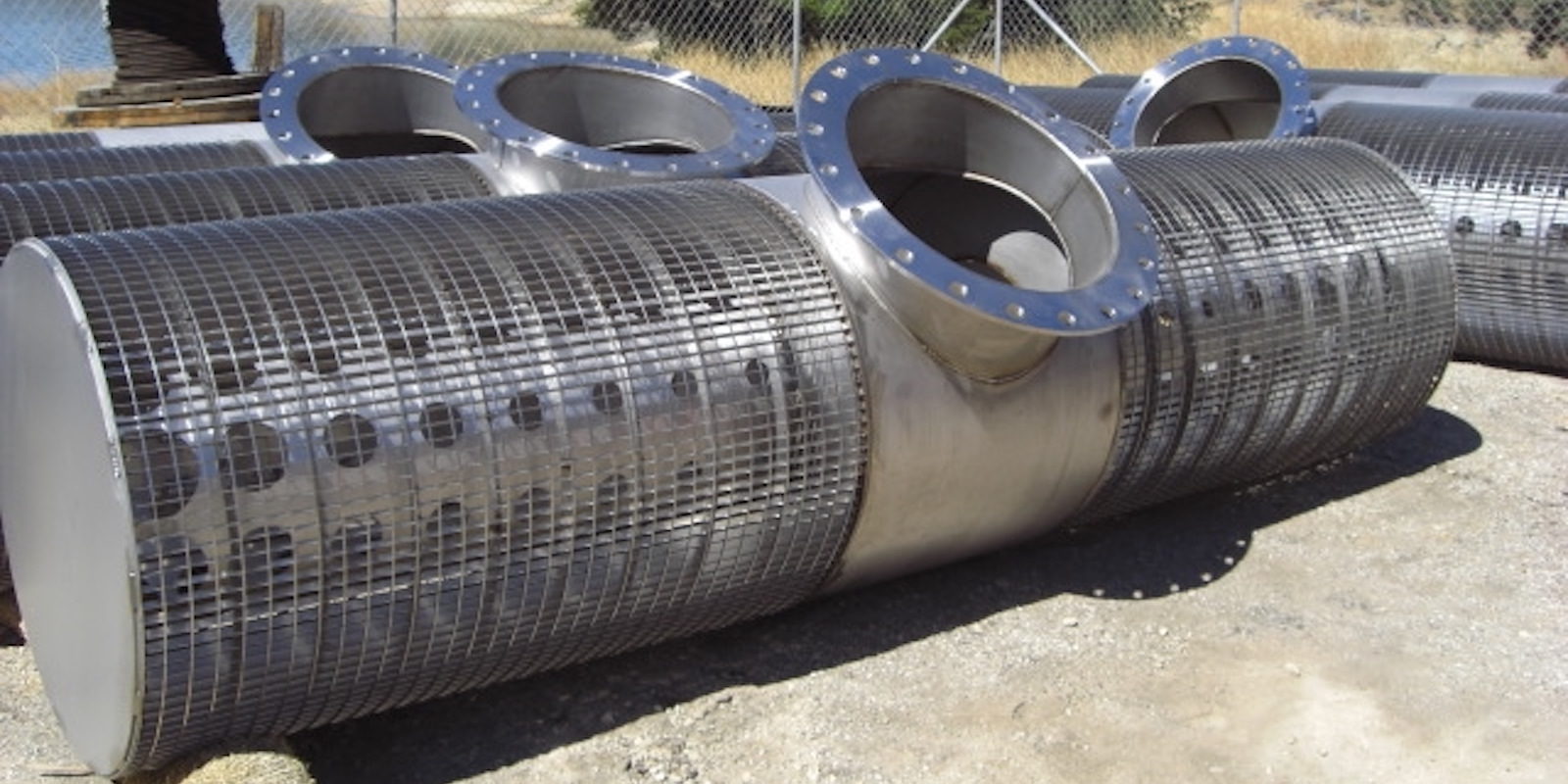 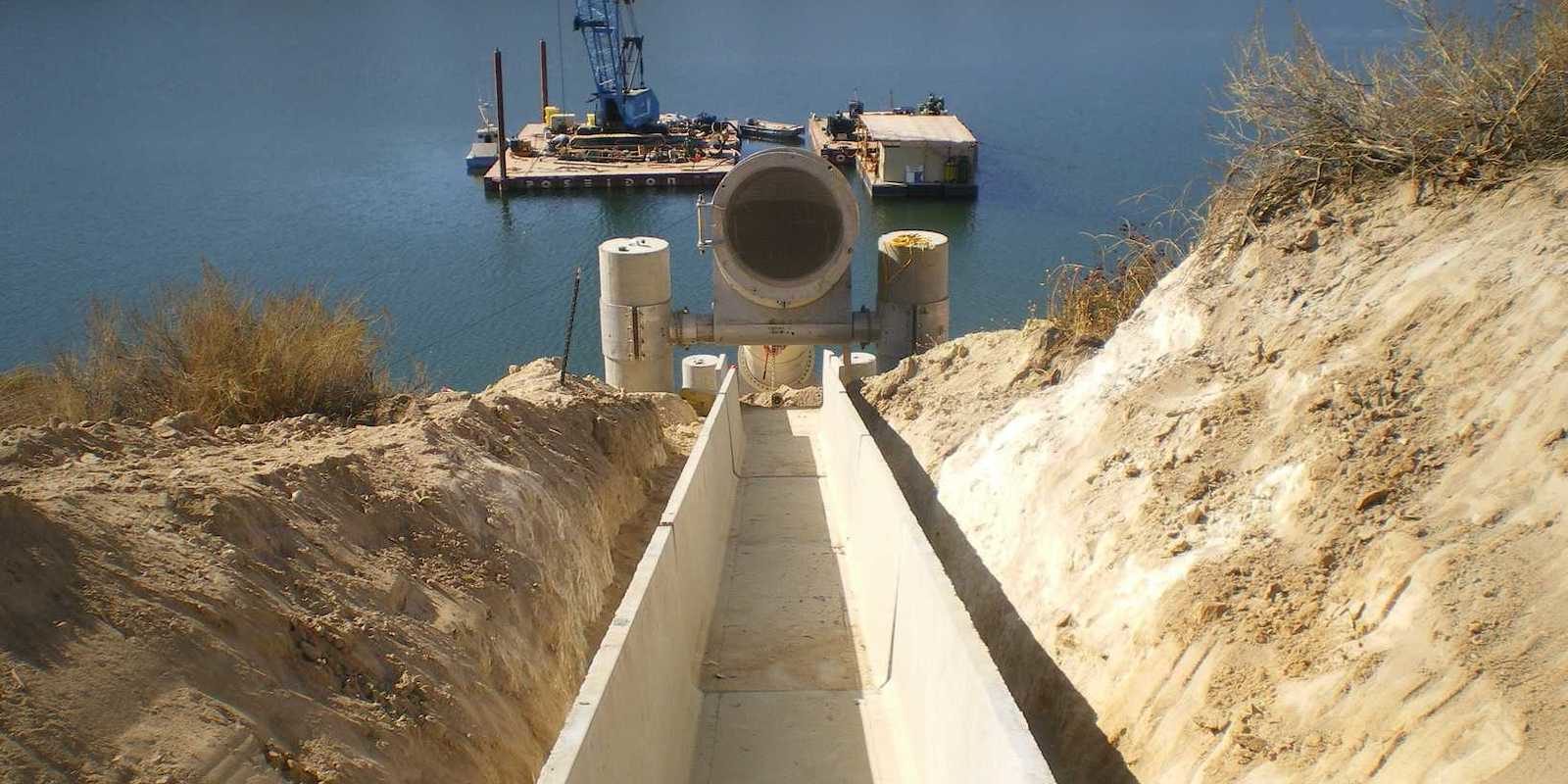 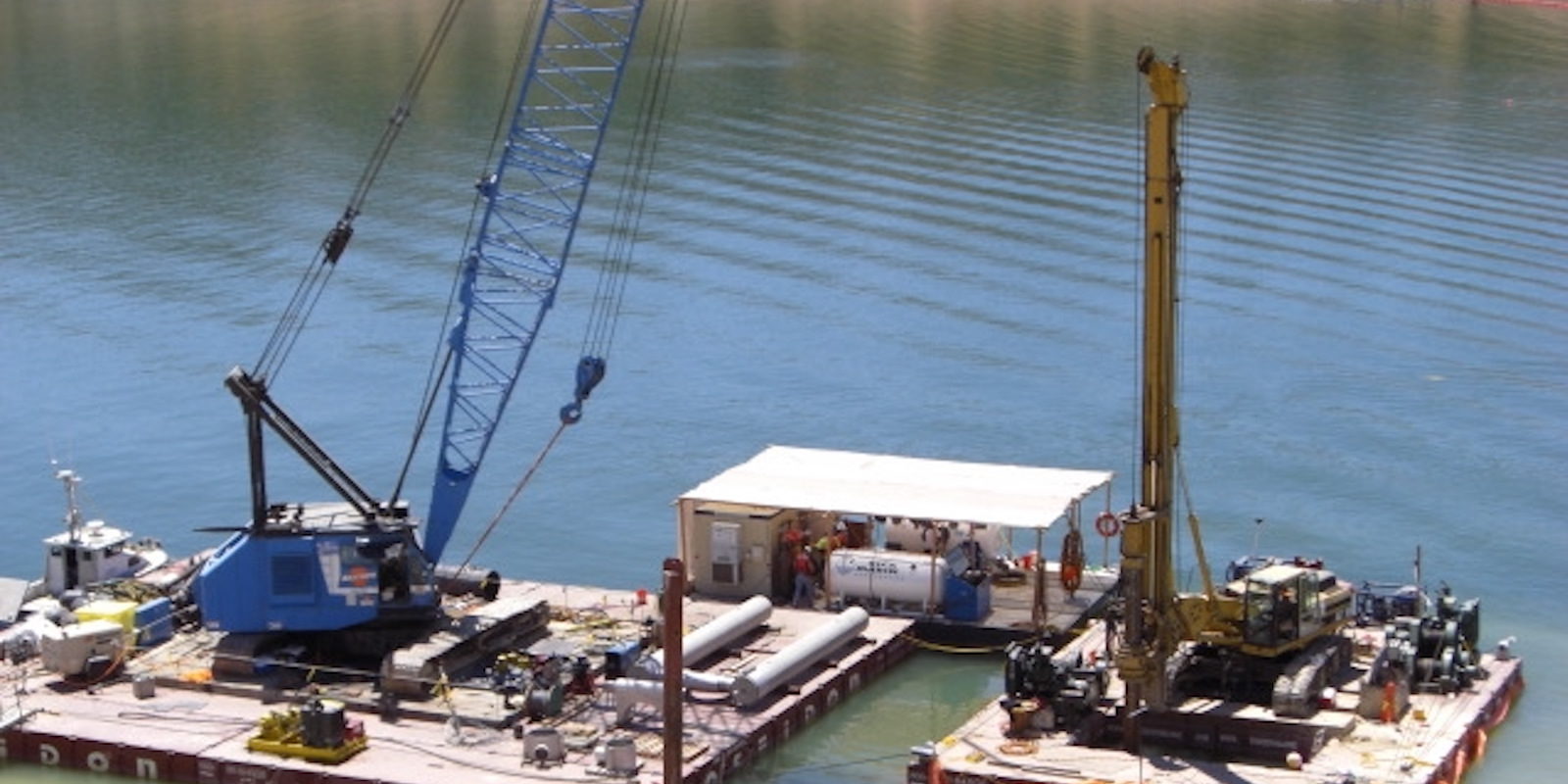 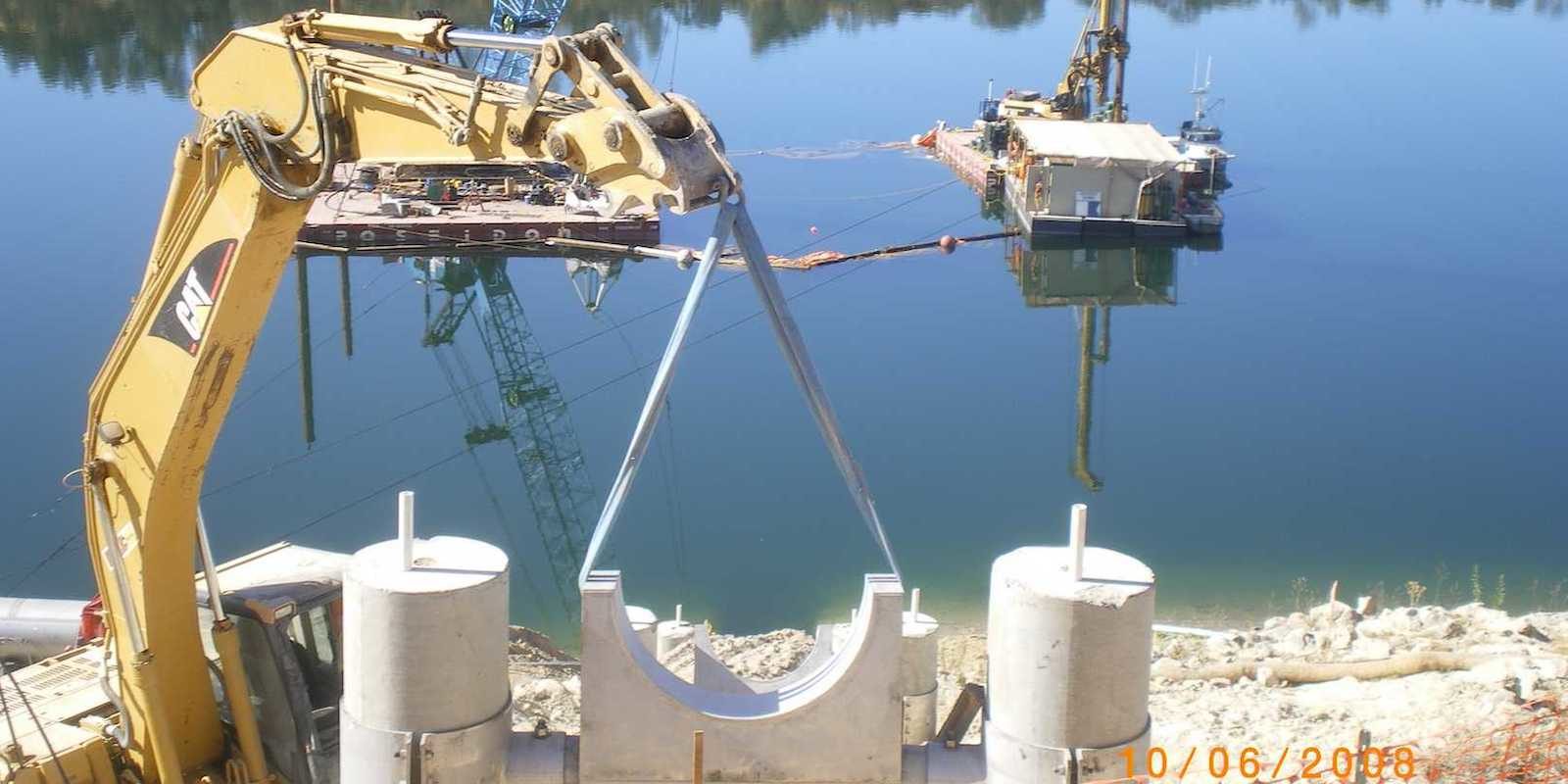 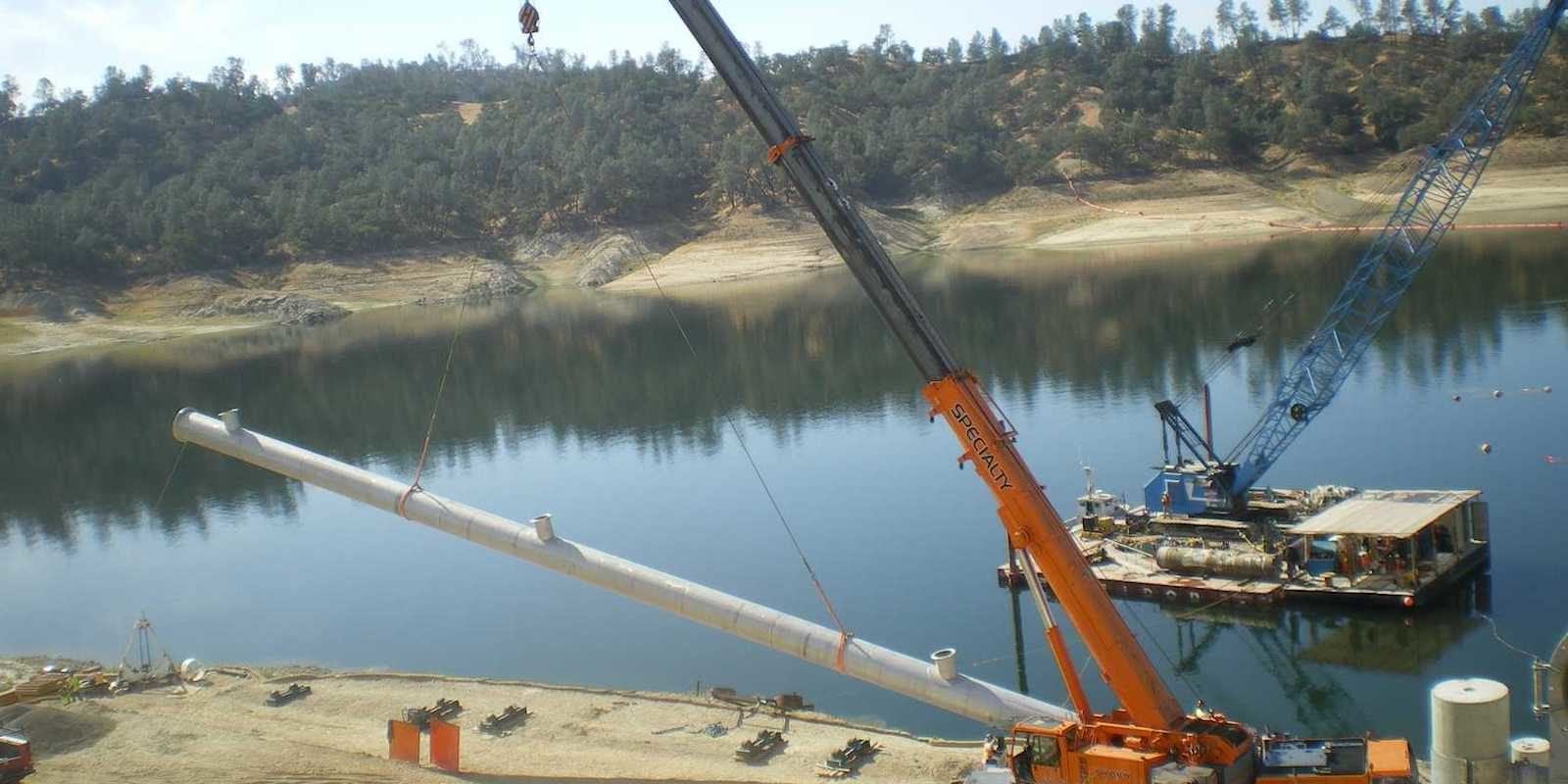