The 1,189 MW concrete gravity Bonneville Lock and Dam is located approximately 145 river miles from the mouth of the Columbia River between Oregon and Washington. An existing fish ladder has provided chinook and coho salmon a means around the hydroelectric facility at the dam to their spawning areas upstream.

Lamprey, an eel like fish with no fins, have not been able to navigate the high-velocity passage system at the dam, resulting in declining lamprey numbers. This project modified the fish ladder on the Washington side of the of the dam to accommodate lamprey in an attempt to rebuild the population in habitats upstream. Heralded as an innovative alternative to fish passage, the project is considered a prototype for future lamprey flume passage systems.

The scope of the project involved demolishing an existing lamprey flume system, construction of a cofferdam, fabricating and installing the new system underwater on the side of the dam, and installing a gravity water supply system to feed the new flume. The gravity water supply included fabrication of a 300-foot welded steel pipeline and boring through the fish ladder to provide water to the new flume.

Additional challenges included maintaining the fish ladder in a dewatered state, minimizing impacts on the daily dam operations and coordinating with other contractors and subcontractors performing work onsite. Strict security procedures were in place at the dam and access for personnel and subcontractors required advance planning and authorization.

When the initial installation of the flume system was complete, it was evident that the anchors designed to attach the flume to the dam were not sturdy enough to withstand the vibration generated by the water spilling over the dam. The anchors were redesigned and JWF reinstalled a sturdier system to ensure the flume was secure.

Multiple stakeholders were involved in the project including the US Army Corps of Engineers who provided project funding, the Bureau of Reclamation who operates the dam with the Corps, the Bonneville Power Administration who markets the hydropower generated, University of Idaho researchers who track the lamprey migration in a Corps-funded study, and the Umatilla, Warm Springs and Yakama tribes who have fishing rights on the Columbia River.

US Army Corps of Engineers 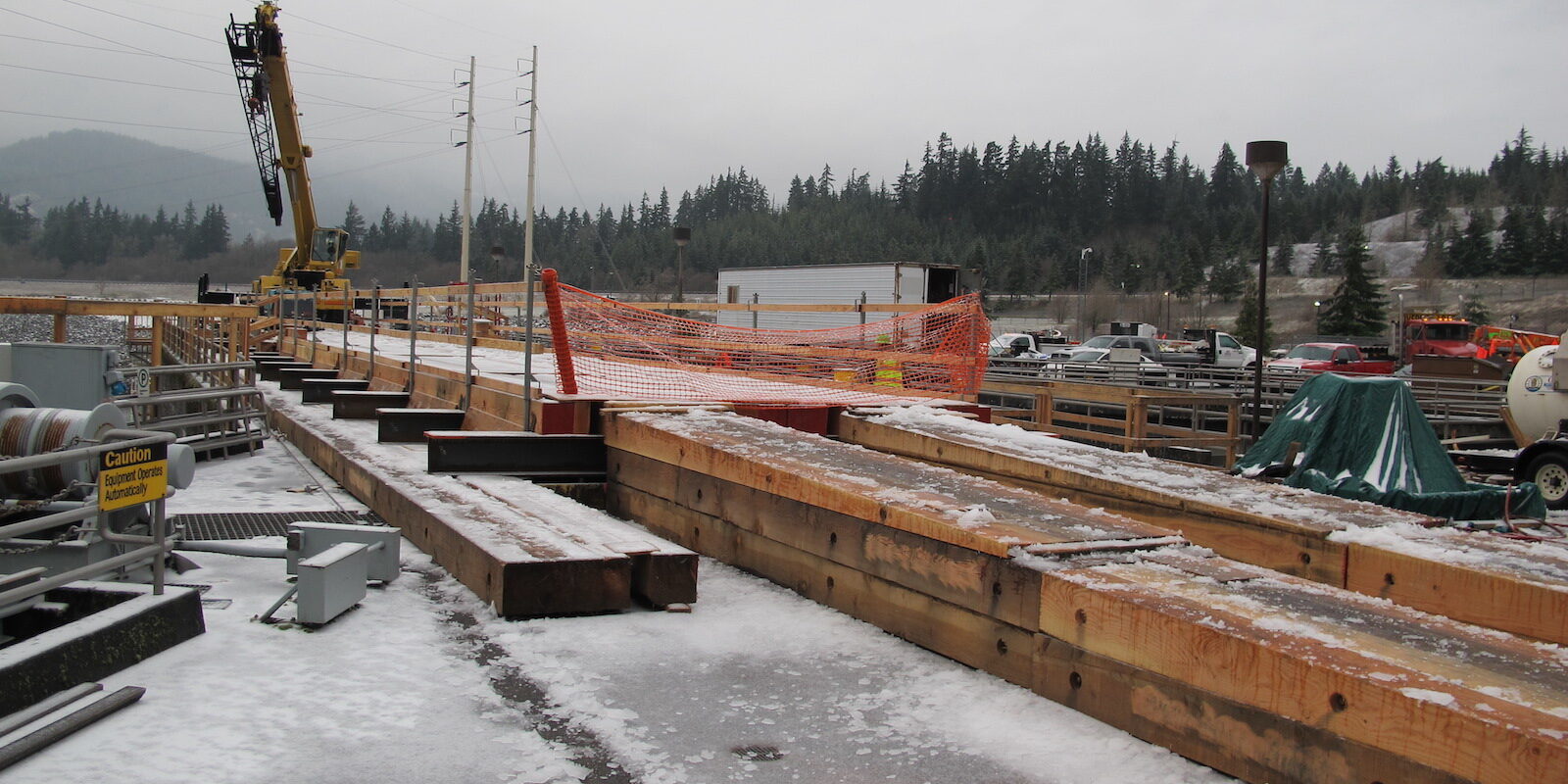 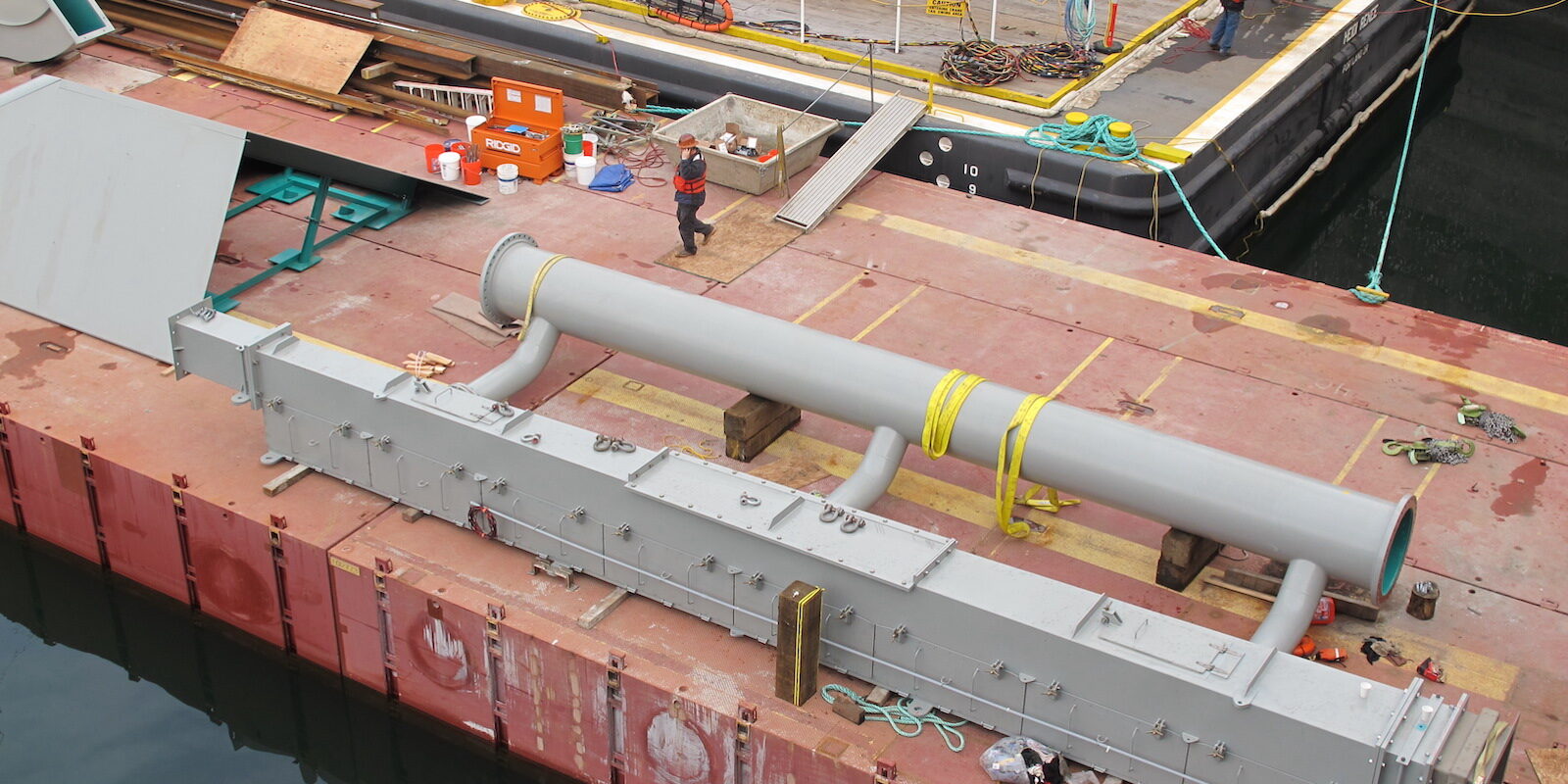 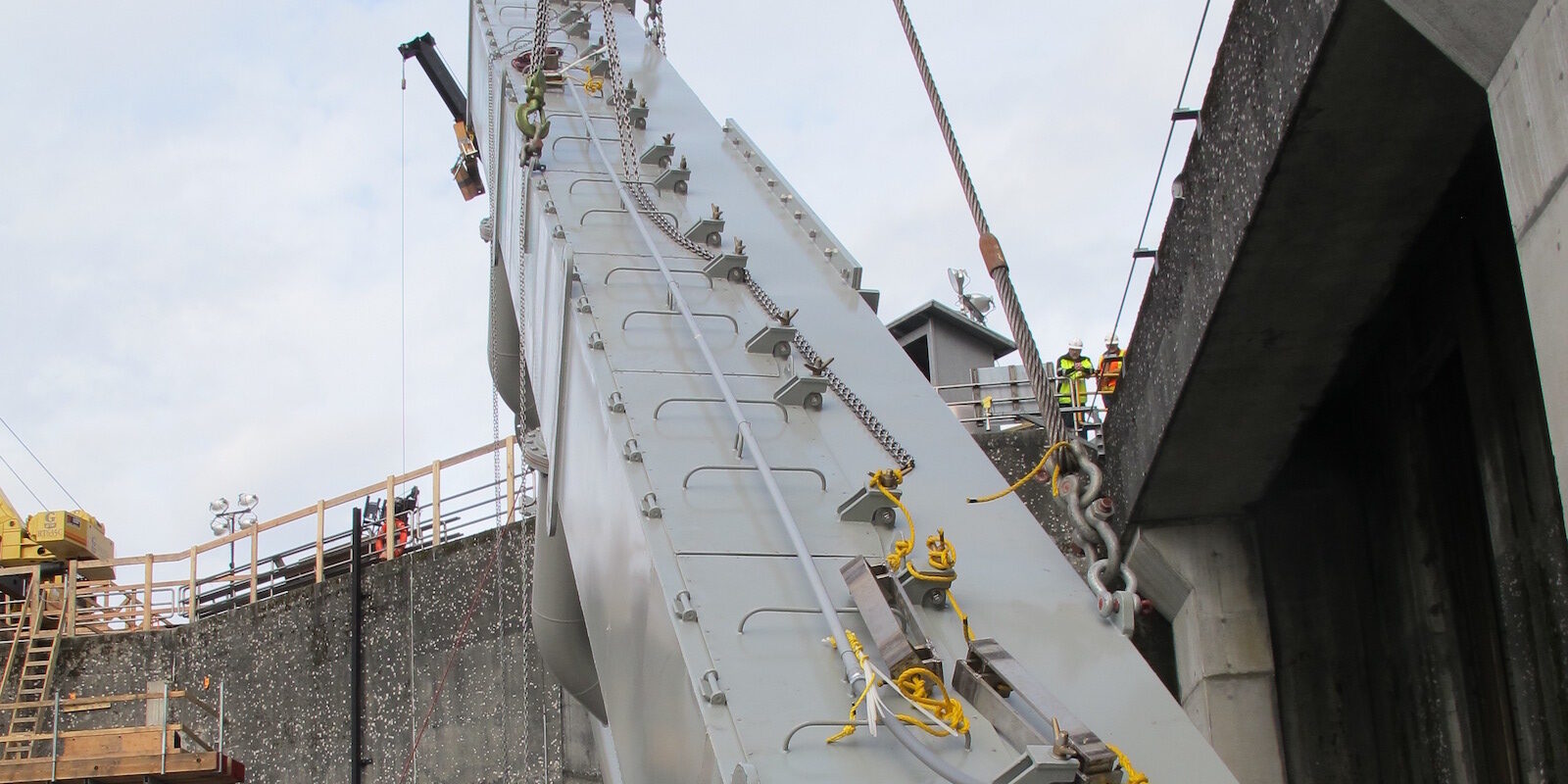 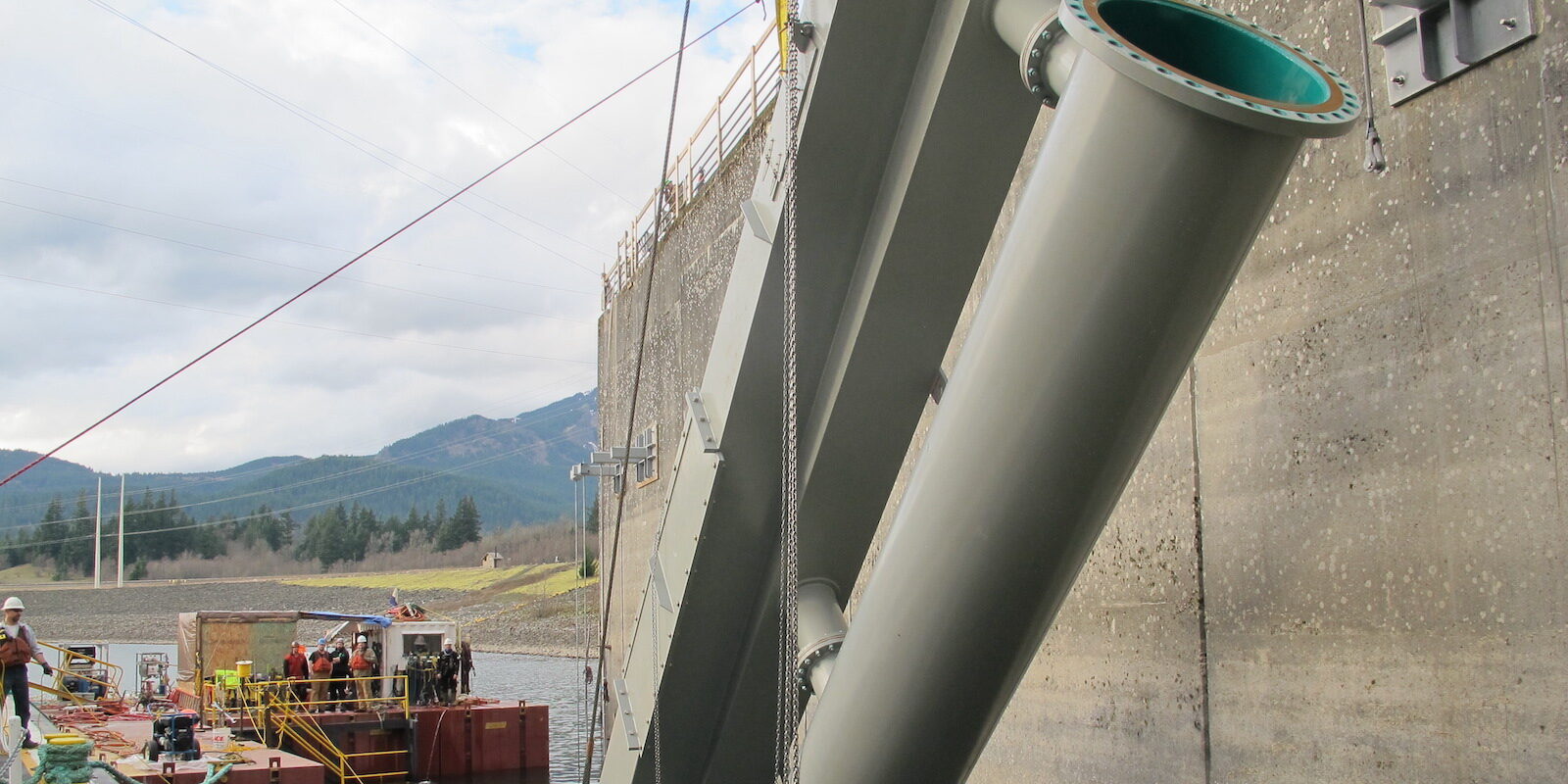 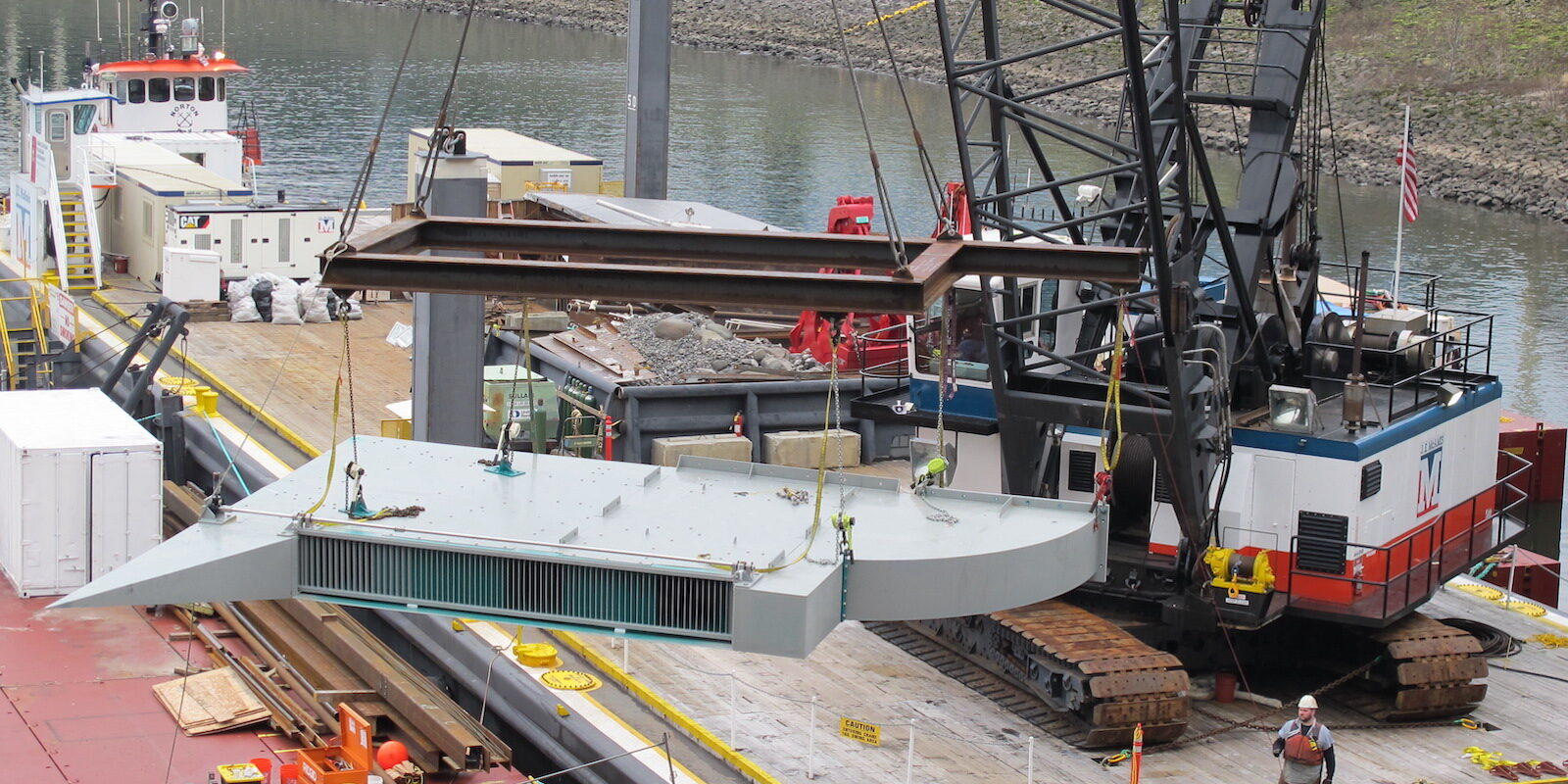 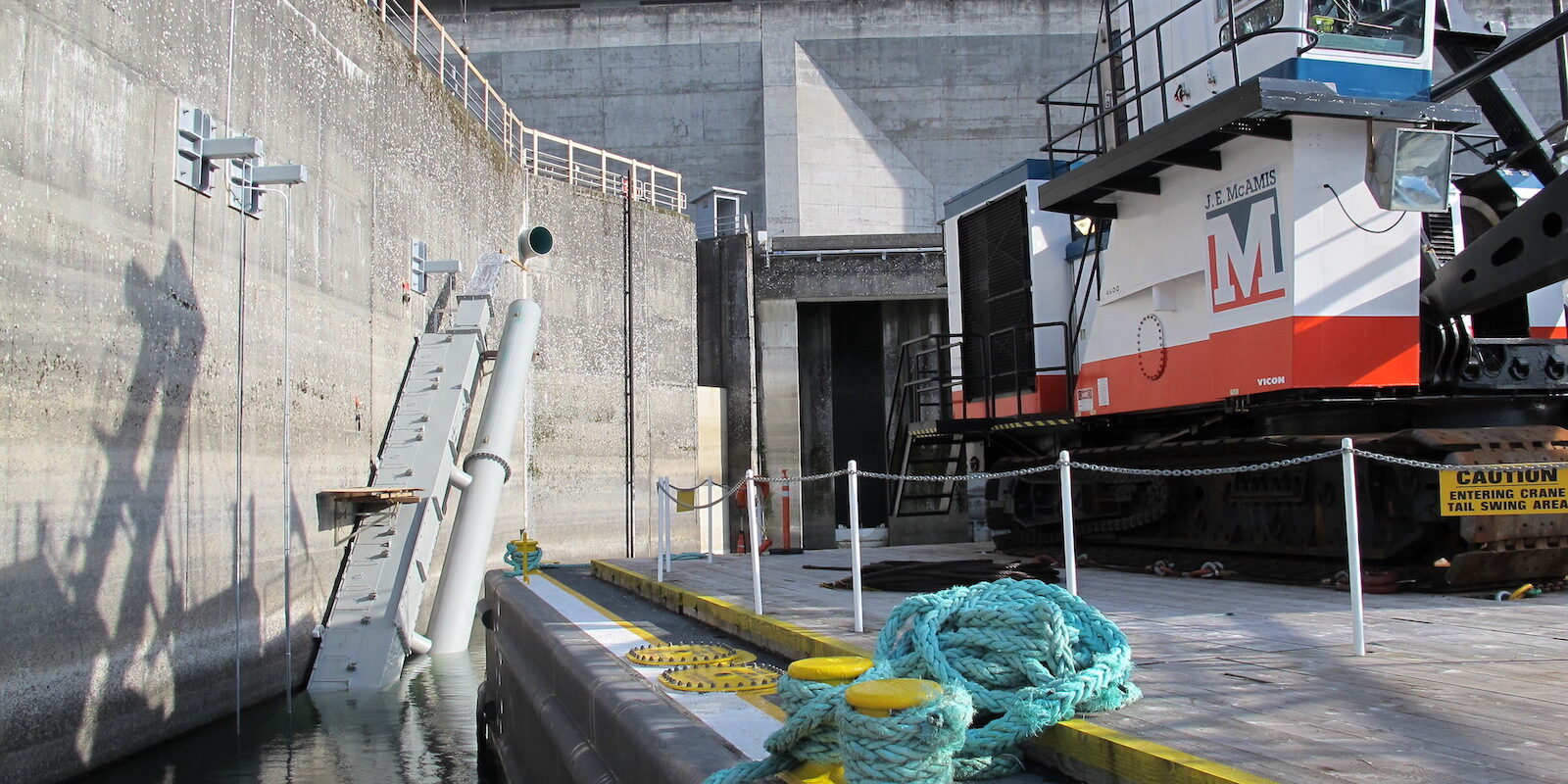 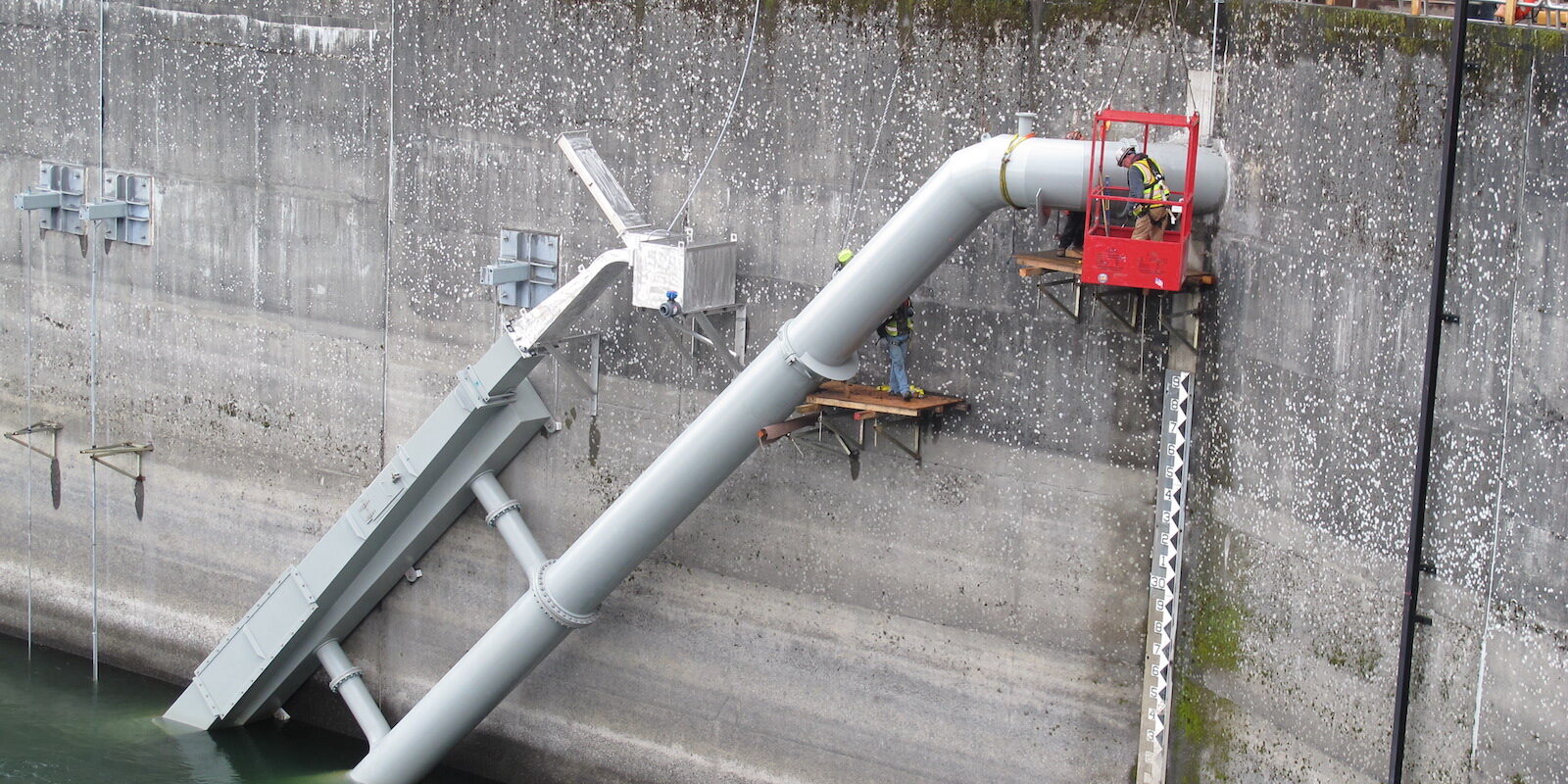 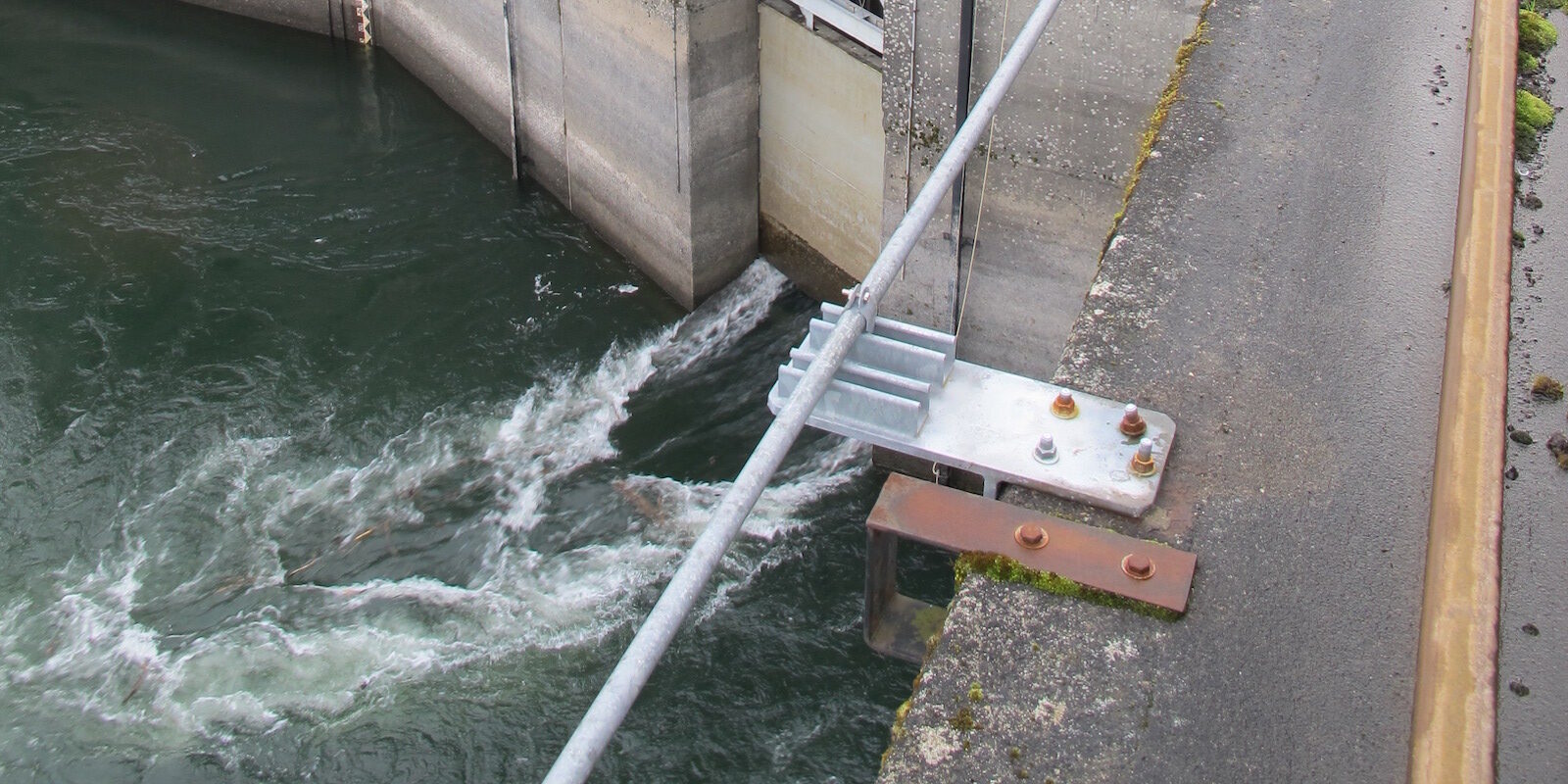 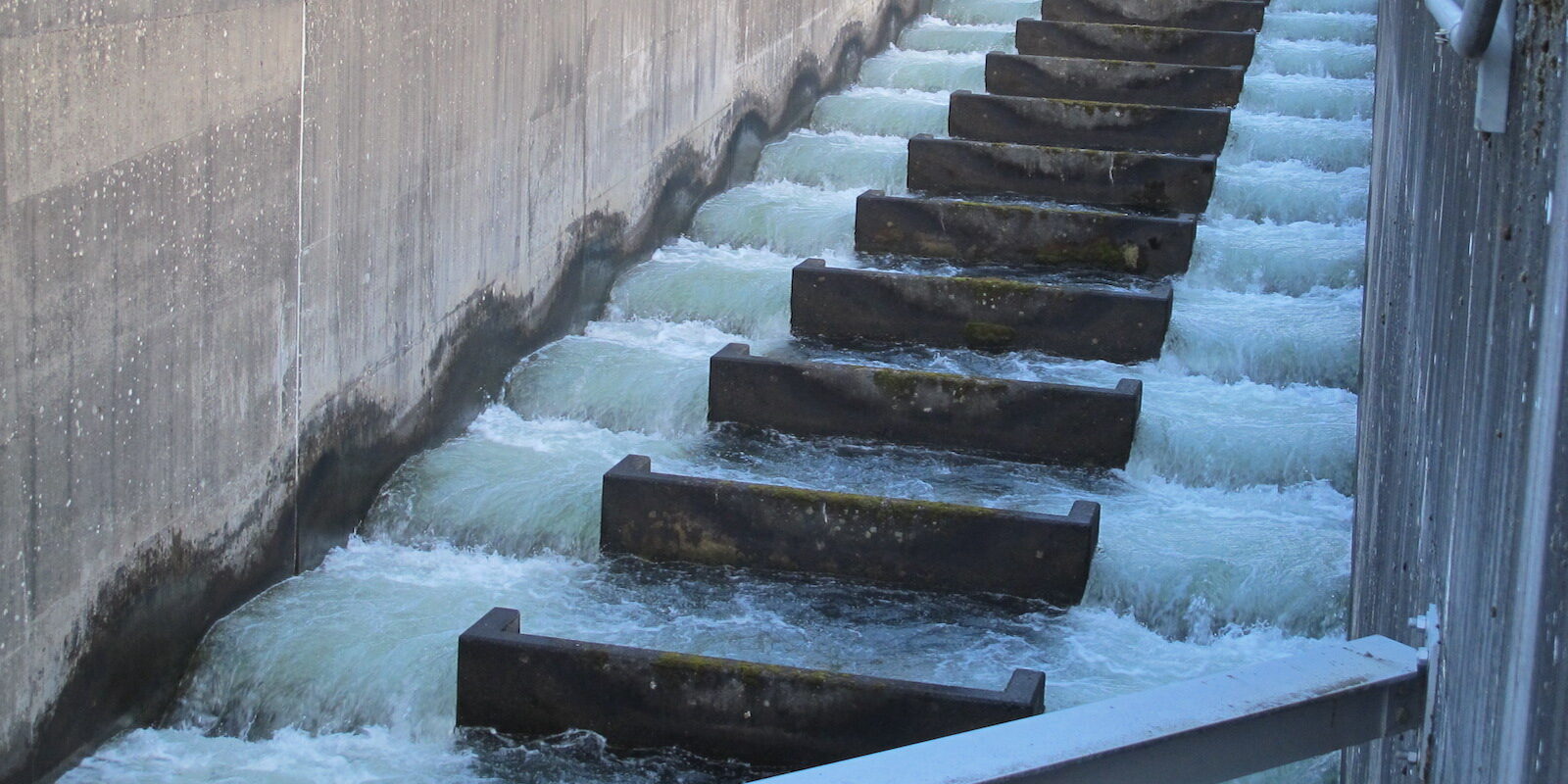 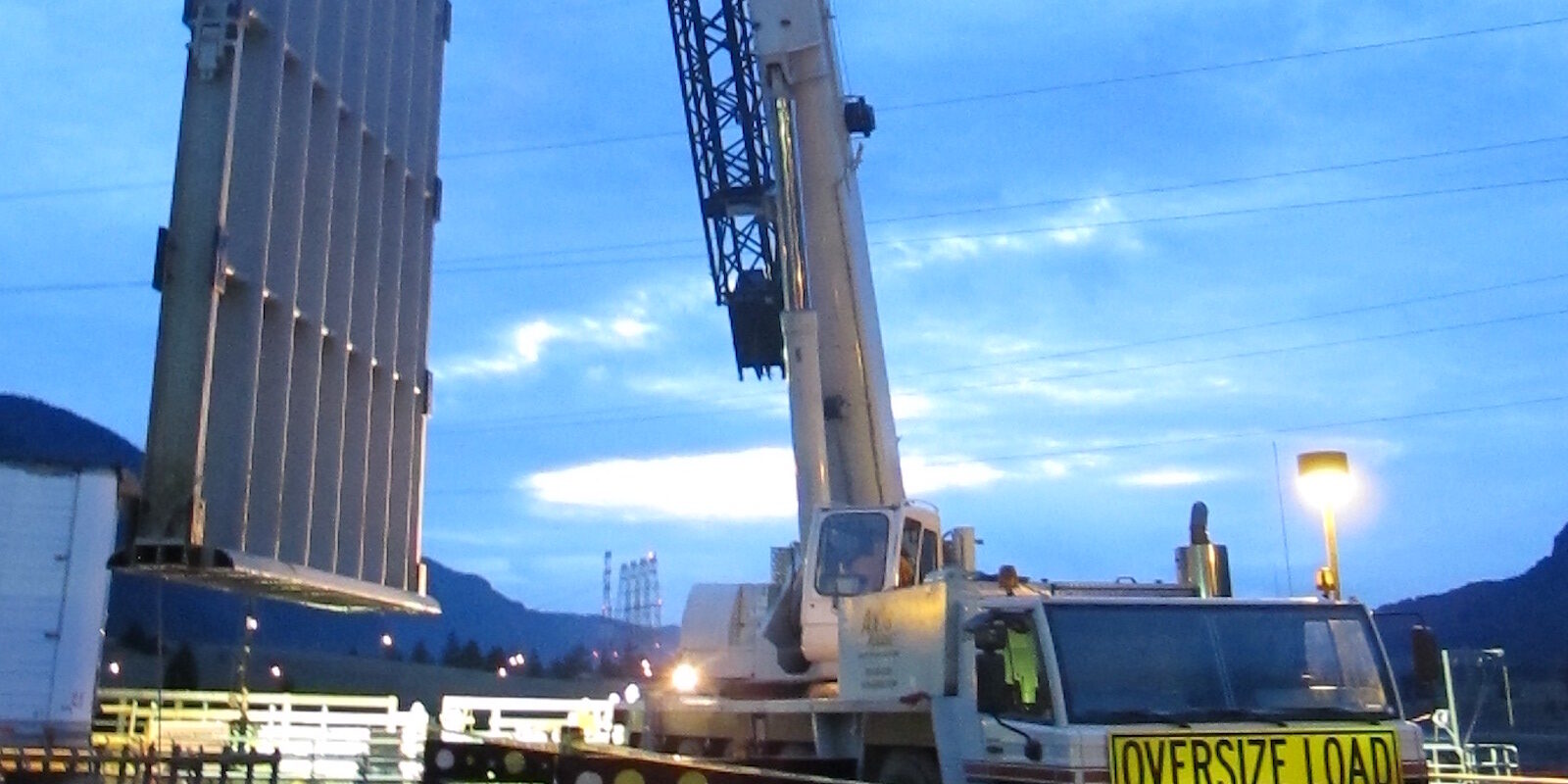 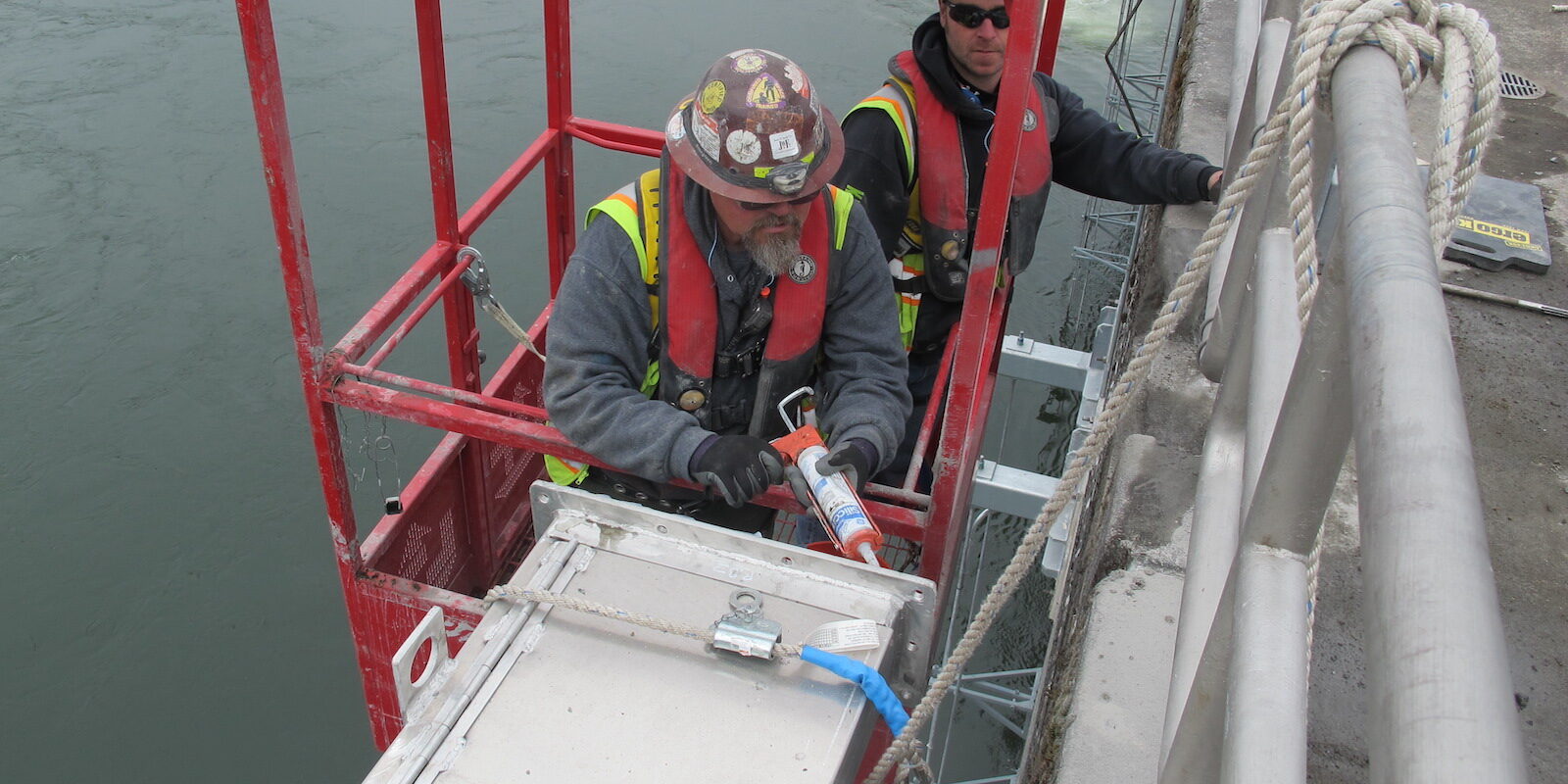 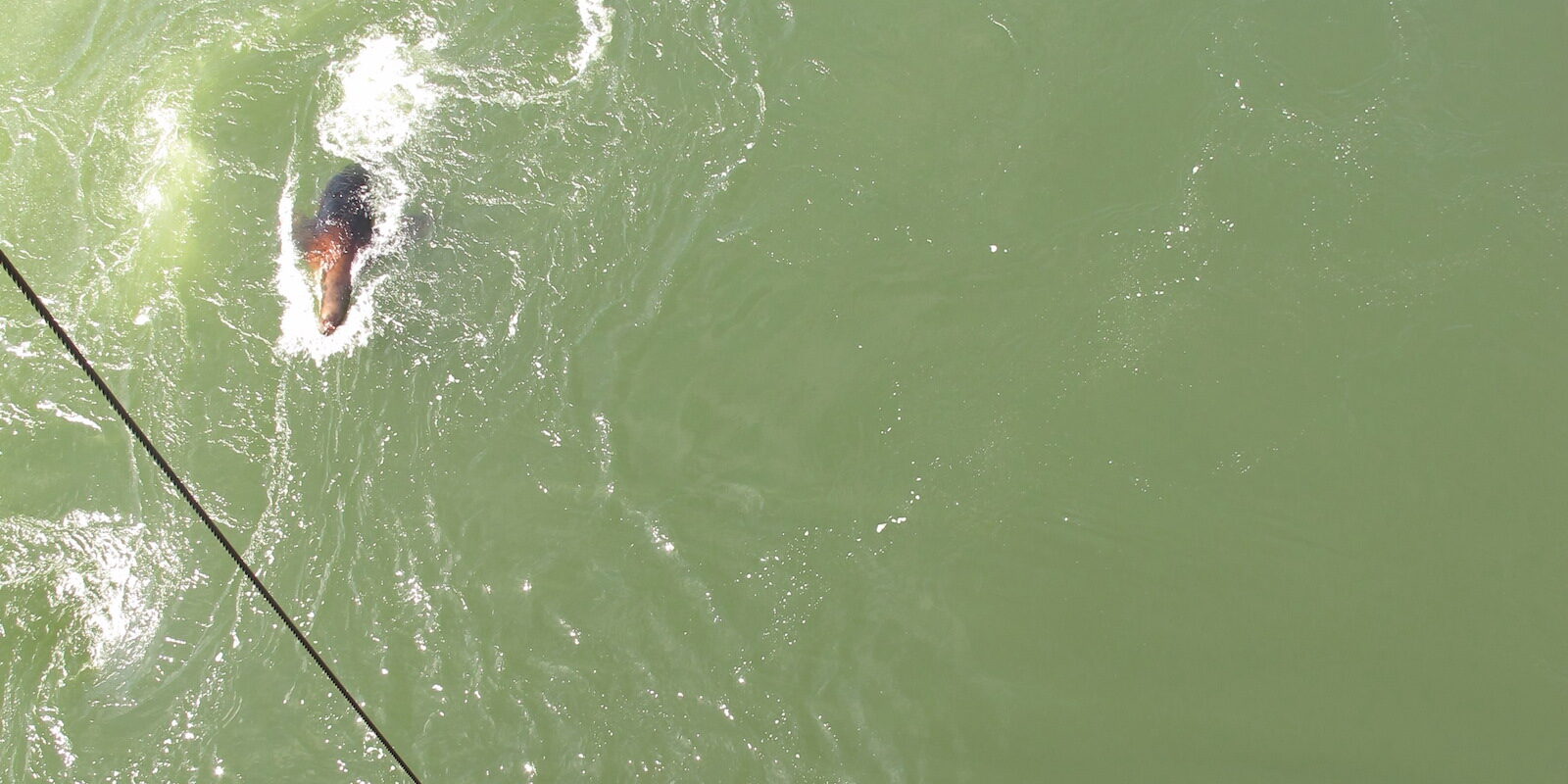 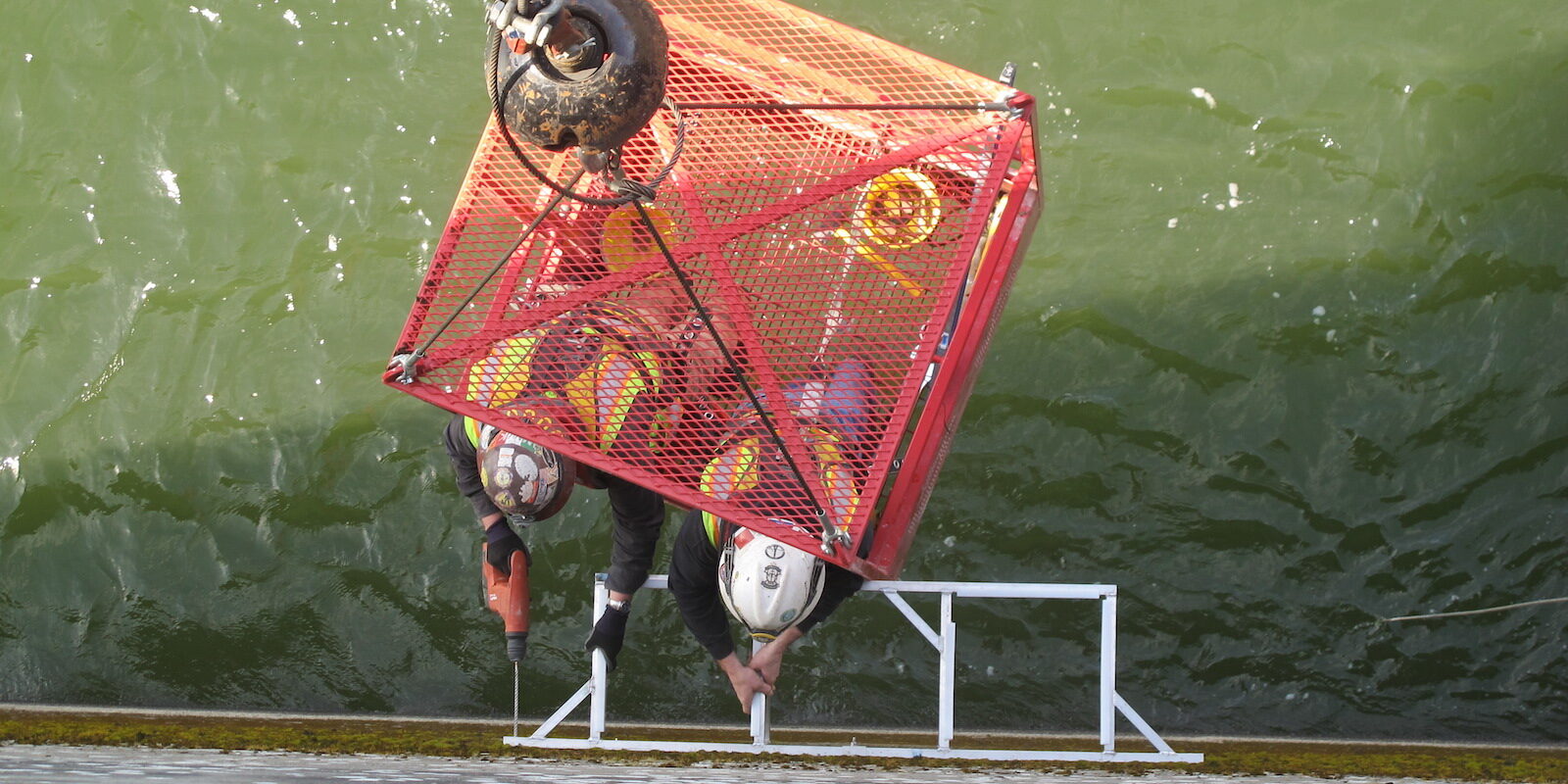 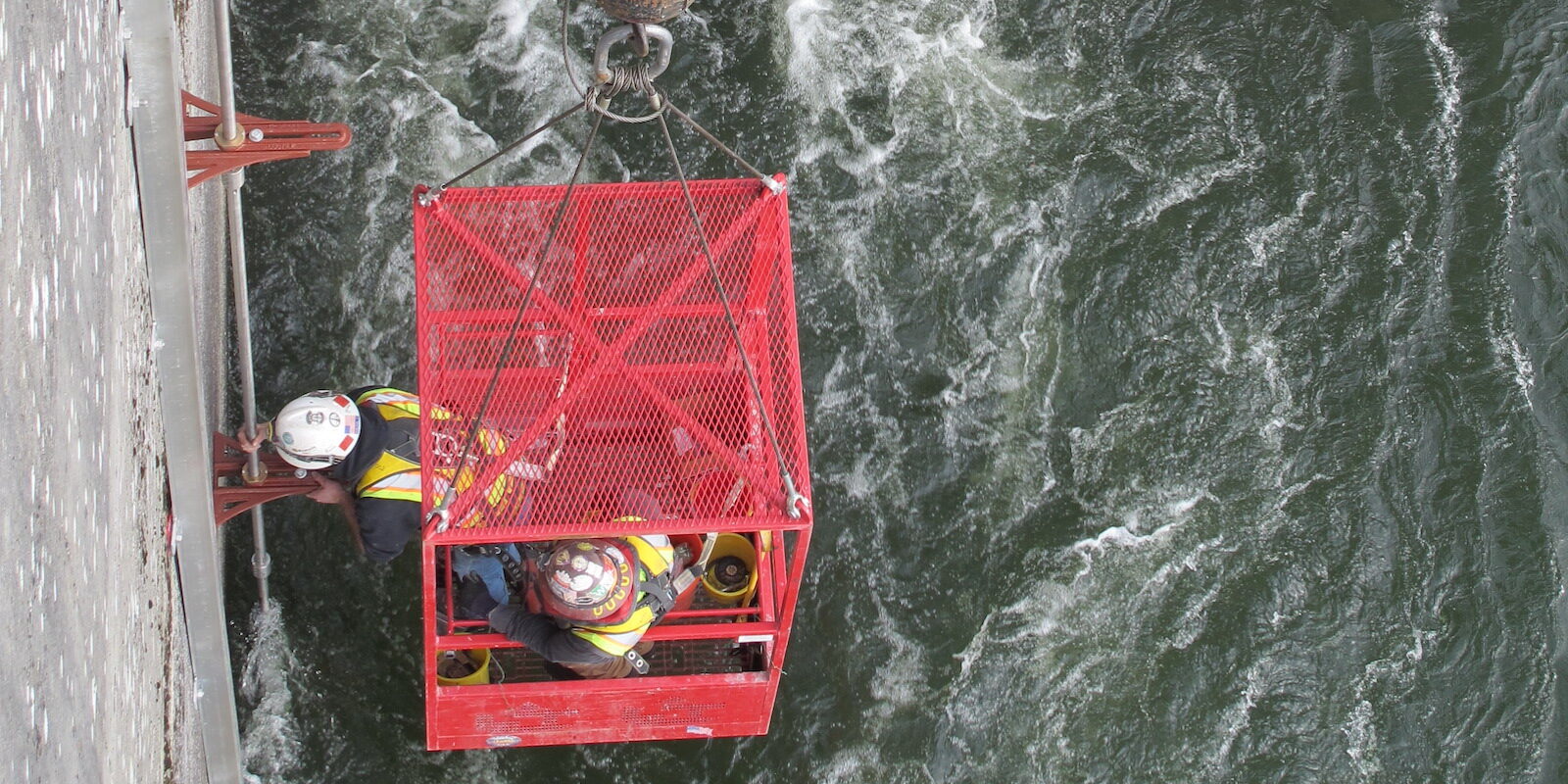 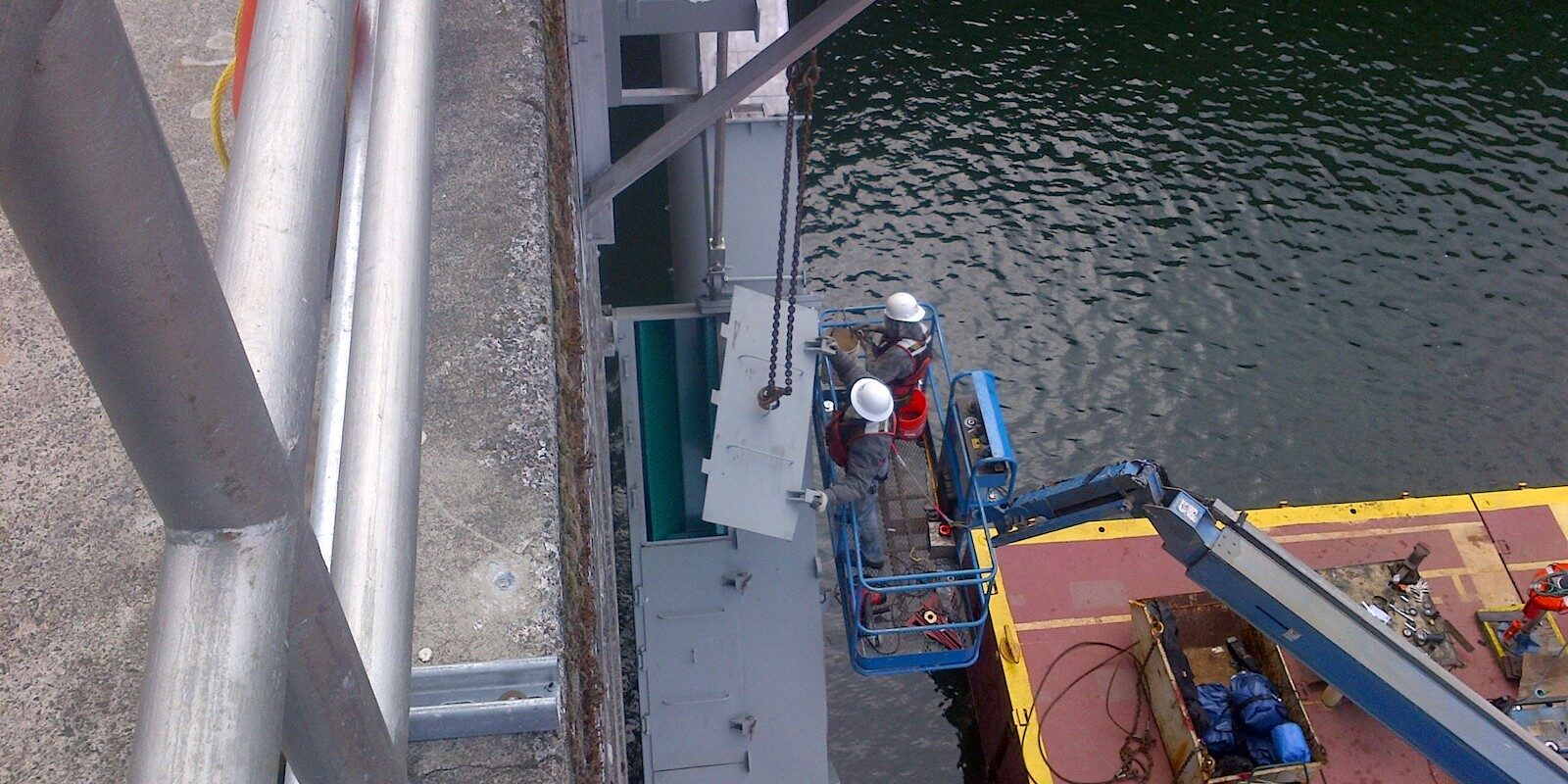 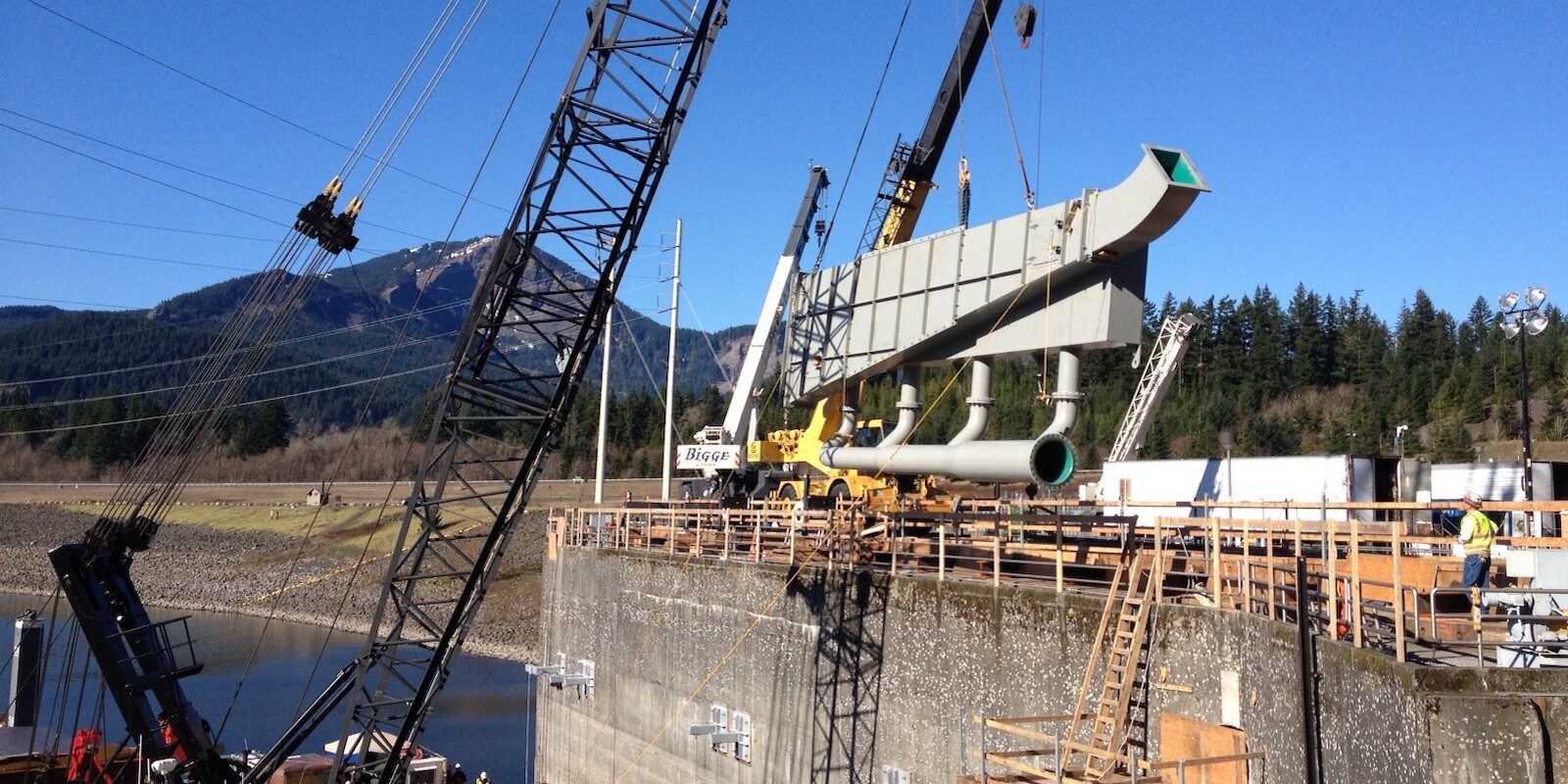