The 1,189 MW concrete gravity Bonneville Lock and Dam is located approximately 145 river miles from the mouth of the Columbia River between Oregon and Washington. This emergency project for the historic Bonneville Branch B Fish Ladder on Bradford Island at the Bonneville Dam was necessary to repair a scoured fish ladder structure and replace the failed riprap revetment. Adding to the project complexity, a very strict in-water work window was in place to complete the fish ladder and allow the US Army Corps of Engineers (USACE)use of the ladder for migrating salmon.

The undermined fish ladder floor slab was repaired by pouring approximately 250 cubic yards of structural concrete underwater to form a suitable foundation for the fish ladder. It was imperative that the concrete was placed without any air voids under the slab to ensure the entire structure was fully supported by the new concrete foundation.

The grouted riprap revetment work involved the placement of 450 tons of rock delivered to the project site via barge and tugboat on the Columbia River. This rip rap revetment repair was completed from a floating work plant with a barge-mounted crane at the base of the Bonneville Dam Spillway.

After the riprap was placed, 450 cubic yards of grout was injected into the rip rap to form a homogeneous structure. The completed work was inspected with a multi-beam hydro survey instrument which provided a three-dimensional map of the completed work. The USACE used the hydro-survey results to approve the underwater riprap placement.

The work was completed in a 26 day duration which allowed the USACE full use of the spillway and fish ladder upon completion. JWF worked closely with field staff and design staff during all phases of the work to meet the design intent. The project was completed successfully with no environmental compliance issues, no taking of endangered species or any impact to dam operations.

US Army Corps of Engineers 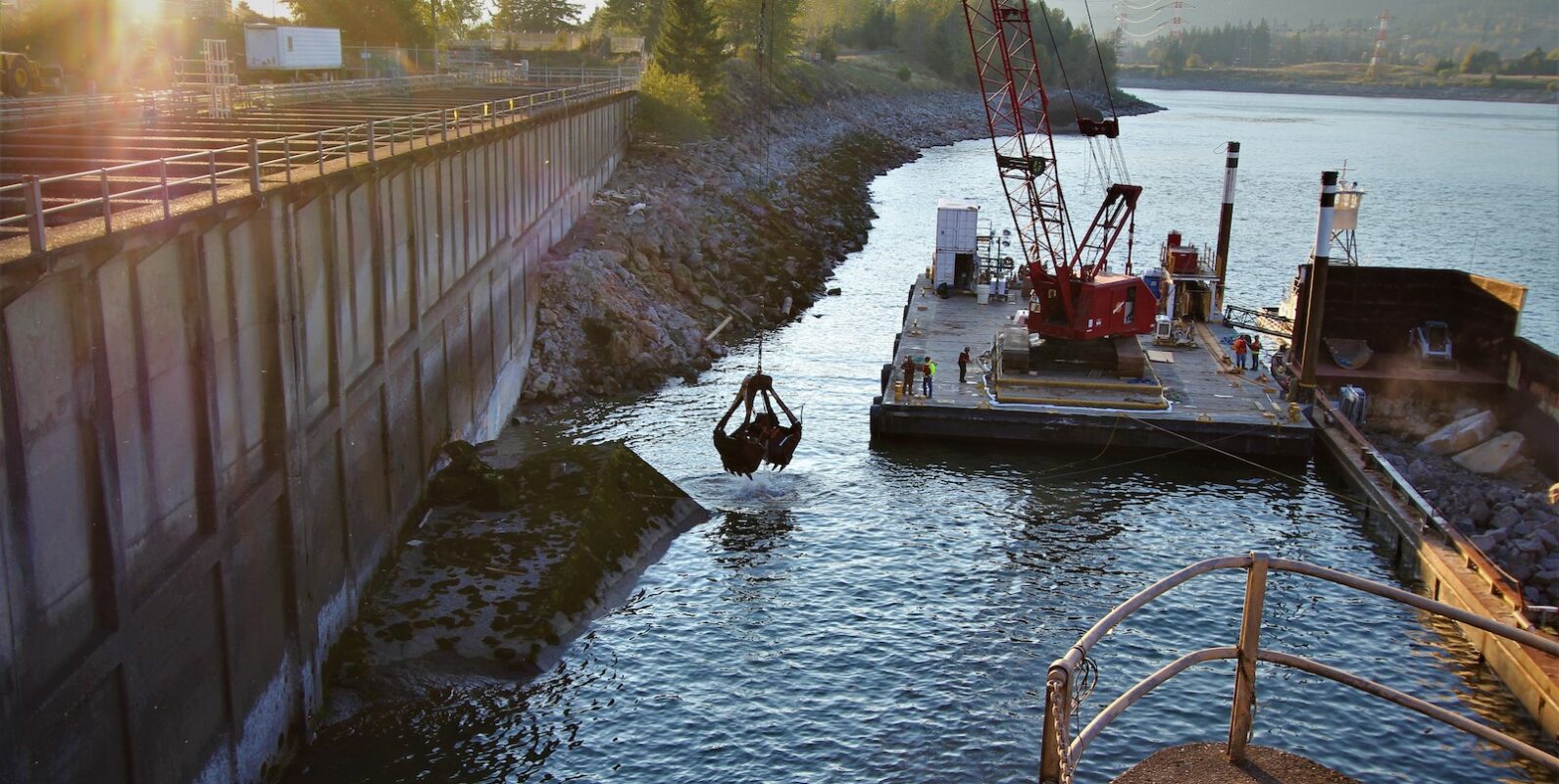 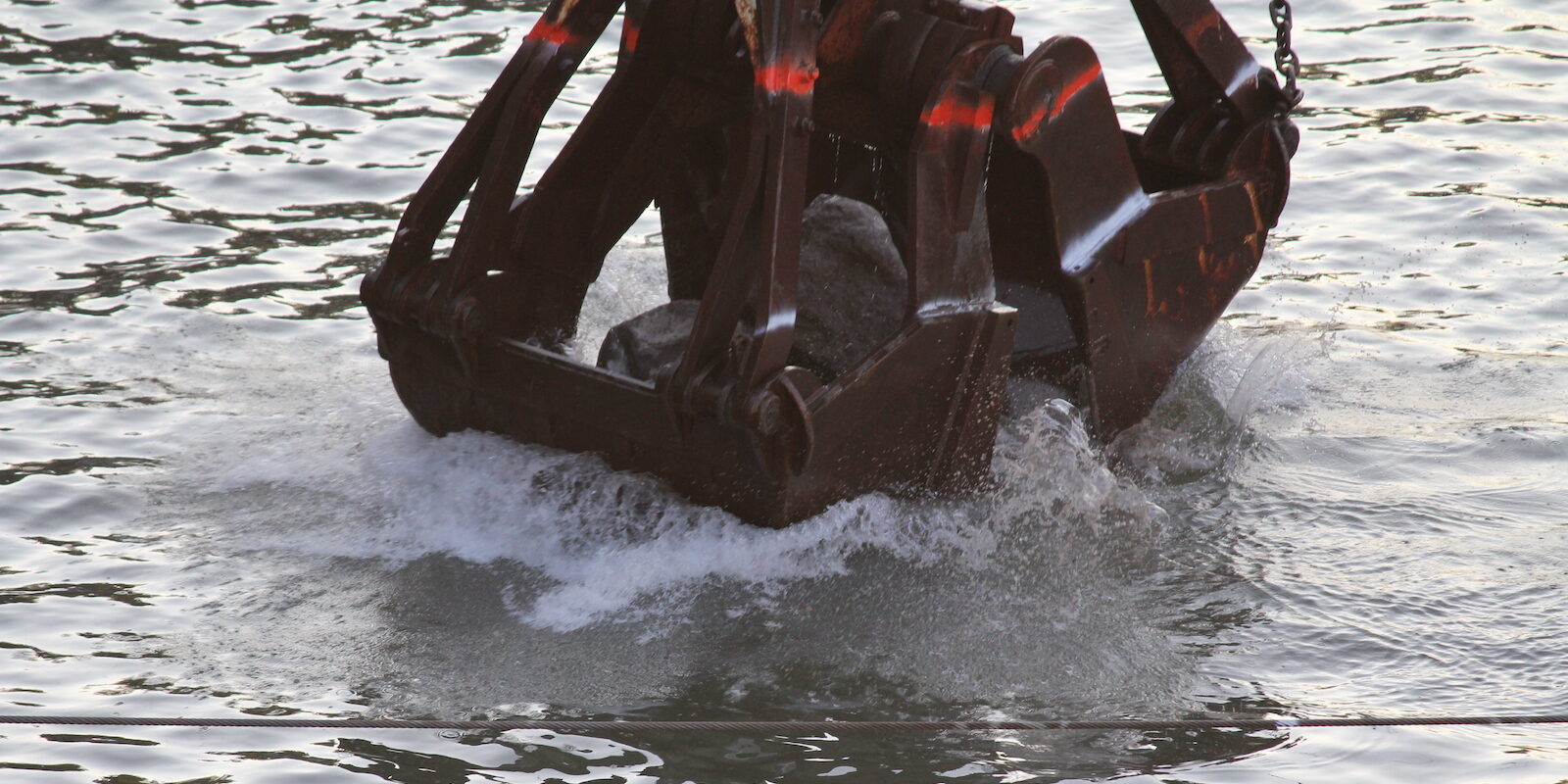 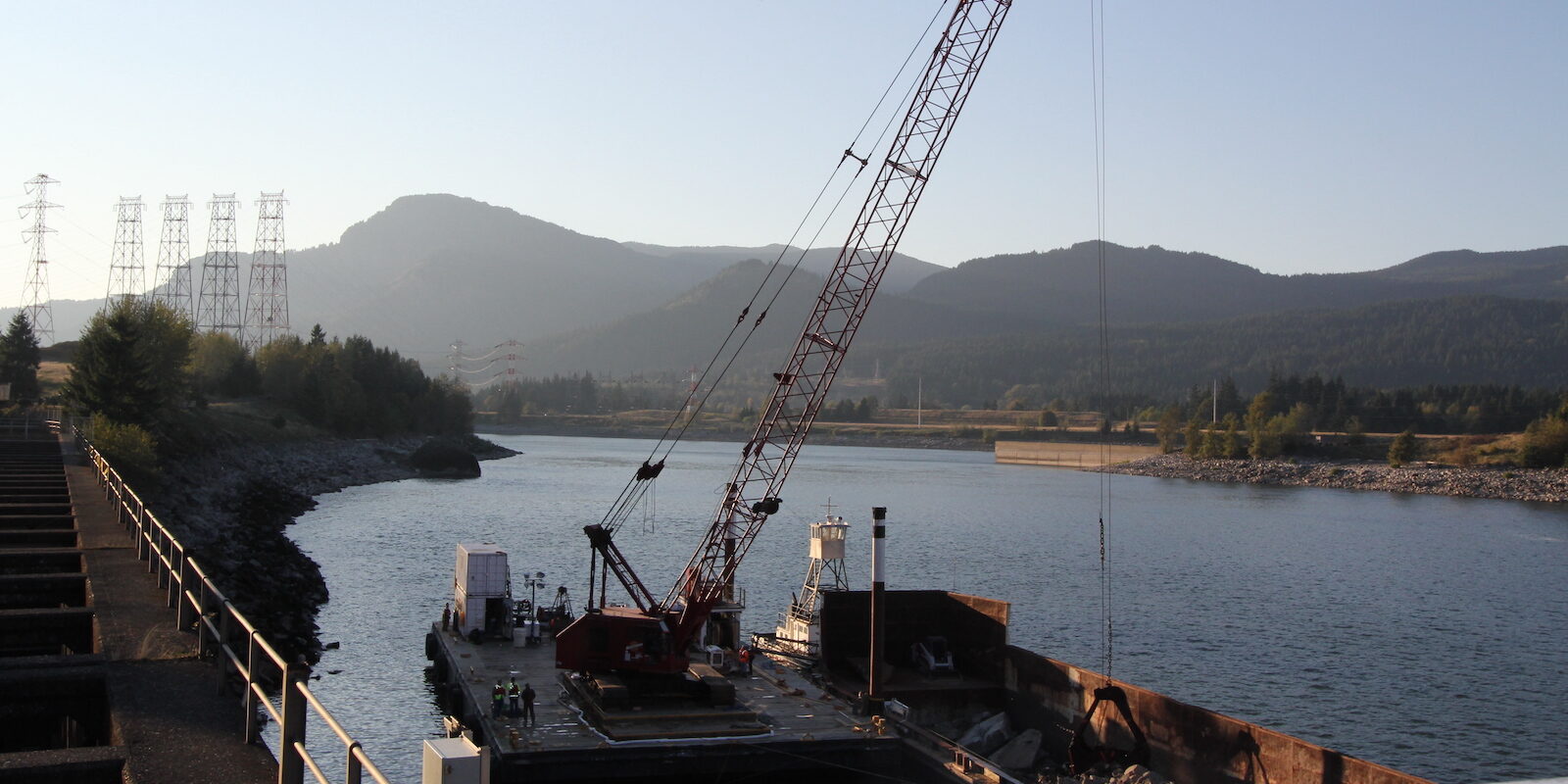 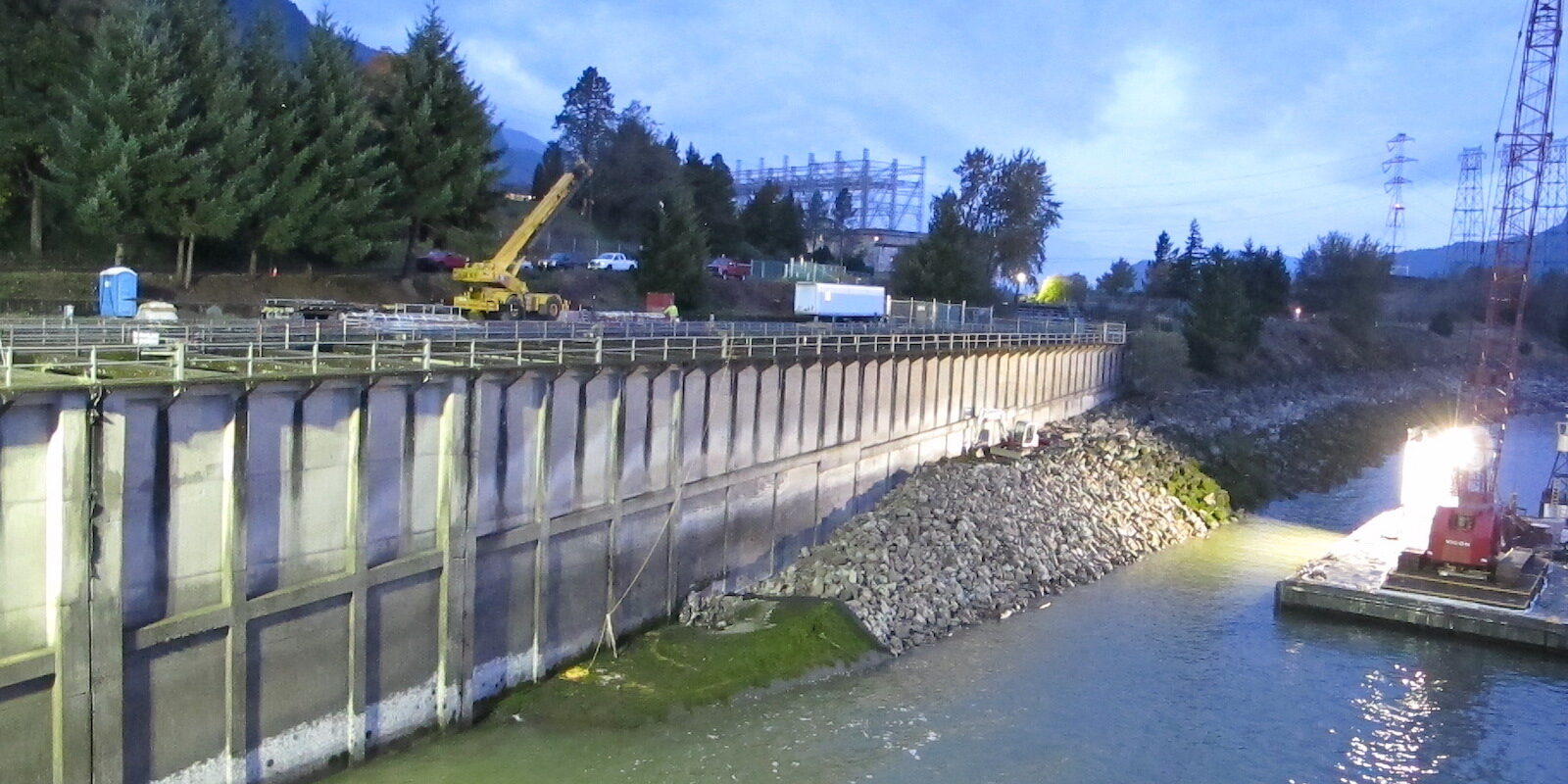