To protect public health and the environment while ensuring the system continues operating safely and reliably, dual 36-inch diameter wooden sewer pipes installed in 1935 in the deep sediment of Salmon Bay in downtown Seattle required replacement. The pipes convey wastewater across the bay, ultimately ending up at the West Point Treatment Plant. This project reduced the potential for combined sewer overflows into the Ship Canal, a man-made excavation forming a navigable waterway between Lake Washington and Puget Sound, and met Seattle’s existing infrastructure requirements while adding needed capacity to serve growth in the north Seattle area.

This project included construction of launch and retrieval shafts and 2,100 feet of 114-inch segmentally lined tunnel with an 85.5-inch diameter final liner and backfilling of the annular space with cellular grout. This project also included slip-lining two existing 36-inch wood stave pipelines. Common when the siphon was originally constructed, the pipes were similar to wooden barrels with metal compression bands holding the staves together. King County maintained flows through the aging pipes until the new pipeline was constructed.

The existing Ballard Regulator was expanded and reconfigured to divert flows through the new 85.5-inch line. An underground structure was constructed at the launch site that directs flows from the new conduit to the existing North Interceptor.

Once the new pipeline was installed and operational, the wood pipes were taken off-line, cleaned and slip-lined with 30-inch HDPE pipe. For the cleaning process, 11,500 gallons of siphon sewerage were pumped to an adjacent facility. During the lining process, a specially designed apparatus was utilized to avoid damage to the wood stave pipeline. After the lining was complete, the pipes were hydrostatically tested and the annular space was grouted with cellular grout while being carefully monitored to avoid damage to the wood
stave and HDPE liner. The final step in the process involved integrating the relined pipeline into the existing system. The newly-lined wood pipes will remain on the floor of the bay in case they need to be used in the future.

The alignment of the tunnel included a vertical curve designed to reduce the depth of the retrieval shaft, to facilitate sediment transport within the tunnel and allow tunneling to proceed upslope. A horizontal curve minimized the need for easements under private property and to avoid tunneling below existing pile-supported buildings.

To improve upon the schedule, JWF suggested use of a shaft excavation machine that was the first of its kind in North America. A Herrenknecht AG developed Vertical Shaft Machine (“VSM”) was used to build the 30-foot diameter, 145-foot deep launch shaft for the tunnel machine. The machine allowed crews to excavate the shaft in two months, which is three to four months faster than conventional excavation. Shaft building with the VSM involved excavating an initial section and building a concrete ring wall to support the machine. An operator remotely moved the machine down and precast concrete segments were installed to structurally line the shaft as the machine continued to excavate. The segments sunk as the machine’s pivoting cutting arm dug out the soil, allowing new segments to be added from above. 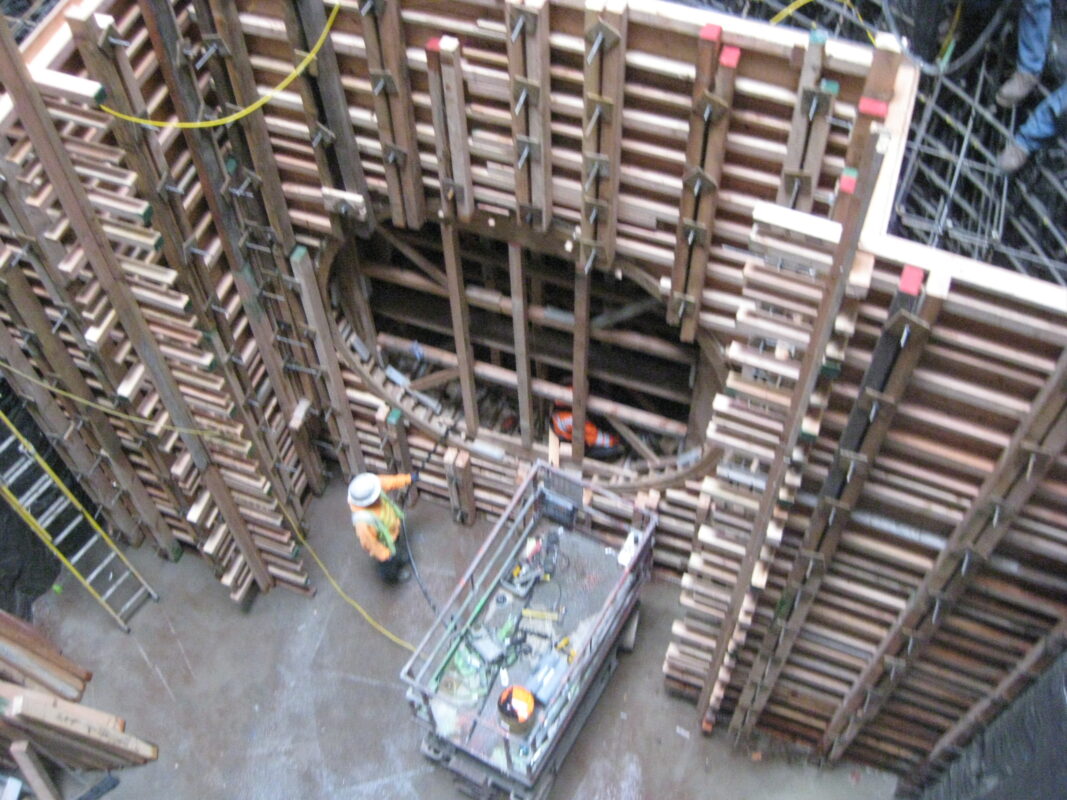 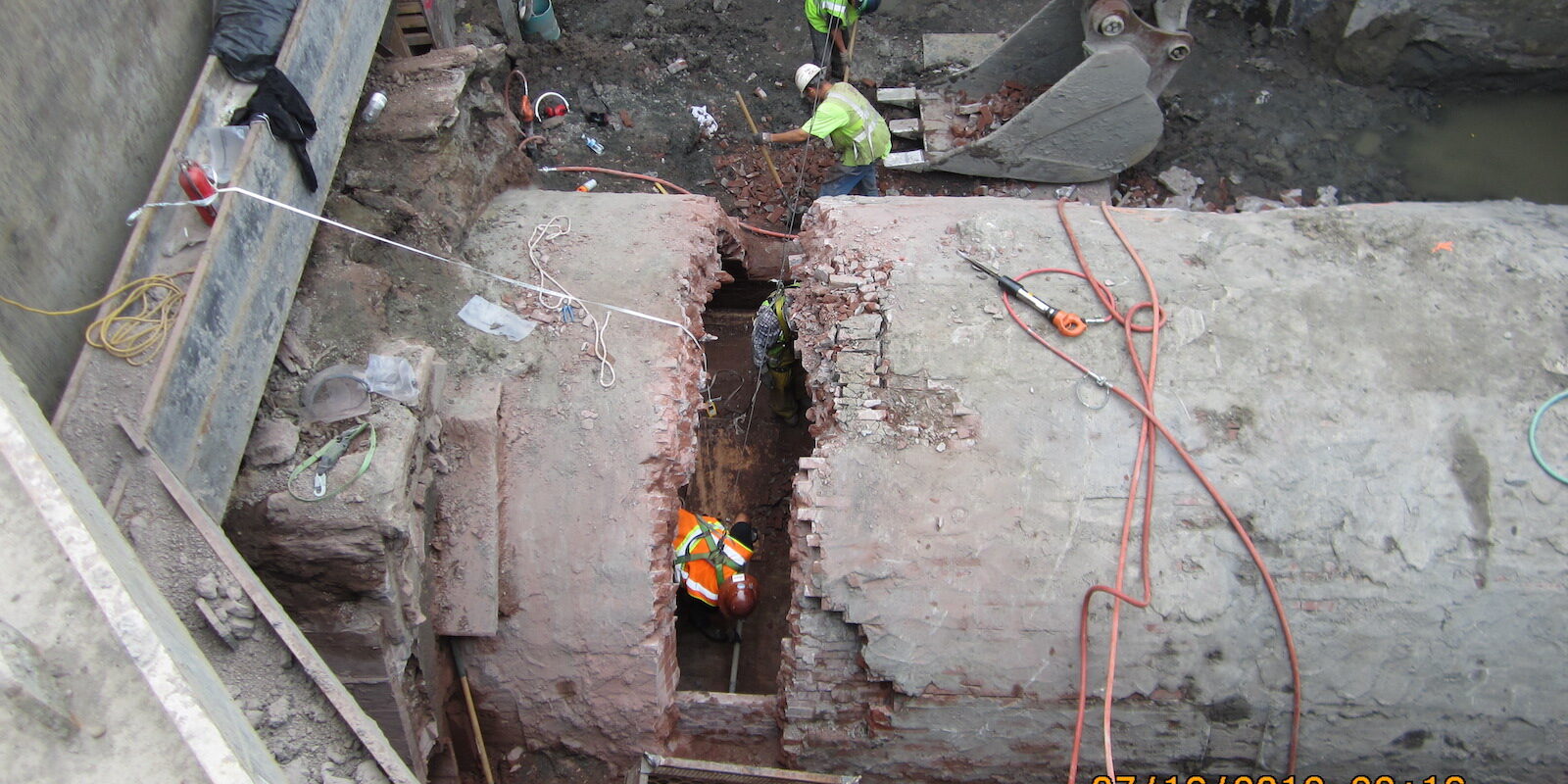 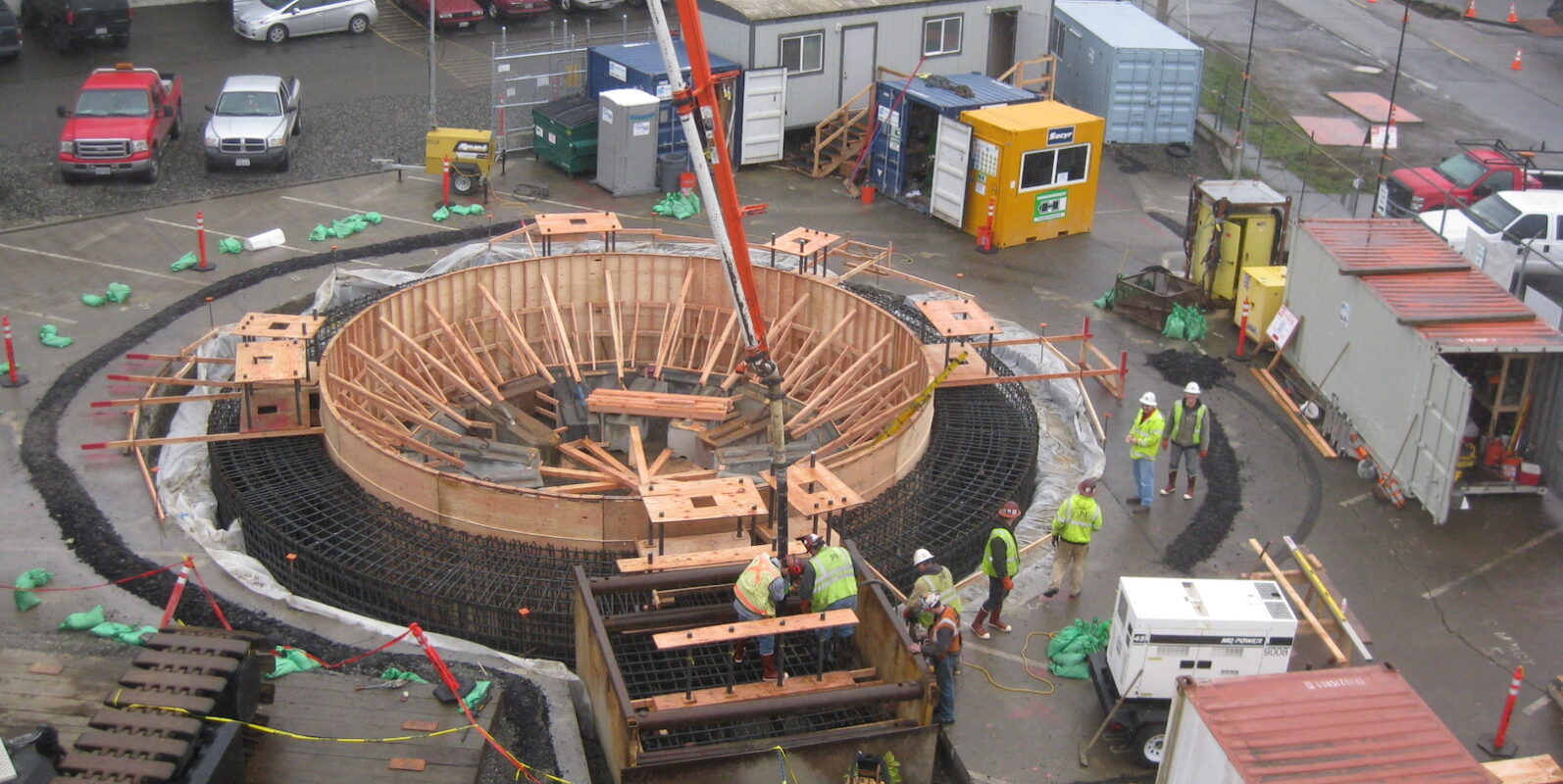 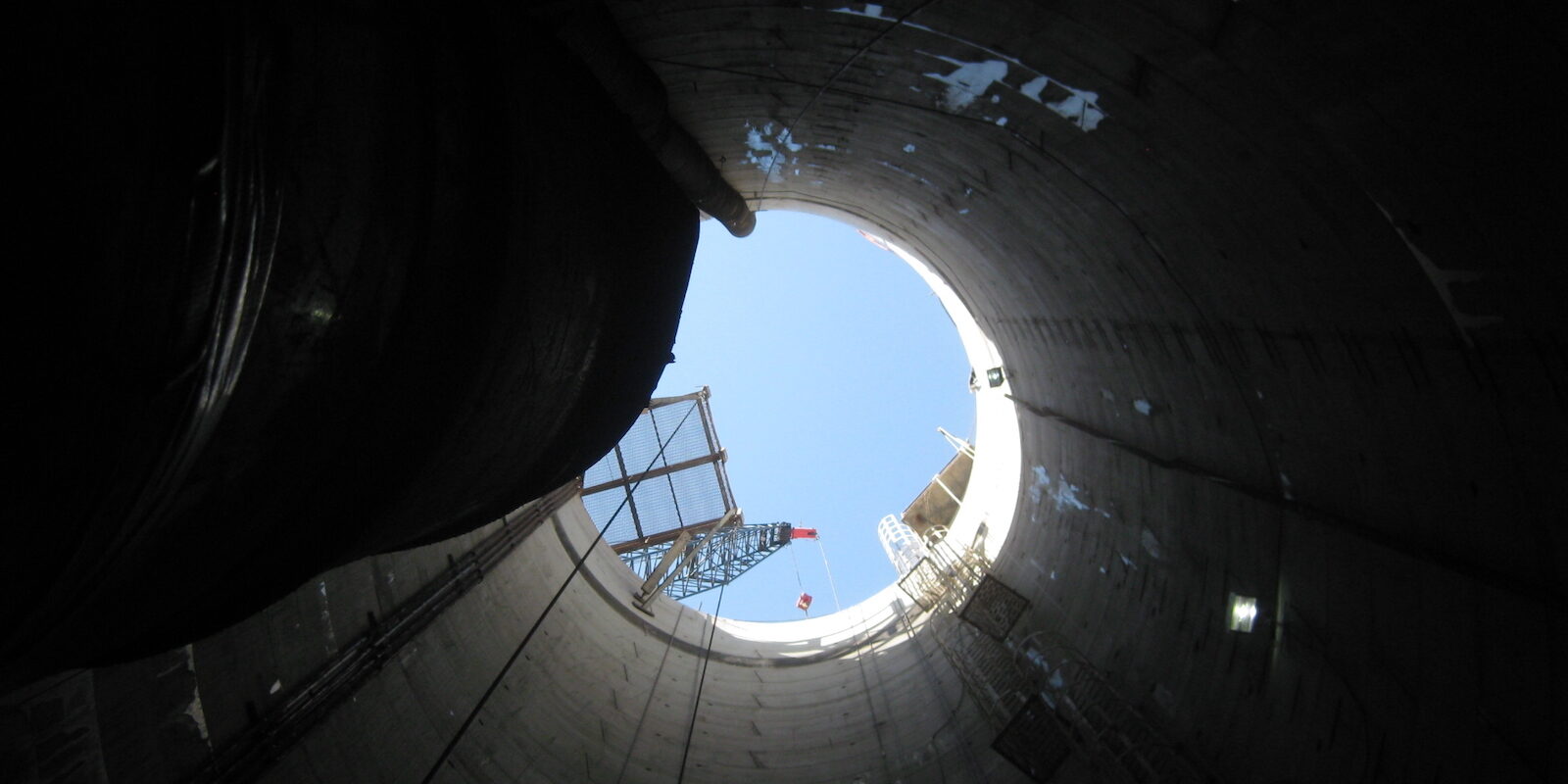 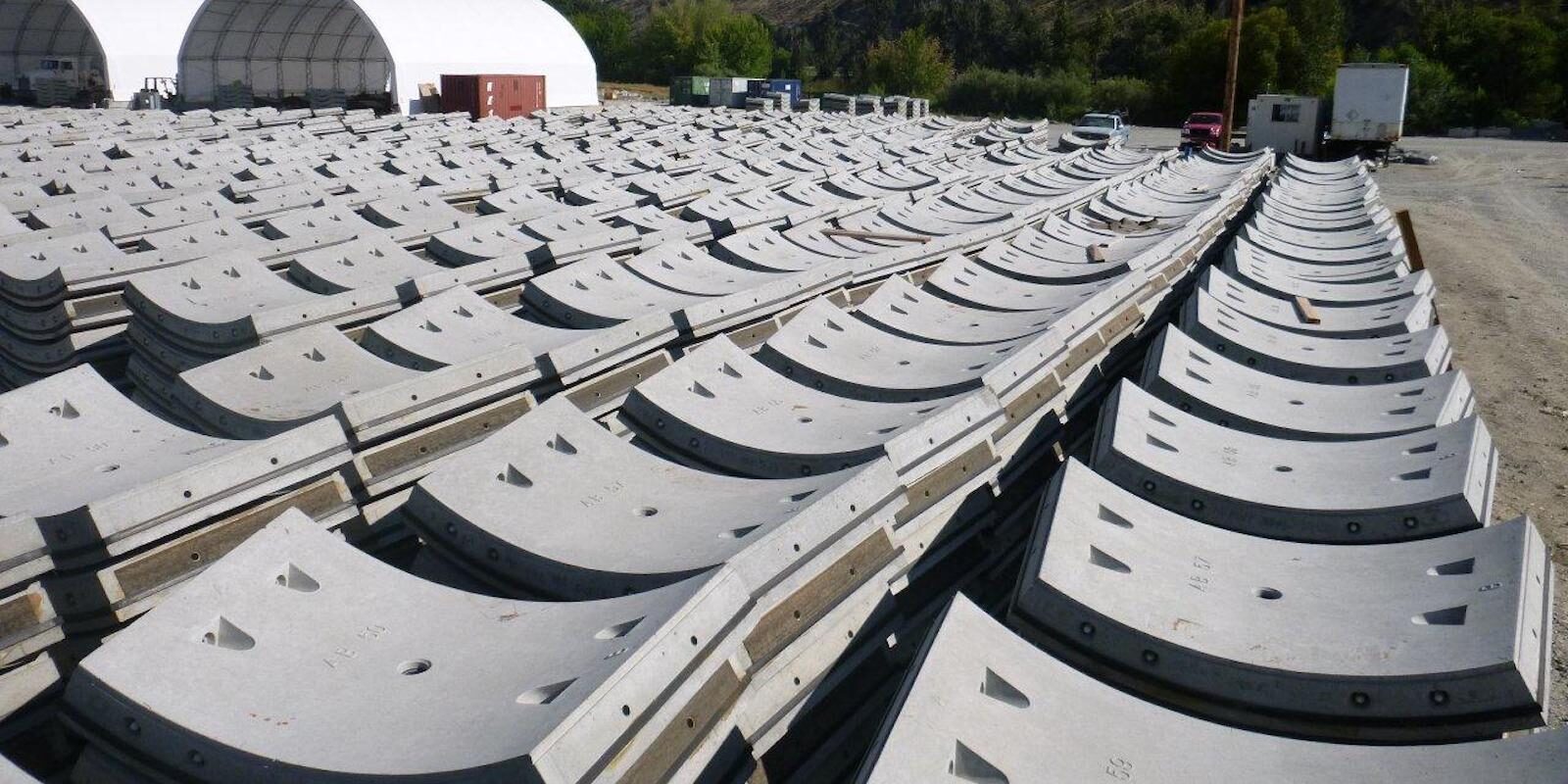 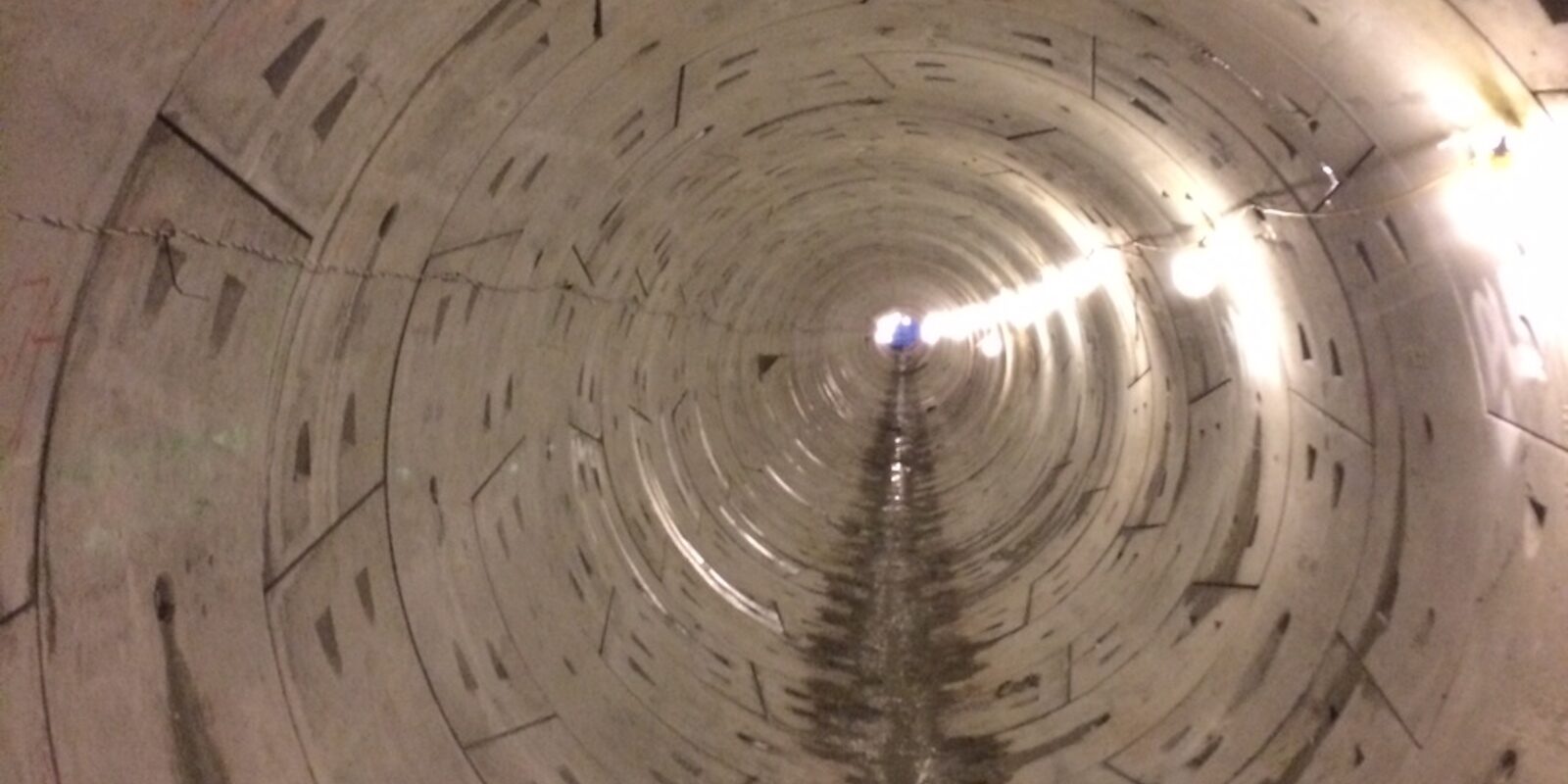