The Albany Regional Multimodal Center & US 20 / OR 99E Interchange projects restored a local cultural treasure, the historic Albany Train Depot Building, and provided the region with an attractive park setting for the new multimodal transportation center that serves as a critical transportation hub for the City.

The project is located in the historic downtown area and the rehabilitation of the depot building was a key component of the project. Built in 1908, the building was constructed using un-reinforced concrete blocks. The seismic rehabilitation of the building included installation of steel reinforcement grouted into the hollow cells of the concrete block, a new plywood roof diaphragm over the existing wood roof truss framing, a new interior shear wall and positive attachment of the walls to the roof framing and foundation. 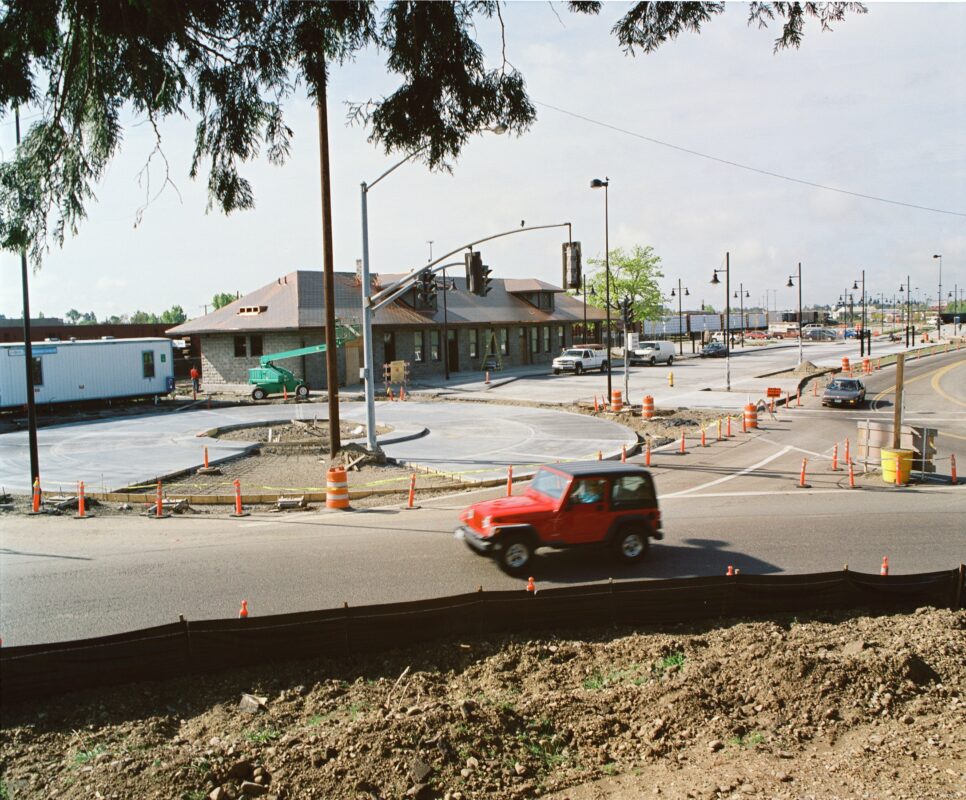 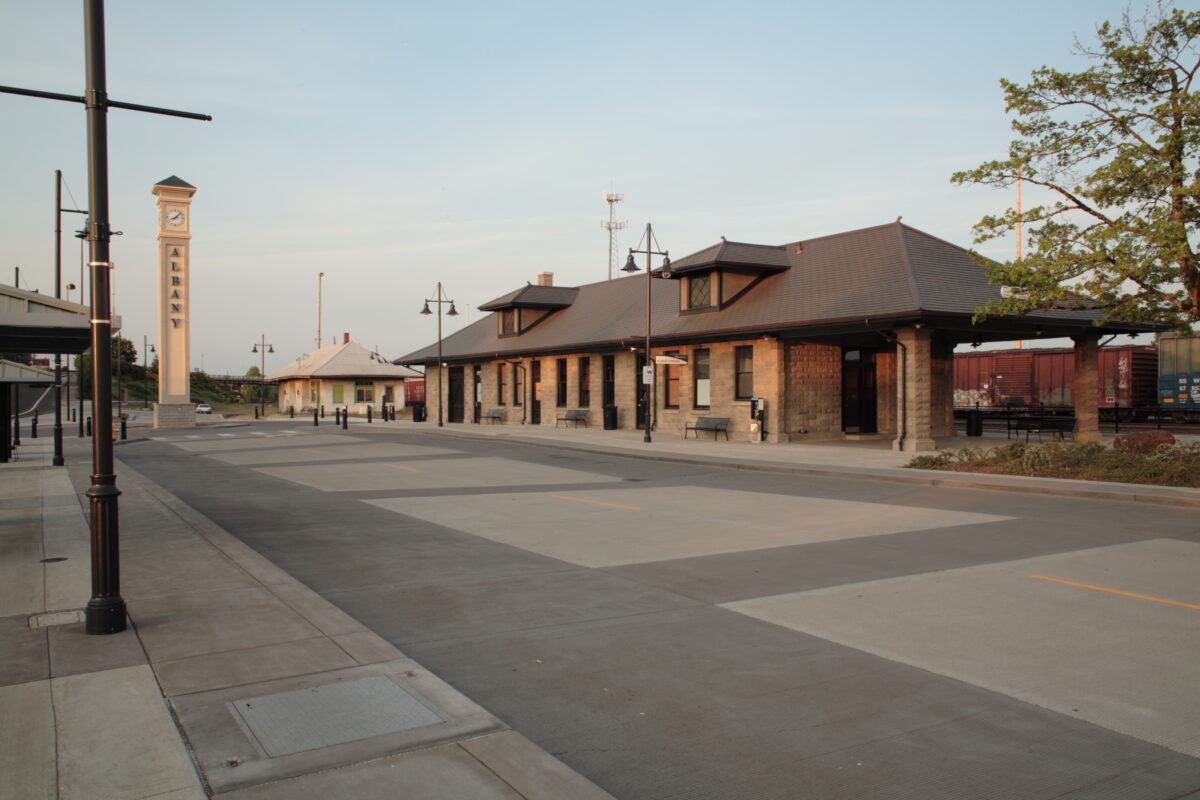 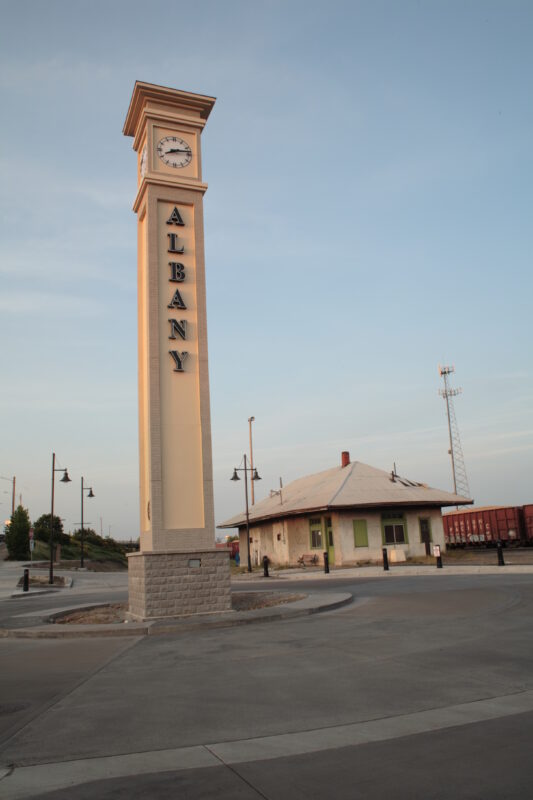 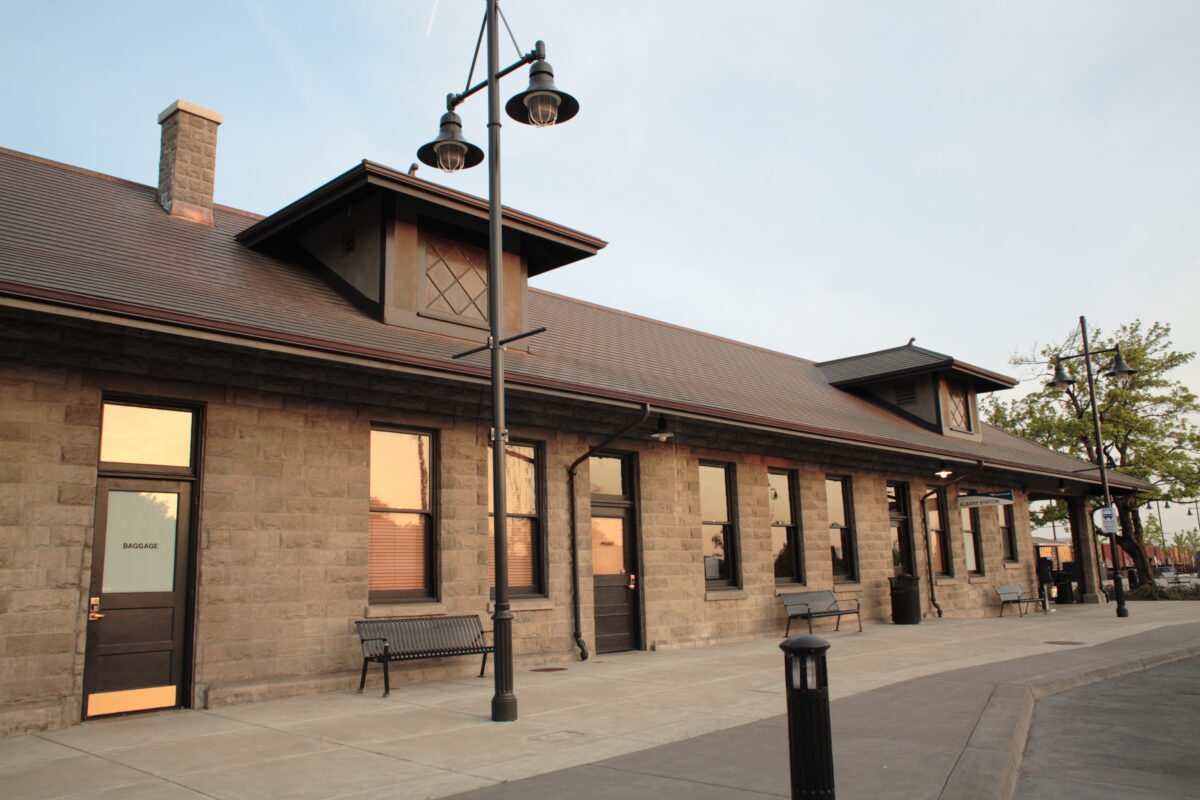 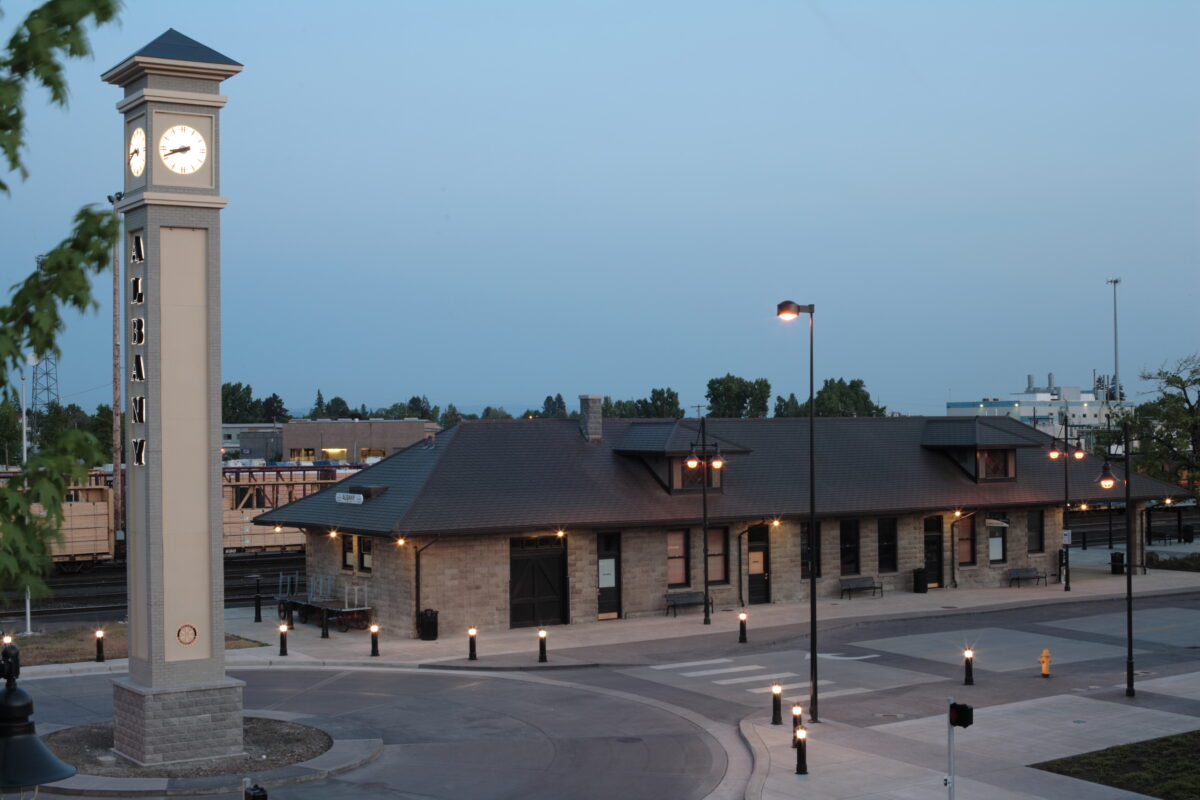 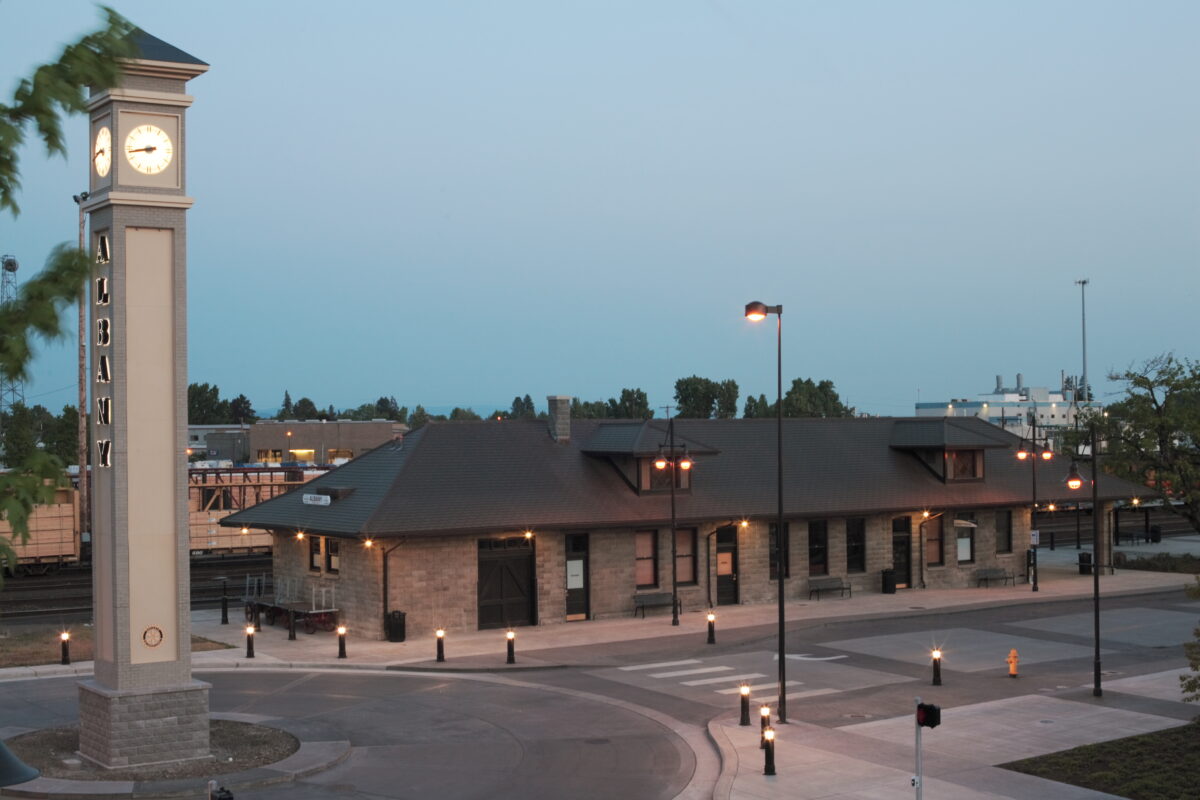 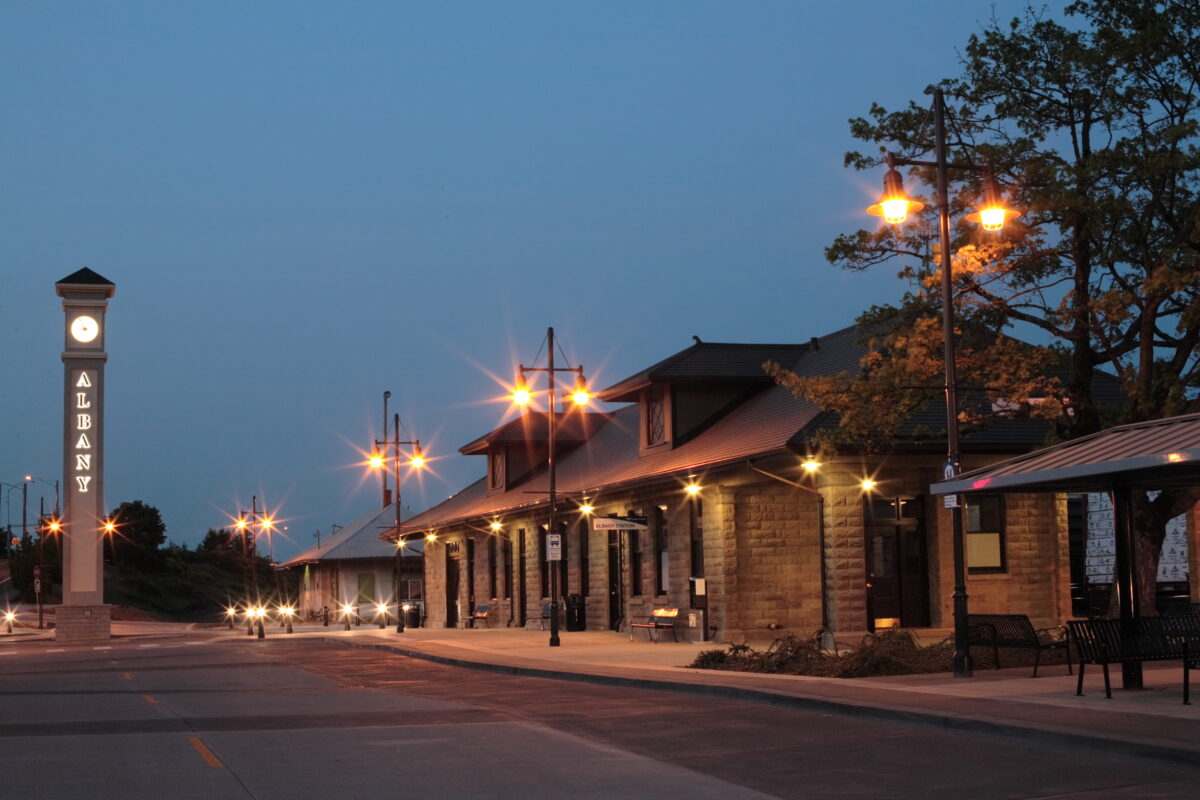 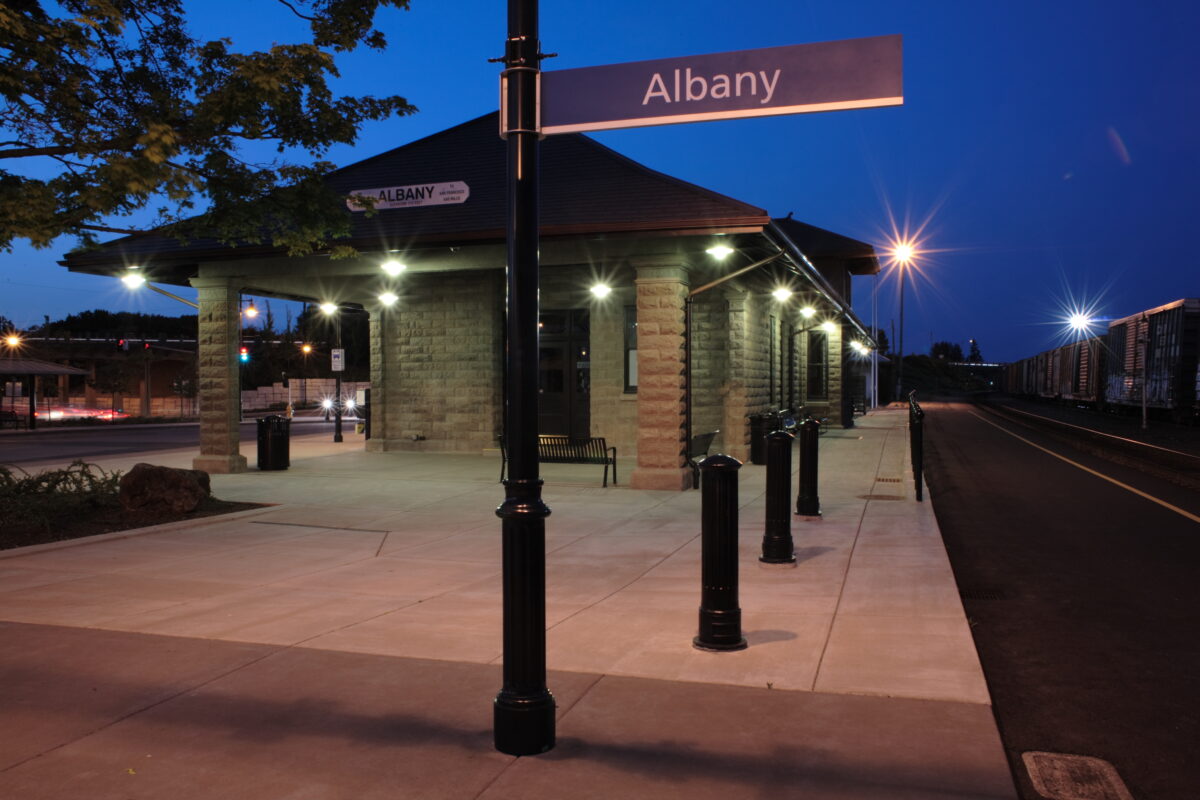 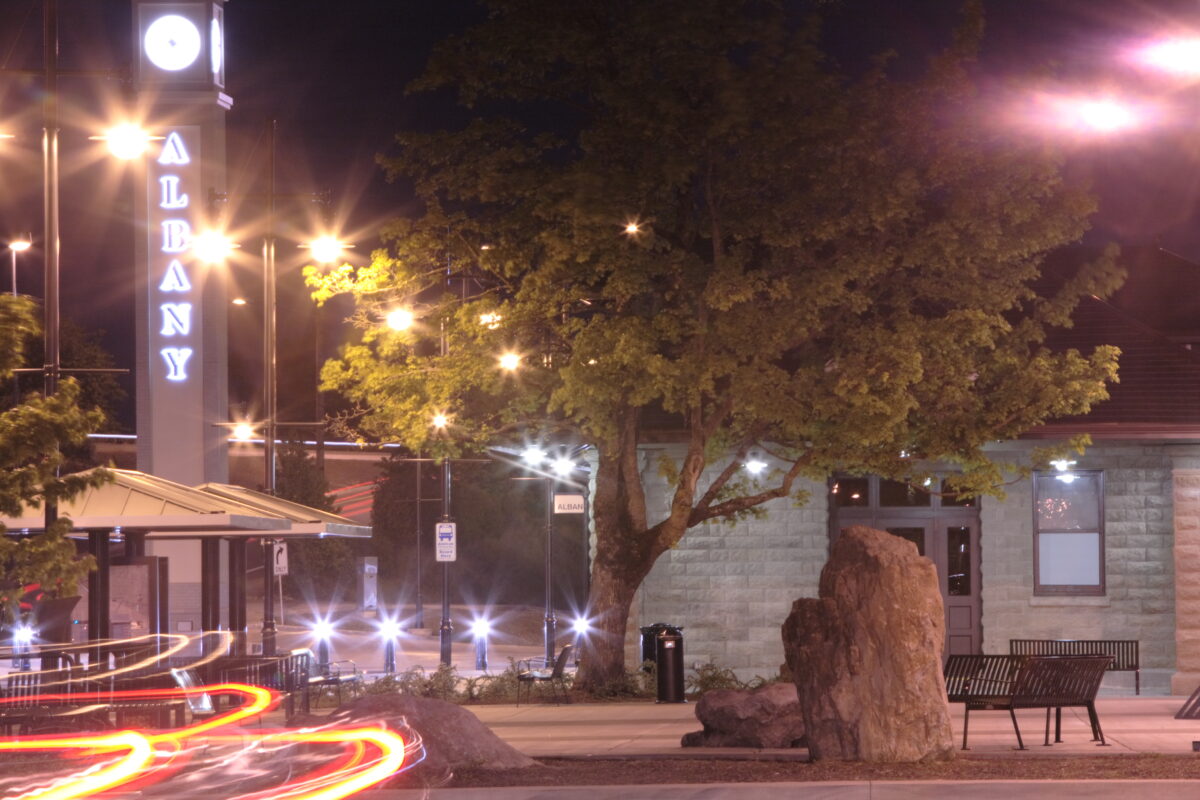 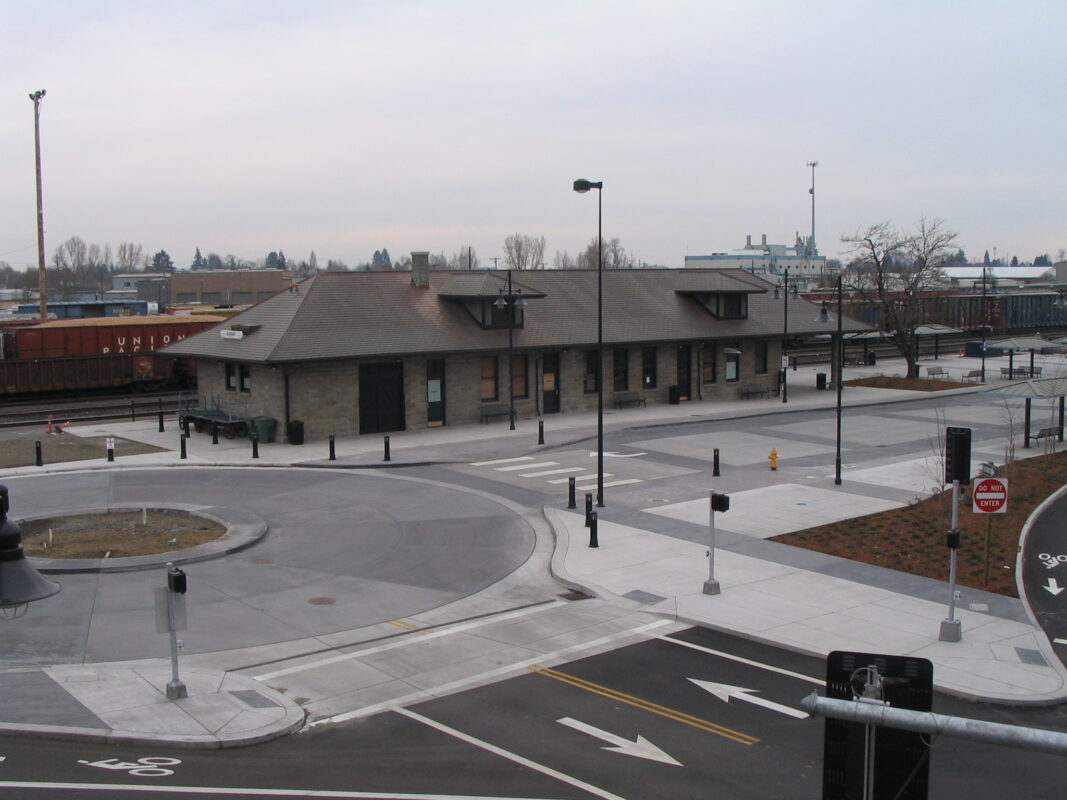